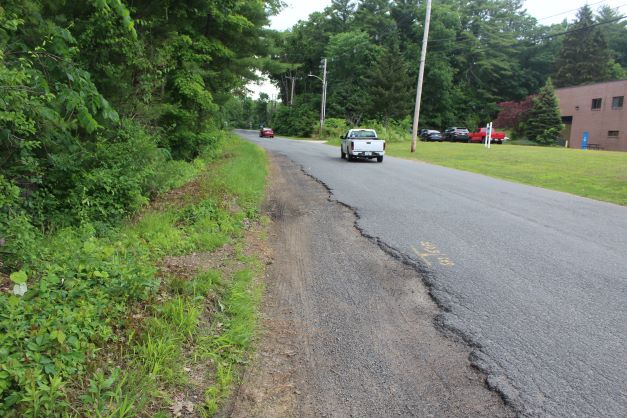 GEORGETOWN – The Land Court has told the town’s Planning Board it had no authority in September 2021 to deny a permit for a proposed 500-ton, per-day trash transfer station on Carleton Road.
That decision may leave only the denial by the town’s Conservation Commission (ConComm) standing in the way of G. Mello Disposal Corp.’s plans for the large station. The Board of Health voted to approve the station. Mello could face lawsuits filed by individual businesses and residents on Carleton Drive.
The Land Court decision, handed down last week, by Judge Kevin Smith also told the town that its Zoning Board of Appeals (ZBA) may rule on the application by Mello for a special permit to build the trash station in the Water Resource District on property owned by East-West Mirra Realty.
The ZBA ruled several years ago in favor of the station, but the members of the board have changed since.
Mello, which operates a much smaller trash transfer station on Main Street, has been fighting with town regulatory boards for several years to build an enclosed, state-of-the-art transfer station. The smaller station is not enclosed to protect the environment and is under pressure from the state to close it.
The larger station, which has drawn considerable opposition from residents, would process trash, including construction debris, from Georgetown and other North Shore communities.
The ConComm voted to deny a permit for the station. Mello appealed that decision. This Land Court decision does not affect the ConComm denial.
The Board of Selectmen this year did not reappoint two veteran ConComm members after the vote. It appointed Logan Umberger to fill one vacancy, but voted not to appoint Ida Wye, a landscaping professional, for the second. That vacancy remains.
In the Land Court decision, Judge Smith wrote: “The planning board need only have held a public hearing on an application for site plan review before the zoning board must hold a public hearing on an application for a Water Resource District special permit if the applicant requests such a hearing.”
The Planning Board held nine hearings on the transfer station between February 2020 and September 2021.
“That is all that is required by (state law) §165-35. Under the narrow question of whether Mello is entitled to a hearing on its application for a Water Resources District special permit, the answer is yes,” Judge Smith ruled.
The Georgetown zoning bylaw, which expressly requires site plan approval as a prerequisite to further regulatory review, was contradicted by state law, the court said.
In denying Mello’s application for the station, Planning Board Chair Harry LaCortiglia called Mello’s proposal “a really big nightmare.” He said the transfer station was “too intense” for the 3.5-acre site at the end of Carleton Drive next to Interstate 95.
“For the last year or so, I have been pounding my head to see how we could make it work,” LaCortiglia said in the board’s denial. “I can’t come up with a solution.”
The main issues board members cited were the increased truck and vehicle traffic at the intersection at Carleton Drive and E. Main Street, which is already rated a dangerous level F, and whether the taxpayers would have to pay to rebuild the narrow Carleton Drive.
The Health Board, which approved the station, ruled that Mello, not the town, would rebuild Carleton Road. An independent consultant said the deteriorating Carleton Road would have to be torn out to a level three feet down and rebuilt with proper drainage.
“It’s completely unreasonable to ask the town taxpayers to fund the costs,” Planning Board vice chair Bruce Fried said.
During the Planning Board hearings, Jon Samel, who owns two businesses on Carleton Drive, showed videos of 18-wheel trucks exiting off E. Main Street onto Carleton Drive swerving widely into on-coming traffic. Traffic projections estimated that several trucks would often be in the opposite lane trying to exit onto busy E. Main Street.
Mello proposed to provide off-duty police for the first 100 days to help reduce the congestion at the intersection. But the company did not commit to continue paying for police after the start-up period.