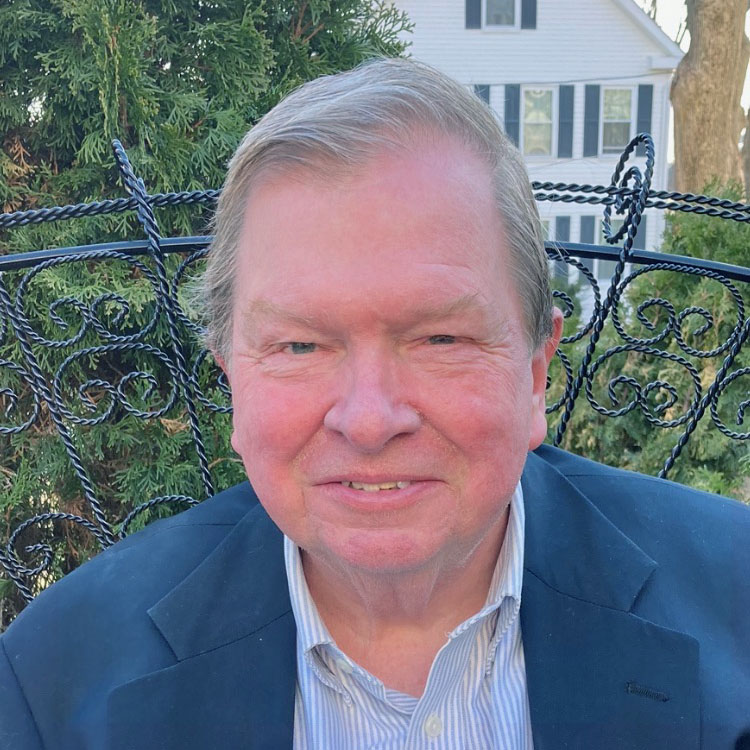 Stewart Lytle is the lead reporter for The Town Common newspaper. Before joining The Town Common, he was a national correspondent for Scripps-Howard Newspapers in Washington, D.C., covering the Pentagon and Congress. He has also written for newspapers in Dallas, TX, and Birmingham, AL.

As a national reporter for the Scripps Howard newspaper chain, Stewart wrote the inside story on military life of soldiers and sailors and their families. He landed on aircraft carriers, experienced oxygen deprivation for high-altitude flight training and crawled through the mud with Marine snipers.

One of his proudest achievements outside of journalism was assisting USAA Chairman Robert McDermott in securing federal legislation that mandated air bags in vehicles.

His first novel, Iron City Conspiracy, explores power in a city. It features a black newspaper editor solving the bombing of a historic black church in a tough Alabama town.

Following in the footsteps of his idol, Ernest Hemingway, Stewart has completed a new novel about a love affair in the midst of the Spanish Civil War. The book, Montserrat, is based on a true story and has been made into a screenplay that will become an international feature film.

A graduate of Phillips Academy and Princeton University, Stewart lives with his wife, Mary, in Newburyport.

A Special Chair to Honor POWs/MIAs

TRITON REGIONAL SCHOOL DISTRICT – Next Spring at the graduation of the high school class of 2023 or in the fall when Triton is playing a rival football team, the stadium on the Triton campus may have standing room only. People may have to lean against the fence...

END_OF_DOCUMENT_TOKEN_TO_BE_REPLACED

REGIONAL – For those who fly the Ukrainian flag, the liberation of the city of Kherson has brought joy during this holiday season. But for Jarred & Nadiia Sadowski, who live and work on Plum Island, it has brought new challenges as they try to send food and money...

END_OF_DOCUMENT_TOKEN_TO_BE_REPLACED

Solace for Stephanie Helps 100th Cancer Victim By Stewart Lytle REGIONAL – An 82-year-old Salisbury woman suffering with stage 4 cancer was distraught that she could not keep her house clean. MaryAnn “Mo” Levasseur, a founder of Solace for Stephanie, heard about the...

END_OF_DOCUMENT_TOKEN_TO_BE_REPLACED

Rte. 1 Gets a Traffic Signal

ROWLEY — One of the most dangerous intersections on state Rte. 1 is about to get a full traffic signal to replace a blinking yellow light in hopes of cutting down on accidents. The intersection at Central and Glen streets, which has a severe blind spot for cars...

END_OF_DOCUMENT_TOKEN_TO_BE_REPLACED

ROWLEY – At 11 a.m. last Friday, the 11th day of the 11th month, Bob Breaker, a Coast Guard veteran and chair of the town’s Veterans Committee, raised the American flag in front of Town Hall to fly above four newly cleaned granite markers honoring local veterans who...

END_OF_DOCUMENT_TOKEN_TO_BE_REPLACED

REGIONAL – Dawne Shand will be the first woman to represent the First Essex District in the state house since Barbara Hildt held the seat from 1983 to 1993. For the next two years, Shand, the former president of the board of directors for the Massachusetts Women’s...

END_OF_DOCUMENT_TOKEN_TO_BE_REPLACED

IPSWICH -- New town manager Stephen Crane has taken up his new duties, giving his first report to the town’s Select Board last Monday. “It’s been a busy, but fun first five days,” Crane told the board that hired him out of three candidates to manage the town’s...

END_OF_DOCUMENT_TOKEN_TO_BE_REPLACED

NEWBURYPORT – The city is joining about 150 Massachusetts communities in reducing skyrocketing electricity rates by bundling most of its residents’ purchases this winter to save more than $2.2 million. The city signed a 10-month contract with Direct Energy Services,...

END_OF_DOCUMENT_TOKEN_TO_BE_REPLACED

Jim Wilson Was A Wonderful Man

No matter what Jim Wilson was into on any day, Bill Brett, his boss for years in the Boston Globe photography department, recalls that if you asked how things were going, he always said, “Wonderful.” Even last week when a stroke, induced by chemotherapy treatments to...

END_OF_DOCUMENT_TOKEN_TO_BE_REPLACED

REGIONAL — Redistricting every 10 years usually brings change to the political landscape as district lines are moved. This year, the impact of redistricting combined with legislators leaving office for other posts may be a near complete makeover of the North Shore’s...