Who Should Pay to Repair Old Benches? 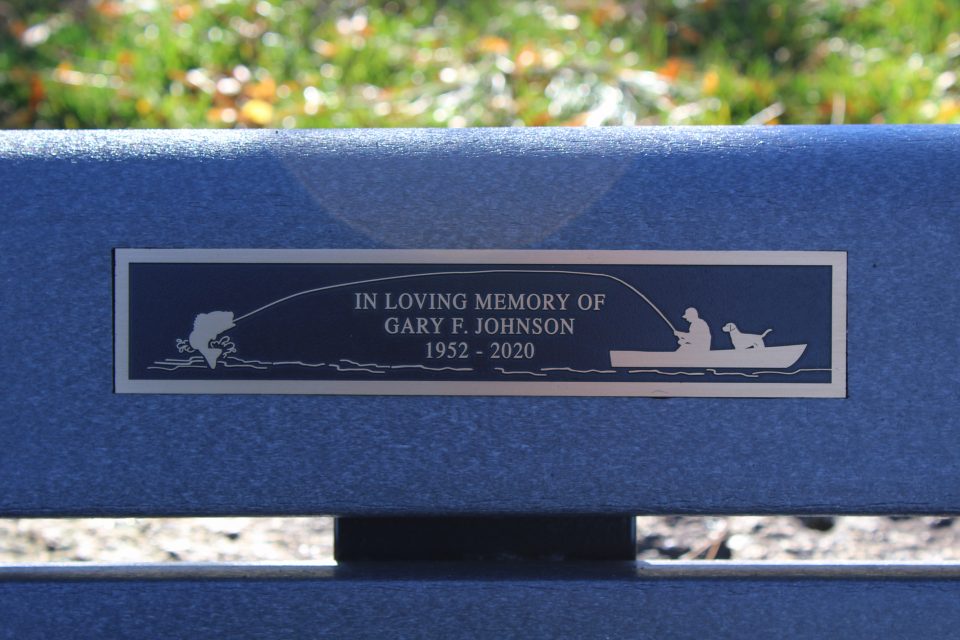 Photo: Stewart Lytle / The Town Common. A bench with a simple message

NEWBURYPORT — A bench on Market Square, which has been there almost a decade, has a plaque that declares it to be “A great place for Peyton and her Nana, Peg Roney.”

Another bench, donated in honor of Pat Connelly, has a five-line tribute, “Forever Remembered for her passionate love of Newburyport and boundless devotion to the Institution for Savings, Merrimack River Feline Rescue Society and helping the needy.”

Loved ones of Kris Broderick donated a plaque on the waterfront that states: “So I’m sitting planted here, lost among the swaying grasses.”

The loved one of Connie Quarantiello remembered her with one of her last wishes. The plaque on a bench at the waterfront reads: “Take me to the docks, one of my favorite places of all.”

A few offer words of encouragement like the loved ones of Sharon M. Pickett who quoted Albert Camus: “In the depth of winter, within me lay an invincible summer.”

Most of us would like to a plaque like the simple engraved drawing of a man and his dog gone fishing. It honored Gary Johnson with one more fish on the line.

While dozens of benches in downtown parks and along the waterfront provide comfort to those weary from sightseeing and shopping, they are beginning to create a problem for the city parks department. Many sit on park-owned land and are beginning to deteriorate, like the one someone bought to honor D.K. Stewart. It has lost one its slats to rot in the salty air.

“We’re getting calls about the benches,” park manager Mike Hennessey told the Planning Commission last week. So, he asked his staff to conduct an inventory of the wooden and stainless-steel benches to determine which ones need repair or replacement.

Asked how many benches there are in the city, Hennessey said he had no idea. Thus another reason for the inventory.

A stroll along the Merrimack River waterfront, through Market Square and up Inn Street passes by dozens and dozens of benches, most of which have been purchased by a donor who commissioned a plaque to be attached to it. The cost today for a bench and plaque runs about $3,000.

The questions Hennessey wants the Commission to answer are: Who decides what is written on the plaques? And who owns the bench and the plaque? The donor? Or the city?

Hennessey wants the Parks Commission to limit the words on each plaque to either “In Loving Memory of” or “In Memory Of,” the name of the honored person and the date.

When the bench needs repair or replacement, is it up to the city, who owns the land beneath the bench, to fix it?

Hennessey did not say so, but it is unlikely that the city council is willing to foot the bill to repair or replace benches and plaques that wear out, get damaged or stolen.

He told the commission that the city of Los Angeles, which got tired to spending money to replace a stolen plaque honoring the actress Marilyn Monroe, passed a rule that the taxpayers would replace a stolen or defaced plaque only one time. After that, it was up to donors.

While none of the Newburyport plaques have that kind of appeal, Hennessey said the benches they are on wear out. He estimated the mahogany ones last about 10 years. The stainless-steel ones last much longer, he said.

He proposed to the commission, which will consider passing a rule at a future meeting, that benches and plaques be installed for only 10 years. At that point, the donor has the right to donate more money to repair or replace the bench and plaque. Or the donor can take it home.

Hennessey indicated he would be happy if the donor takes the bench home. “It would free up some valuable space for another bench,” he said.

Even with the expansion of the Clipper City Rail Trail, the city is running out of prime spaces to install benches.