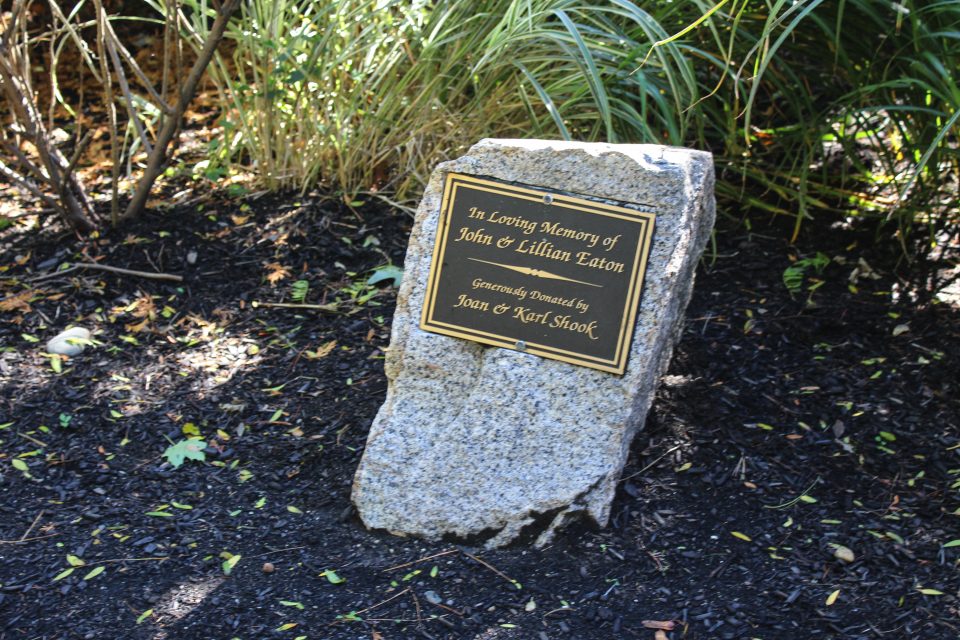 Lise Reid, the recently fired parks director, informed a frustrated Monzione on Oct. 3 that after months her donation would be returned. But city councilors are unclear where the check is to be paid from since the Conservancy has no bank account.

And according to city councilor Jim McCauley, Monzione’s donation is not the only gift to the Conservancy that has gone unfulfilled.

McCauley last week labeled the Conservancy, which receives $70,000 and $80,000 a year in donations, “a ghost company” that does not have its own tax ID number, governing board of directors or even a bank account.

“How are they cashing checks? How are they paying bills?” McCauley asked. “Is there a list of donors?”

Donations to the Conservancy on its web page are mailed to Grady Financial Services, a financial planning and accounting firm in downtown Newburyport.

Councilor Byron Lane, who has been assisting Monzione in her efforts to honor her sister, called the situation “a mess.”

The issue, which McCauley said appears to be “an inappropriate use of public funds,” was referred to the council’s Budget and Finance Committee last week.

The Conservancy is part of the Mayor Gayden W. Morrill Charitable Foundation, run by Robert Morrill, president, and Reid, who continues, after being fired as parks director, to work on a volunteer basis for the Conservancy. The Morrill Foundation has been a major supporter of the city’s parks.

“There is no paperwork,” McCauley said, including a filing with the Internal Revenue Service that it is doing business as the Parks Conservancy.

She continued: “With so many people trying to make this work, it is amazing that yet another ridiculous roadblock has come crashing down in this process. In addition, my future visits to Newburyport will be forever tainted by this memory.”

Even city councilors assumed that the Parks Conservancy is a non-profit organization closely associated with the city’s Parks Department and overseen by the Parks Commission.

The commission oversees the city’s 26 parks and the operation of the parks department, but not the Parks Conservancy.

The Conservancy inquiry comes as Mayor Sean Reardon is rewriting an earlier proposal to reorganize the Parks Department, placing the maintenance of the parks in the Department of Public Services. The parks would be run as a separate fourth division at DPS along with divisions over sewers, water and highways, each managed by its own director and reporting to the DPS director. Currently, the DPS director position is vacant.

Reid, who served as parks director for 16 years, was removed as part of the reorganization plan that has not been approved by the council. Reid in an email last week said she would answer questions by email from The Town Common about the department’s reorganization, her removal and the Conservancy, but she has not responded to questions. A later email said Reid was out of town until this week.

“I’m not trying to raise a conspiracy theory,” McCauley said. But he said he has not been getting “the right numbers” when he asks how the funds donated to the Conservancy are being spent. “Two and two are adding up to three,” he said.

Kim Turner, director of special projects in the mayor’s office, confirmed that there is an audit of the conservancy on-going, and referred questions about it to city budget director Ethan Manning, who did not respond to the Town Common’s request for an interview on the audit.

According to the web site, the city’s operating budget for the Parks Department pays for staﬀ to manage parks projects. “That means all administrative costs and routine staﬃng expenses are paid for so that your donation can be used entirely toward your chosen purpose,” it states.

But McCauley said he has been told that 35 to 45 percent of donations to the Conservancy go to pay expenses that include $8,500 for office work, $5,000 for fundraising and landscaping.

Reid wrote to Monzione: “Dear Ann Marie, I am sorry to say the engraving was not completed on Friday after all. I will request a full refund for you today. It seems I had gotten approval for placement of the granite seating when I was still acting as Parks Director, but apparently failed to obtain the proper approvals for engraving.”

The Parks Commission had approved the location of the bench for Monzione’s sister’s memorial plaque on the waterfront section of the Clipper Heritage Rail Trail, but not the wording on the plaque. When commissioner Paul Swindlehurst notified Reid that the work had begun, she wrote Monzione that she “shut down the engraving work while it was in progress on Friday.”

“I have been in contact with City representatives over the weekend. It sounds like we will be mounting plaques rather than engraving the stone directly. The process of gaining approvals and ordering the plaques will take at least another six weeks, maybe longer based on the fact that winter weather may be upon us by the time we receive the plaques,” Reid wrote. “I am sorry this process has been so frustrating and, ultimately, disappointing. I wish you the best in finding a less problematic way to memorialize your sister’s life.”