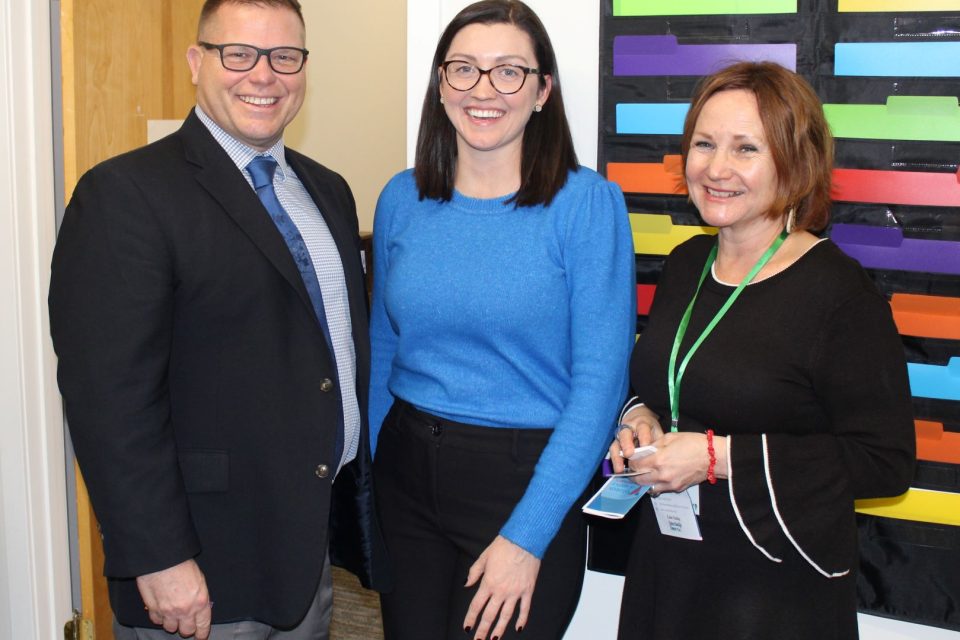 REGIONAL – The Center for Children and Teen Center (CATCH), which addresses the mental health challenges of youth, officially opened for business last week with 42 clients and 60 more on the waiting list.
Such is the need, said program director Carolyn Gayler-Romero. Two weeks ago, she predicted the number of teens and children, ages five to 18, who come for help, “will snowball.”
“We didn’t have to put up a poster,” she said.
A program of Link House, Inc., CATCH is located in Amesbury’s Boston North Technology Park. The opening event attracted school officials from Newburyport and Whittier Tech and Mayor Kassandra Gove, whose school district has partnered with CATCH.
The program, which treats anxiety, depression, gender dysphoria, trauma, substance use disorder and co-occurring mental health disorders, provides one-on-one and therapy sessions for students in school and at its offices.
“The family focused program will empower children and teens to handle the daily challenges of their lives, while equipping the families with tools and insights to help children and teens thrive,” the CATCH web site states.
CATCH’s multi-disciplinary team includes licensed social workers, nurse practitioners, psychologists and executives with experience in behavioral health.
Christine Turner, senior director of Link House services, said, “The need was so urgent, we could not sit idly by. People kept asking ‘why not the kids?’ We took it on.”
Kael Brooks, the CATCH clinical supervisor, spent the last several years identifying the scope of the challenge by surveying parents and teens about their mental health. The results for the North Shore showed that 21 percent of those surveyed suffered from depression, while 11 percent reported having considered or attempted suicide.
CATCH is funded by private and MassHealth insurance payments. The schools do not pay for the program.
The goal of CATCH is to help young people with their mental issues before they become addicted to drugs and alcohol and need services for adults at Link House, Inc., Turner said.
To do that, CATCH requires substantial private support. “We need the people with checkbooks to come,” Turner said.
“America is richest country in the world,” Turner said. “We can do it.”
For more information, visit catchkidsnow.org. 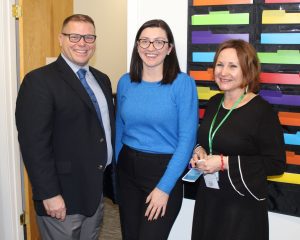