Rte. 1 Gets a Traffic Signal 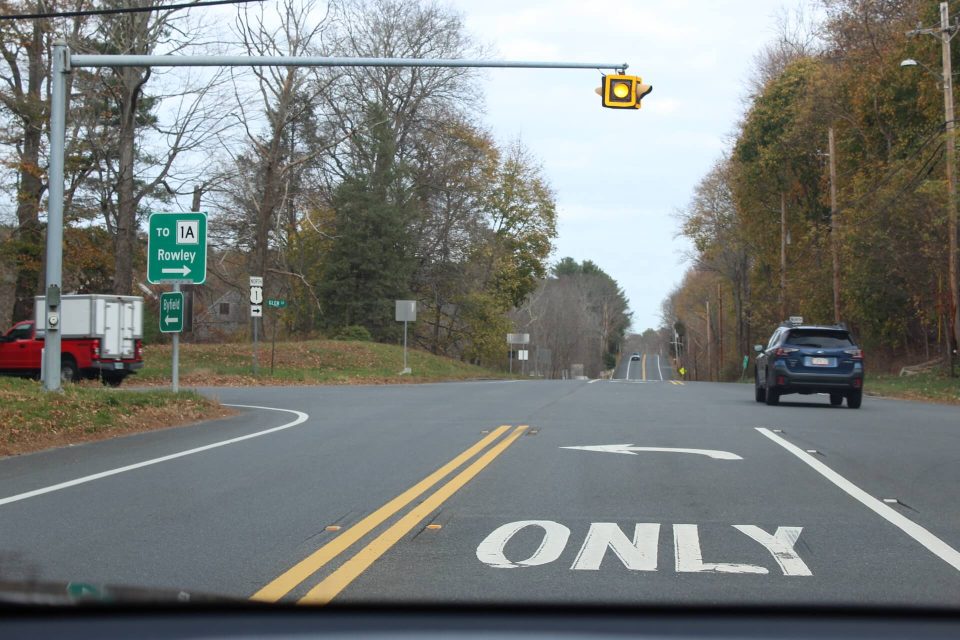 The intersection at Central and Glen street.

ROWLEY — One of the most dangerous intersections on state Rte. 1 is about to get a full traffic signal to replace a blinking yellow light in hopes of cutting down on accidents.

The intersection at Central and Glen streets, which has a severe blind spot for cars exiting Central, has had seven accidents with four injuries so far in 2022.

“You take your life into your hands trying to make that crossing into Rowley,” said Joseph Perry, vice chair of the town’s Select Board.

The project to improve sight lines and install the traffic signal, which will cost almost $1.38 million, will begin in March, according to the town’s police department. It will take seven months.

This work is in addition to the planned improvements to Rte. 1 at the Newburyport rotary.