Selectmen Vote Down Another ConCom Candidate 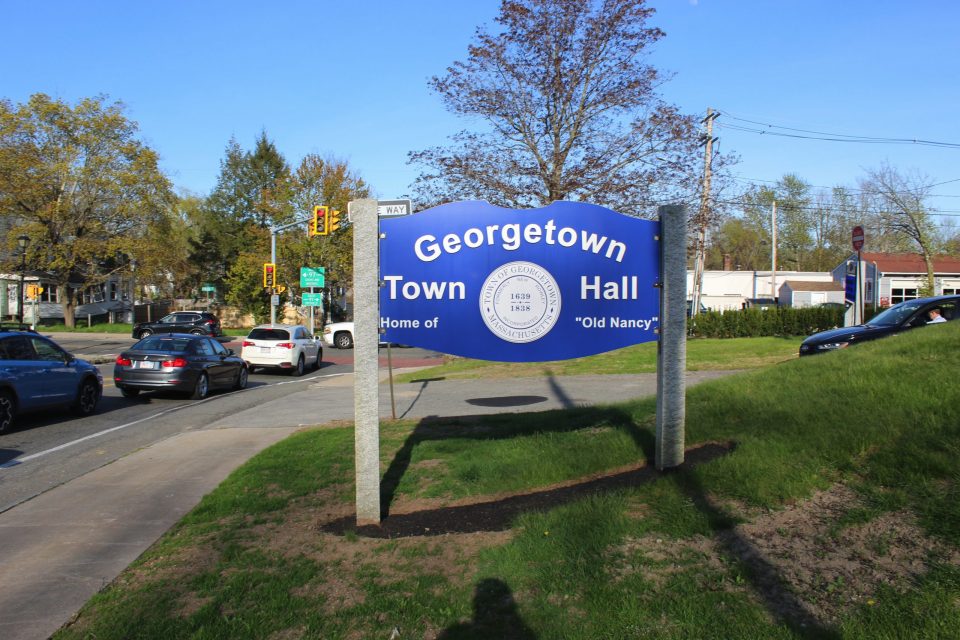 GEORGETOWN — In other towns, Ida Wye would be looked on as a prize when she volunteered to be a member of this town’s Conservation Commission (ConCom), a powerful board that regulates property development near wetlands.

Wye owns a landscape design firm, is a certified wetlands specialist and was an inspector and teacher at the U.S. Department of Agriculture. She graduated with a Bachelor of Science degree from the University of Massachusetts at Amherst, specializing in soil science and agronomy.

And she knows the town’s wetland regulations, which few other residents do.

But last week, the Board of Selectmen voted three to two not to appoint Wye to the town’s ConCom vacancy. Chair Doug Dawes voted with board members Gary Fowler and Peter Kershaw to reject Wye’s application.

Wye said she finds the board’s vote on her application “worrisome” for the town that is considering several proposed developments near wetlands, including new warehouses on National Way. And the permitting of the proposed 500-ton transfer station by the G. Mello Disposal Corp. is still on appeal.

Board member Amy Smith, who voted with fellow board member Daryle Lamonica to seat Wye, asked her fellow selectmen who voted no, “How long are you going to hold this seat open? Until you find somebody you like.”

Last July, the selectmen declined to reappoint two veteran members of the seven-member commission in what supporters of the ousted members believe is an attempt by some selectmen to force the commission to be more lenient toward development in enforcing the wetlands rules.

Land developers have proposed several times in recent years that the town rewrite its wetlands bylaw to allow buildings to be constructed near wetlands. But those proposals were rejected at Town Meetings.

The audience of more than a dozen residents who attended that meeting last summer shouted “Ridiculous” and “You should be ashamed of yourself” when the selectmen did not reappoint Laura Repplier, who had served nine years on the ConCom, and Rebecca Chane, who had served six years.

The two members, who were voted off the commission, had joined the unanimous decision by the commission not to approve the trash transfer station.

A petition signed by 100 residents has been submitted asking Dawes to step down from the Board of Selectmen, but no action has been taken. Dawes, the chair, did not say why he voted against Wye’s appointment.

For one of the two vacated seats on the commission, the selectmen appointed Logan Umberger last summer to a three-year term, but did not fill the other seat on the ConCom.

Kershaw, who praised Wye for her “tremendous experience,” said he voted against her appointment because the town needs a ConCom that reflects “a true cross section of the community.”

Smith pointed out that the commission does not have a wetlands scientist.

Fowler and town administrator Orlando Pacheco voiced concerns that the commission does not work with landowners, including homeowners, to help construction projects get approved.

“People would say that the commission is an uncompromising board,” Pacheco said.

Fowler lamented that in his childhood, trees could be harvested using trucks, driven into the wetlands, a practice that is not allowed today. He also cited examples of homeowners who did not get their plans approved for building a pool close to wetlands.

Wye said the commission is required to follow the town’s wetlands bylaw, which she acknowledged is more stringent than the state law. “You have to find a compromise,” she said. “It can be done.”

For her landscape design firm, she said she works with clients who must find solutions that meet their plans within the law. “There are ways of making the environment better,” she said. For storm water runoff, there are products that direct the water into the ground rather than having it run off into a waterway, she said.