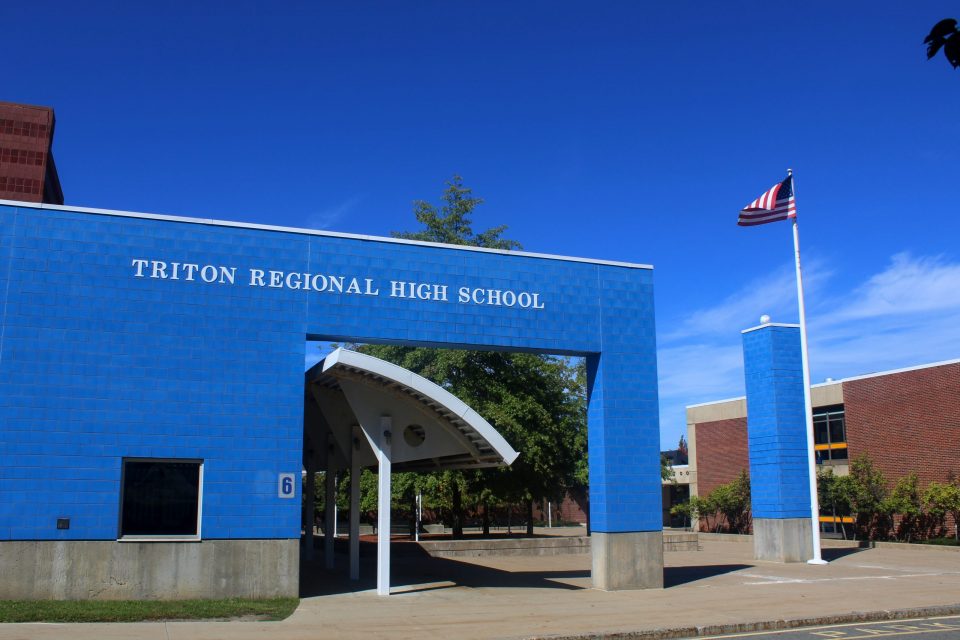 TRITON REGIONAL SCHOOL DISTRICT — Superintendent Brian Forget is cautiously optimistic that the Massachusetts School Building Authority (MSBA) will partner with the school district and Triton towns of Newbury, Rowley and Salisbury to overhaul the 51-year-old middle and high school buildings.

A senior team of MSBA officials, architects and designers are set to visit the Byfield campus on Oct. 6 to confirm that the building has deteriorated as badly as the district said in its application.

A study of the 286,000-square-foot building by Habeeb & Associates Architects of Worcester last year concluded that repairs to the building would cost more than $63 million and are increasing about 4 percent per year.

The reason for Forget’s optimism? Only 54 projects were submitted by Massachusetts school districts to the MSBA full core program this year. When Pine Grove Elementary School in Rowley was submitted and approved for its total overhaul several years ago, the district competed against 98 other projects across the state.

If Triton is welcomed in, the quasi-independent state agency, which is funded by a dedicated revenue stream of one penny of every dollar of the state’s 6.25-percent sales tax, could pay a significant portion, maybe more than half, of the costs of the renovations.

MSBA funded a little more than 52 percent of the eligible costs to renovate Pine Grove.

The good news is that the current combined middle/high school building is debt free. The district paid off the mortgage on a 1998-2000 expansion two years ago.

Triton will hear the MSBA’s decision by December, Forget said.

Much has yet to be done this fall, he said.

One of the biggest challenges is determining how best to pay for a required feasibility study that would likely cost up to $1.5 million. Forget said the School Committee’s finance subcommittee and Triton administration are working this fall with local town officials to determine how best to fund that study.

He expects to use existing federal grant and reserve funds to pay for as much as possible, and anticipates having a plan in place by the winter to be ready to take the next steps if the District is welcomed in

If the project moves forward next year, the feasibility study would determine several questions with the goal of finding the right 50-year solution, which is the MSBA’s expectation for projects they partner on:

• Is the current 98-acre site in Byfield the best place for the school?

• Is the building right sized for the current and projected future enrollments?

• Is the most cost-effective solution for this project a renovation or total rebuild?

Forget said MSBA prefers renovations, like it did at Pine Grove. And he expects that the feasibility study will confirm that the existing buildings should be renovated.

He also believes the study will show that the current location is the best place for the school. “I don’t know of any other site that would be better,” he said.

If welcomed into a partnership, Triton would also need to create a Building Committee of local officials and residents to oversee the project as a first step next spring.

Of the most critical needs, the Habeeb & Associates’ study found that $10 million was needed for a new roof. After a rainstorm, a Zamboni-like floor machine the size of a riding lawn mower scrubs and squeegees the floors to remove water inside the building.

The windows, particularly on the north and east sides of the building, leak badly. They were installed in concrete in 1971, when the school was built, and cannot be replaced.

An electrical panel, rebuilt during a renovation in 2000, also can no longer be repaired. During electrical outages, the school must call specialists wearing arc suits to keep from being electrocuted while making repairs.

The acoustic tiles in classrooms also are stained and sagging. The parking lots, sidewalks, patios and driveways are cracked and have large puddles. The nine rooftop air handling units use R-22 refrigerant cooling, which stopped being produced almost two years ago.

If approved, architects and designers will begin designing the new buildings, which could be smaller than the current buildings. Triton, like most North Shore school districts, has watched its student population decline in recent years. When this building opened in 1971, Triton had 1,700 students. Today, enrollment is about 1,000 students.