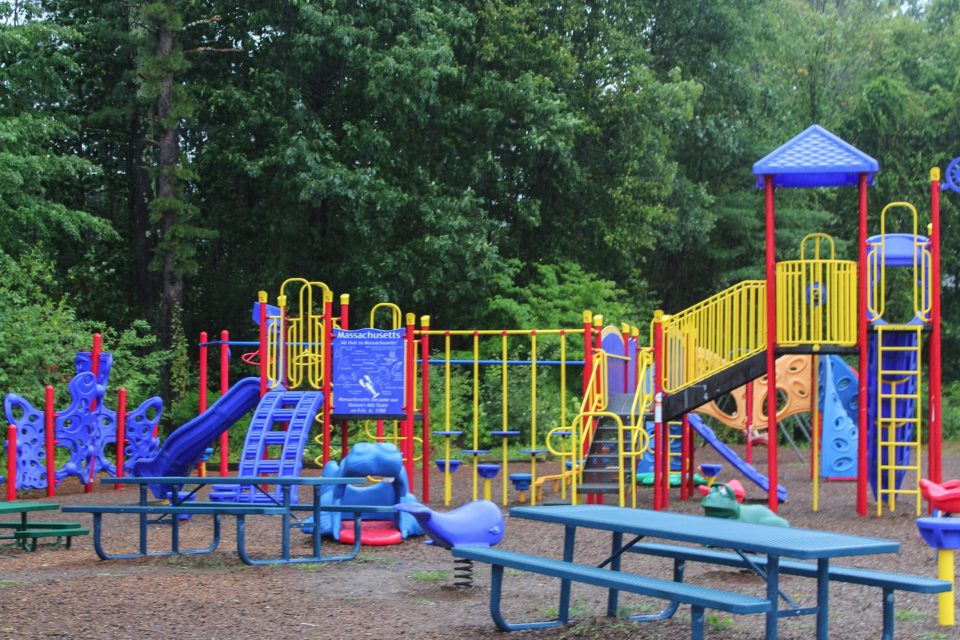 REGIONAL – Maureen Sabino has been one of the stalwart volunteers for years for Solace for Stephanie, which supports cancer victims, including her brother Peter and a close friend.

This year, Maureen not only helped with the annual Solace Comedy Night fundraising event, she and the Purple Team softball team in Topsfield organized their own fundraiser.

Named for Stephanie Jenkins, a popular Rowley hairdresser here, who died of cancer in 2010, the all-volunteer Solace helps dozens of cancer victims with gift cards for food and gas, their prescriptions, massages and physical therapy. In its 12 years of operation, Solace has assisted almost 100 people with cancer.

It also funded the construction of the Eiras playground behind the Rowley Police Department.

“We have a great following,” said Mary Ann (Mo) Levasseur, Stephanie’s friend, who works closely with Stephanie’s husband, Ron, her brother, Dominic, and her sons, Steven, Dan and Kyle Jenkins to manage the non-profit organization.

Solace believes that one person can make a difference and start a chain reaction of events to enable Solace to assist people with cancer.

Levasseur believes the Sabinos are a good example of how the chain reaction works,

“Unfortunately, we had to help her brother, Peter, who eventually passed of his cancer about five years ago, and we helped Maureen’s friend who also passed of her cancer about a year ago.”

The Sabinos, including Maureen’s husband Randy and daughter Haley, volunteered at Comedy Night, which attracted a packed Coolidge Hall building at the Topsfield Fair and raised more than $15,000 for Solace.

A few weeks later, Maureen proposed to the eight-team softball league that they hold a small fundraiser during the annual league banquet on Aug. 23. Since her Purple Team was organizing the banquet, they selected Solace as the beneficiary.

To raise money, the women softballers sold tickets for $10 to play the heads or tails game. Of the 120 who attended, 105 joined in with some players giving more.

A member of the Tie Dye Team won half the pot. She plans to use her $525 in winnings to take her son, an avid Patriots’ fan, to a game. It was something she never thought she could do for him.

An anonymous person then donated two pairs of TD Garden Club tickets as live auction items. One was for an Eric Clapton concert; the other for a LIZZO concert.

“Maureen was the auctioneer and THE bidding was great!” Levasseur wrote.

“We made $1,600 on those live auction items. It was amazing,” Levassaur wrote.

The Topsfield Women’s Softball League event raised a total of $2,600 for Solace.

“We will never forget this act of kindness,” Levasseur wrote. “Thank you, Maureen and the Topsfield Women’s Softball Team, for choosing Solace for Stephanie!”

Others who have contributed to Solace this year include Nelly Kozlowski, who donated Solace for Stephanie journals on each table at the Comedy Night. She also contributed a necklace for the silent auction.

The comedians performing at the Comedy Night were Paul Gillian, a Boston comedian who has been a regular at Solace Comedy Nights; Dave Russo and Carolyn Plummer.

Jim Wilson, editor and owner of The Town Common, placed the Solace Comedy Night flyer on a full page of the newspaper for months. He also donated his Good Earth soy candles for the raffle.