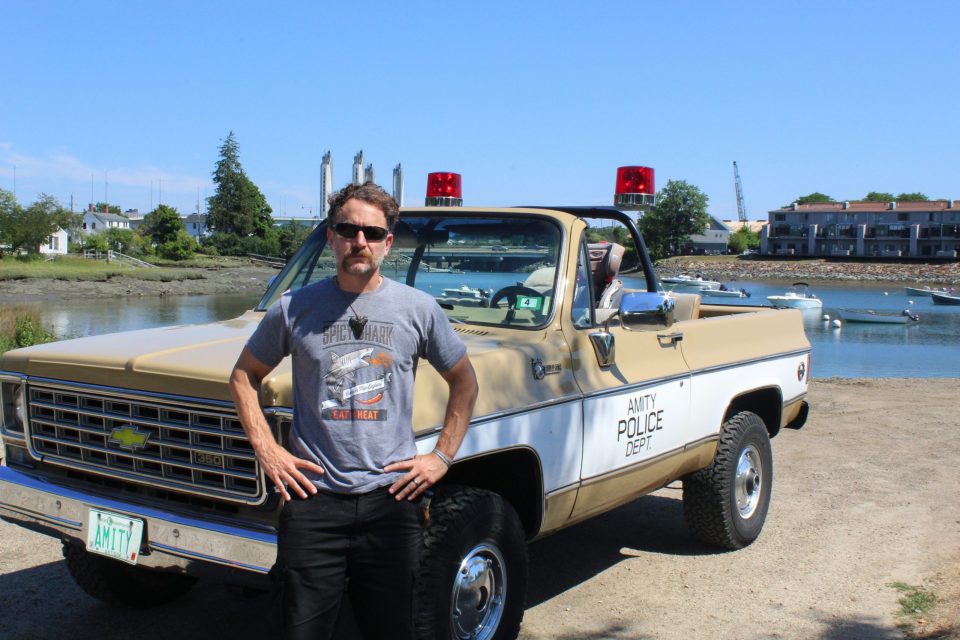 NEWBURYPORT – It is safe for sharks to swim again in the waters off this port city.

After eight years, the Newburyport Shark and Tuna Killing Tournament, which opens Sept. 11 for seven days, will no longer hand out prizes for killing the largest sharks. In a fundraiser for Dana Farber Cancer Institute, dozens of fishermen will compete on the best two days for the single largest tuna, not shark, caught off the Newburyport coast.

“It is lawful, legal, ethical, moral,” tournament head Larry Collins of Topsfield said last week, who noted that on average only two sharks a year were killed in the tournament.

“Our opponents don’t do their research,” he said, adding that the tournament, which brings in 45 to 50 boats with crews that average four anglers, is good for the city. “It fills up the bars and the hotels.”

Collins said he decided to drop the shark component to avoid a fight with Mayor Sean Reardon and the city council, although the only authority the city has over the tournament is control of city-owned equipment and land.

Specifically, Reardon told Collins and harbormaster Paul Hogg that the competing fishermen would not be allowed to use the city’s hoist or the docks. Without that equipment, competitors cannot lift the large fish from the boats.

Councilor at Large Connie Preston, one of the tournament’s strongest opponents on the council, said she is “thrilled” that sharks will not be targeted in this year’s tournament.

Preston said she has been researching shark-killing tournaments since she first learned about the Newburyport tournament last year. “Ultimately I concluded it is unnecessary to be killing sharks for sport.”

Gabe DiSaverio, who is such a shark lover that he named his spice company Spicy Shark and drives a replica of the Amity Police Chief Martin Brody’s Chevy from the movie Jaws, appears to have been the catalyst that ended the shark killing contests.

The Portsmouth, NH, resident has written letters to city officials in Block Island and Newburyport, created flyers for volunteers to hand out at festivals here and penned opinion pieces to newspapers.

DiSaverio first told Reardon about the tournament during his campaign for mayor. They continued to talk this year with DiSaverio arguing successfully to the mayor and councilors that having the city’s name on a shark-killing tournament was not good for its image.

“I’m thrilled,” DiSaverio said last week. Calling Collins’ statements in support of the tournament, “Orwellian,” he said, “Killing an endangered shark is anything but ethical.”

The National Oceanic and Atmospheric Administration (NOAA), which regulates the tournaments, has banned the killing of Mako sharks and raised the endangered levels for two other sharks – Threshers, classified as threatened, and Porbeagles, classified as vulnerable. Hawaii is the first state to outlaw killing sharks. Fourteen states have banned killing sharks for the global fin trade.

Collins, who like his opponent DiSaverio, described himself as a shark lover. In recent years, he has tagged as many as 3,000 sharks to help marine scientists track them. One shark he tagged off Newburyport was caught in a net 42 days later by Portuguese fishermen off the coast of Spain, he said.

The decline of the shark population, Collins wrote to the city council, is “a big problem.” Sharks are the janitors of our oceans, he wrote. “Most sharks are scavengers and eat diseased fish. They make our oceans cleaner.”

But tournaments like the one in Newburyport are way down the list of causes of the decline in the shark population. “Illegal fishing for shark fins and catching sharks in nets kill about 100 million sharks per year,” Collins wrote in his letter to the city councilors. “Tournaments are not the cause of the population decline, quite the opposite.”

One reason for the decline of the shark population is that sharks breed slowly. Breeding occurs in the waters off New England.

Collins criticized DiSaverio, whom he met over dinner to discuss their differences, and organizations like Blue Planet for using “emotional pleas” to pressure people and companies who are engaged in legal, responsible activities that they do not like.

There is a dispute between the two opponents over whether NOAA needs the shark samples for research.

Sharks also carry a lot of toxins, making them harmful to humans to eat. Many fish markets do not sell shark meat, DiSaverio said.

With the rise in shark sitings off Cape Cod this year, DiSaverio does not believe that shark killing tournaments reduce the number of swimmers bitten by sharks. A shark bites a human only by mistake, he said. “Human flesh is not on a shark’s diet.”