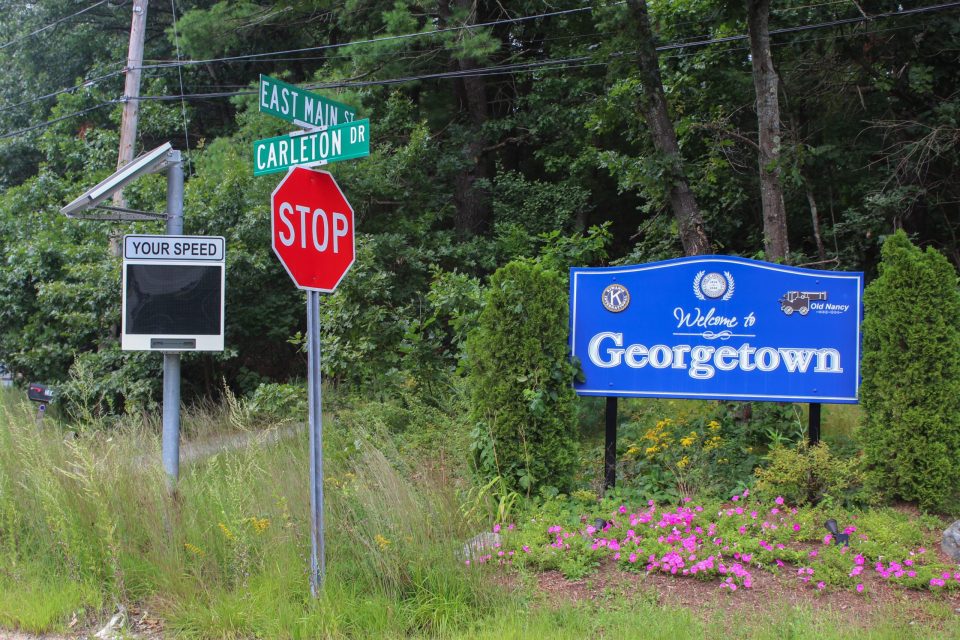 GEORGETOWN – The town’s Board of Selectmen declined last week to reappoint two veteran members of the seven-member Conservation Commission (ConCom), who had voted along with all other commission members not to approve G. Mello Trash Disposal Corp.’s proposed 500-ton trash transfer station.

The audience of more than a dozen residents who attended the meeting shouted “ridiculous” and “You should be ashamed of yourself” after the selectmen did not reappoint Laura Repplier, who has served nine years on the ConCom, and Rebecca Chane, who has served six years.

Selectman Amy Smith, who opposes Mello’s transfer station, nominated Repplier for another term, but Smith could not get any other selectman to second her nomination.

Chane’s nomination for another term split the commission, two votes for and two against. Reappointment required three votes.

The only reason the selectmen gave for not reappointing the two members was that appointment to non-paid positions on town boards is not a lifetime appointment.

But underlying the tension at the meeting was the controversial 500-ton transfer station, which has divided the town. The autonomous Conservation Commission voted unanimously not to grant approval for the proposed transfer station on Carleton Drive.

After voting down Repplier and Chane, the selectmen reappointed Christine Candia to a second three-year term on the commission and appointed newcomer Logan Umberger to a three-year term.

Amy Smith voted against Umberger, saying she received a copy of his resume only on the day of the hearing. “We are not following our own procedures,” Smith said.

Select Board Chair Doug Dawes, who voted against both Repplier and Chane, said of the appointments, “It’s not easy.”

After the crowd left the meeting, selectman Peter Kershaw said, “I don’t give a f… about Mello. People thought I was going to stop Mello. We don’t have the authority to do that.”

The ConCom’s decision has been appealed to state court.

Last year after months of hearings, ConCom member Rachel Bancroft offered a motion, seconded by Candia, that the commission reject Mello’s application to build the trash transfer station. Her motion said Mello’s plan did not comply with the special conditions for not disturbing the property’s wetlands, the motion said.

Bancroft ran unsuccessfully for the select board last spring, losing to Lamonica.

Mello proposed to build a new road for the transfer station through wetlands on the site at Carlton Drive. It said it would replicate the disturbed wetlands by constructing new wetlands elsewhere on the property.

An existing road, close to Interstate 95, was rejected by Mello because it would have required that the proposed trash processing building face neighboring homes instead of the highway.

The Mello proposal was also rejected last year by the Planning Board. That decision has also been appealed.

Mello recently won the approval of the town’s Board of Health. But it cannot build the station without approvals from the Planning Board and Conservation Commission. Mello also needs a permit from the building inspector, but the company has not yet applied for that permit.