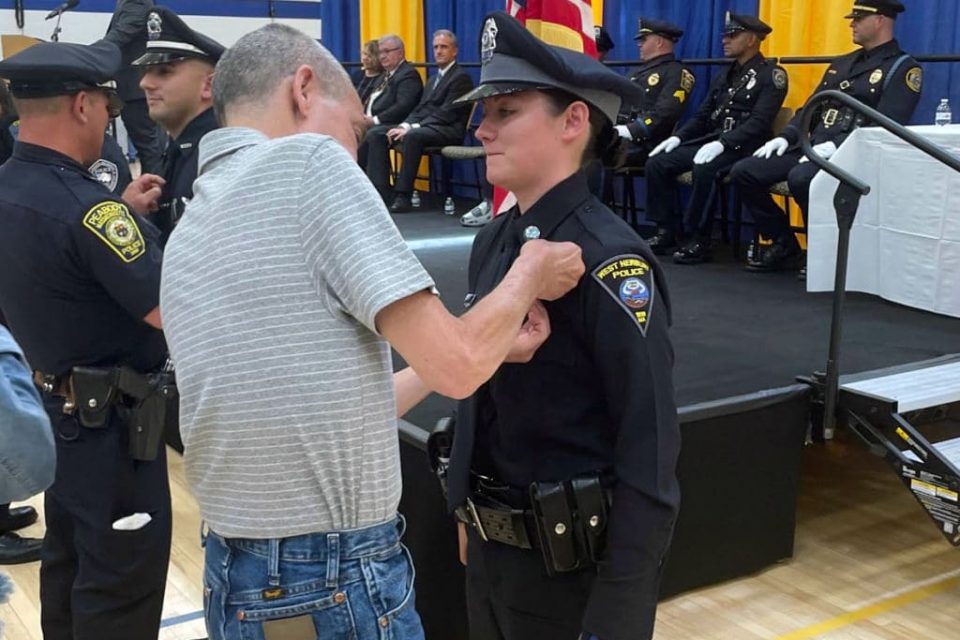 Officer Eng was among those who graduated from 24-week NECC Police Academy on Friday, June 24.

Officer Eng began working with West Newbury Police in August of 2021, and completed a Field Training Program at that time. She entered the NECC Police Academy in January.

“I hope everyone in our community joins me in congratulating Officer Eng,” said Chief Michael Dwyer. “She started her journey back in January, and her hard work and dedication to the job and our community has paid off.”

Officer Skane has served as a reserve police officer and as a reserve communications dispatcher within the Department since 2017.

Upon returning to the Georgetown Police Department, Officer Skane will serve as a full-time officer.

“Officer Skane is a seasoned officer that will fit in perfectly with our complement of officers. He is time-tested and comes from a family of law enforcement officers,” Chief Cudmore said. “I am very excited to have him back after being gone for six months of training.”