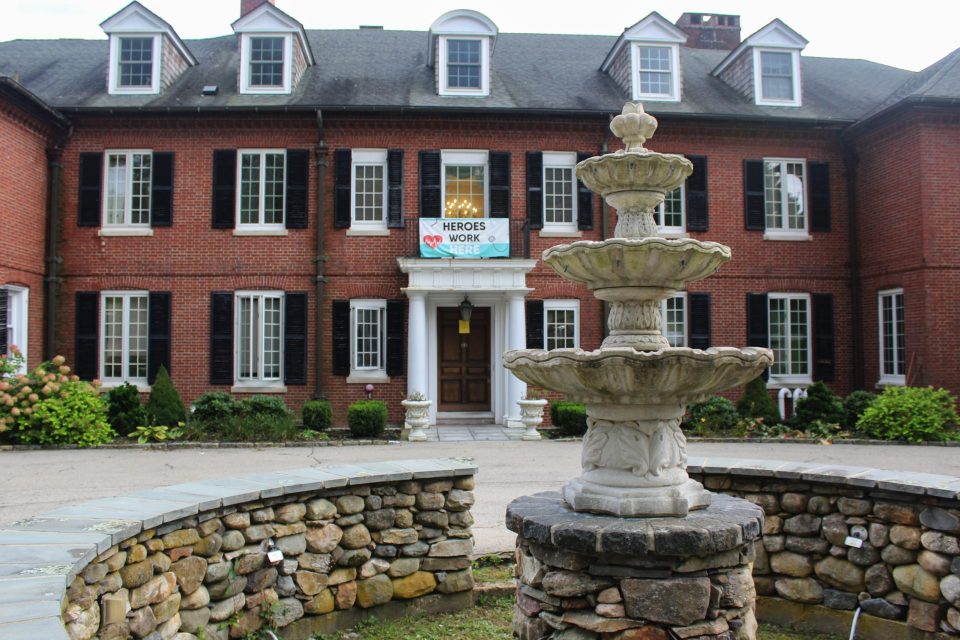 ROWLEY — The contentious relationship that developed during the Pandemic between state agencies and the now closed Sea View Retreat long-term care facility has landed in Suffolk Superior Court.

Comley is accused of violating the Massachusetts Consumer Protection Act and the Massachusetts False Claims Act. The state is seeking monetary penalties and injunctive relief and wants to prevent Comley from opening any long-term care facilities in the future.

After talking with the attorney general for months, Beatrice said, “It is disappointing that it has gotten to this point.”

Sea View, which was operated for more than 70 years by three generations of the Comley family, closed earlier this year largely because of chronic shortages of staff and Sea View’s inability to admit new residents due to state regulations issued during the Pandemic.

Comley is converting the 44,000-square-foot building at 50 Mansion Dr. into a social club that will host weddings and events.

“I have to find a new use for the building or sell it,” Comley said in an interview last spring. “I’m working hard not to sell it.”

The lawsuit accuses Sea View and Comley of failing to use facility-wide infection control and prevention procedures related to COVID-19 from February to July 2020. The alleged violations, according to the suit, include not screening staff upon entering the building, not using personal protective equipment and failing to complete COVID-19 testing of residents.

Beatrice disputed those allegations, saying Sea View’s track record for patient care was stellar. In several categories, the facility was ranked at the top among long-care facilities in the area.

Despite being closed for months, the Attorney General’s Office claimed Sea View was “still an active corporation.”

It also stated that Sea View as a member of MassHealth submitted claims and received payments from the state for health care benefits in 2020, although it was not in compliance with state and federal regulations.

“These claims were false in as much as they were for services not eligible for reimbursement because defendants misrepresented compliance with applicable statutes and regulations that are conditions of payment,” the lawsuit stated.

Beatrice said those allegations will prove to be untrue.

In one case, according to the lawsuit, the staff failed to isolate a resident who showed COVID-19 symptoms and later infected a roommate.

The facility’s policy was that someone who had or was suspected of having COVID-19 would be isolated in a private room or restricted to a room with the door closed.

The lawsuit appears to stem from a lengthy battle with the state Department of Health (DPH) that included turning away acting DPH director Stephen Davis and an assistant attorney general from the facility. Beatrice said Mr. Davis and the Attorney General were denied entry for refusing to comply with state-mandated protocols.

The state voluntarily dismissed that case.

Earlier, Comley had escorted contract workers sent by the state off the property for the same reasons, according to Beatrice.

During the height of the Pandemic, the state required nursing homes to social distance or work from home. In an interview last spring, Comley said these regulations “simply were not workable.”

Sea View had no Covid outbreaks until the DPH sent in the contracted out of state workers as part of a Rapid Response Team, Comley said.

The team was composed of “uneducated individuals,” who were going from one facility to another, he said. They came to Sea View “without following testing guidelines and Covid protocol, ignoring DPH regulations.”

At the time, the state levied thousands of dollars in fines on Sea View, which Comley called “outrageous.”

Comley and the staff escorted the state team out of the building and informed DPH.

“Within one week of terminating the Rapid Response Team involvement, Sea View staff were able to treat the remaining infected patients and bring the cases under control,” he wrote in a four-page explanation.

The facility remained Covid free for more than 10 months during the worst of the Pandemic, he wrote.

Despite concerns about Covid-19 vaccines, the Sea View administration offered to vaccinate its staff that chose to take it.

“The turning point came in August of 2021, when the Commonwealth mandated that all healthcare workers be vaccinated by October 1st,” he wrote. “Our heroes were being stripped of their right to choose their medical path and what goes into their bodies after risking their health over the last year and a half to provide care to their residents.”

In February, over a month after Sea View had been closed and DPH had been notified, the fight with the state escalated.

On Feb. 1, DPH acting director Stephen Davis made a surprise visit to the facility and was told he must schedule a time to meet with Comley. Davis came again the next day.

“Mr. Comley refused to permit me to enter,” Davis wrote in an affidavit.

According to the state’s account, Comley agreed to allow Davis to enter the facility with a police officer. Once inside the building, Comley refused to allow him beyond the entryway. Davis and the officer then left the facility.

According to Comley, Davis arrived with a police escort and entered the facility. He was screened by the staff, and he and the police officer were questioned about their exposure to Covid. Temperatures were taken.

Comley said Davis was wearing only a personal mask, not one that was authorized. He was not allowed to enter the facility because of the mask. Asked when he had last been tested, Davis said he could not remember. So, the staff administered a test at its expense.

Comley said he reminded Davis that there were no residents and that the facility was closed. An affidavit filed by Davis indicated there were no cars in the parking lot.

“As of two months ago, we were empty. They refused to believe me,” Comley said.

State law allows inspection agents to visit and inspect a licensed long-term health care facility at any time for any reason. The next day, the state filed a complaint against Comley for violating that law.

According to Comley’s account, assistant Attorney General Maryanne Reynolds was also there.

“Comley refused to open the gate for them, unless they complied with his unauthorized demand to sign a waiver of rights document for the benefit of an unknown persons that Comley referred to as ‘members,’ the state asserted.] That case was voluntarily dismissed by the state on February 28.