A Petition to Save Endangered Buildings 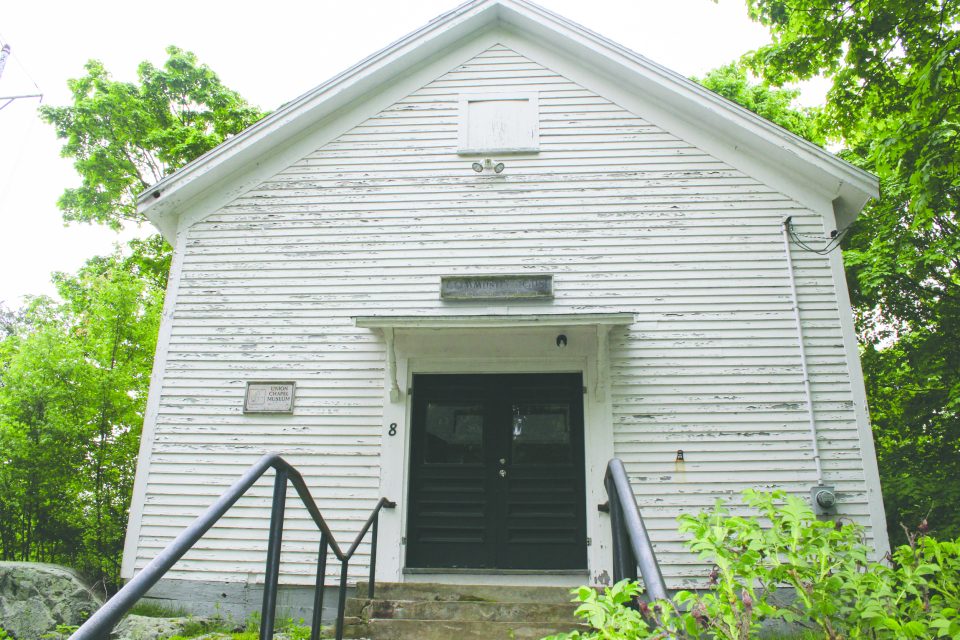 SALISBURY – The chair of the Historical Commission is asking residents to sign a petition online to preserve two buildings on Ring’s Island, built in the 1800s.

The commission voted last month to ask the town’s Board of Selectmen to nominate the Community Meeting House and one of the state’s few remaining one-room schoolhouses on Fourth Street as Endangered Buildings, listed by Preservation Massachusetts.

The two historic buildings, which stand on one lot, are owned by the town. The buildings have electricity, but no water or sewer connections, no handicapped access and no parking.

Town Manager Neil Harrington wrote in an email that the town and the Ring’s Island neighbors are at a preliminary stage of determining the future uses of both buildings.

“I am working with a group selected to represent the residents, and we are looking, as a first step, to hire a consultant to determine the cost and feasibility of providing water and sewer service and handicapped accessibility to the Community House building,” Harrington wrote.

“If any of the future uses of that building require public access, we must ensure that the facility meets minimum standards for public accommodation,” Harrington wrote.

The commission hopes that the petition will persuade the town to preserve the buildings.

On the Change.org web site, Connie Hellwig, who heads the historical commission and resides next to the Community Meeting House, wrote: “If the town decides to either ‘improve’ the site or sell it, that would end this historic landscape and the collection within. The installation of water lines and sewer lines, driveways, etc., would require blasting and removal of the rock, and destroy the buildings as we see them.

“There are no other historic buildings in Salisbury except the Pike Primary School House, built later in 1882. This is a rare snapshot of history which provokes thought, wonder and enjoyment, and should be preserved as-is for the sake of having it for future generations.”

At the May meeting of the historical commission, Hellwig said, “Historic buildings are time capsules. They should not be renovated.”

The land at 8 Fourth St. was owned originally by the Dole family. When school districts were created in 1790, the Dole family sold the land to the Town to build a schoolhouse.

The schoolhouse, according to the historical commission’s records, was built in 1870 in the Greek Revival style. The Meeting House was built next to the School House as a place for worship. It was also used as another schoolhouse, and later became the Union Chapel Museum where Mary Littlefield was the docent and offered free tours to people, who wanted to see the collection of Rings Island artifacts, she acquired from island families.

Ring’s Island on the northern bank of the Merrimack River has become a sought-after residential area largely because of its proximity to the river and its views across the river.

To keep homeowners from tearing down the older homes for new homes, the town created a Ring’s Island Neighborhood Preservation District. Like Preservation Massachusetts, the district controls new construction on the island through publicity and advocacy in front of the Planning Board and Zoning Commission.

Hellwig wrote, “By signing this petition, you support the vision of keeping both buildings at 8 Fourth Street, without any modern water or sewer lines, and advocate for the town’s Historical Commission to access and supervise the buildings maintenance and museum collection including its operation and access to the public.”

The petition can be accessed at www.change.org/p/save-our-meeting-house-and-school-house-on-rings-island?utm_source=share_petition&utm_medium=custom_url&recruited_by_id=e5553b40-df62-11ec-8266-534a054dd841.