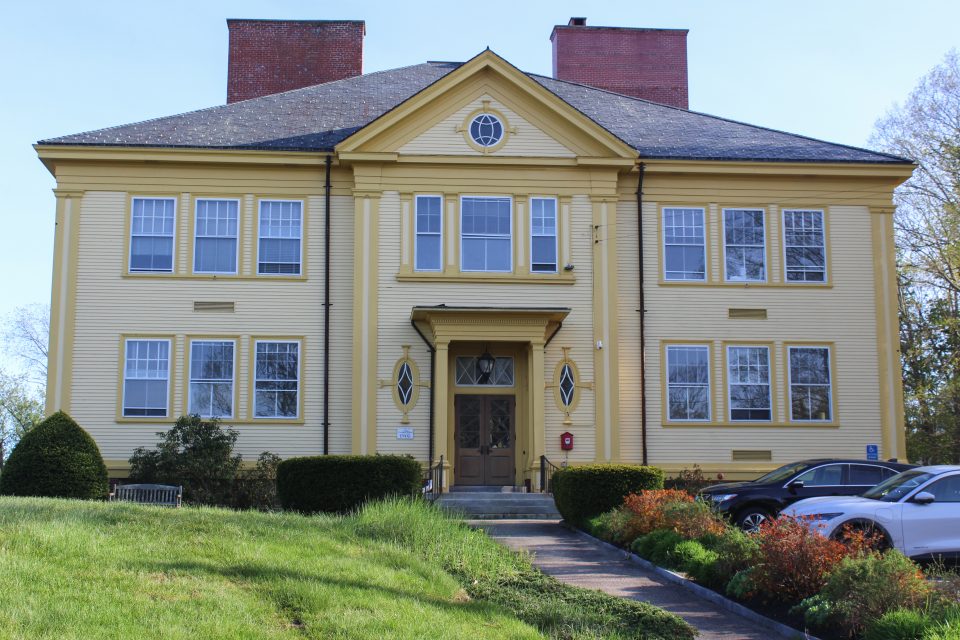 GEORGETOWN – The town’s three-member Board of Health voted unanimously last week to approve the site on Carleton Drive for a proposed 550-ton trash transfer station, but under conditions that limit the size of the station for the first four years and would make building and operating the station for G. Mello Disposal Corp. much more expensive.

The health board is the first town regulatory agency that approved the controversial station. The Planning Board and Conservation Commission voted to deny permits for the station. Mello has appealed those decisions.

Jeff Blake, attorney for the health board, told the crowd that included Jason Mello, vice president, and a dozen opponents of the station that Mello cannot move forward without having the approval of all town boards. Mello has also not yet applied to the town’s building inspector for a permit to build the station.

Blake also said that if opponents of the station file an appeal, the town would be “a passive defendant” and would not spend taxpayers’ money to fight it. Opponents, operating through the group Residents for 50 Tons, have started a Go Fund Me site to raise money for an appeal.

Health Board member Paul Thompson said he would vote to approve the station with conditions because Mello would appeal a denial by the board and the town would lose in the courts.

The Health Board tried to make the station more palatable to opposing residents, but neighbor Emma Driskill broke into tears after the vote, causing board member Bill Gianacoplos to stop the hearing to ask if she needed help. She declined and left the third-floor meeting room in town hall.

As expected, the board imposed several stringent conditions on the proposed station, including rebuilding Carleton Road to standards set by an outside engineer, and limiting the size of the station to 150 tons for the first two years. Mello’s existing transfer station at 203 E. Main St. is currently limited to 50 tons.

The tonnage ceiling for the first two years will probably reduce the number of large tractor-trailer trucks, which will haul trash from the station to incinerators, to six per day.

The board required Mello to submit a report every two weeks on how much tonnage is being processed each day at the station. The board did not specify if there would be an independent review of those reports.

Maybe the most costly condition imposed by the board is one that would require Mello to pay for rebuilding the narrow, deteriorating Carleton Drive to a standard determined by an engineer hired by the town. Miller Engineering, working with the town’s Planning Board, has already determined that the 1,600-foot road must have a base of 20 inches of gravel, topped with 12 more inches of crushed gravel, 3 inches of binding material and 2 inches of asphalt.

Mello proposed to repave the road to “town standards.”

A proposal by board chairman Dana Shuttleworth to widen the intersection of Carleton Drive and East Main Street (state Rte. 133) was dropped because widening the street would impact protected wetlands.

The board was also concerned about the impact large tractor trailers and other trucks would have on the intersection of Carleton Drive and state Highway 133 (East Main Street). The worry is that the large trucks will veer into on-coming traffic on Carleton Drive as they turn from Rte. 133.

Mello proposed and the board agreed that the operator will stripe the road to indicate where vehicles should stop.

The board also insisted that Mello add signage on Carleton Road and on East Main Street, if MassDOT will allow it, that notifies motorists about trucks entering and exiting the intersection.

Mello proposed to hire a police detail for the first 60 days of operations to help with traffic flow at that intersection. The board insisted on 120 days and will ask the Georgetown Police Chief to issue a report on any problems with traffic incurred during the first four months. The board said it could then impose additional conditions on the station to remedy any traffic issues.

The board limited the large trucks using the station between 6 and 8 a.m. and for several hours after 3 p.m. to avoid conflicts with school buses.

It also required Mello to build a six-foot fence around the station to reduce the amount of litter from trucks. The trucks must be covered coming and going from the station. If a truck driver is caught three times without covering the trash load, the drive would be warned after the first incident, banned after the second for a week and three months after the third incident.

In the months after the station begins operations, the board required that independent studies of noise, traffic congestion and odors be conducted. Based on the findings of those studies, which will be paid for by Mello, the board can require the operator to install more mitigation of nuisances.