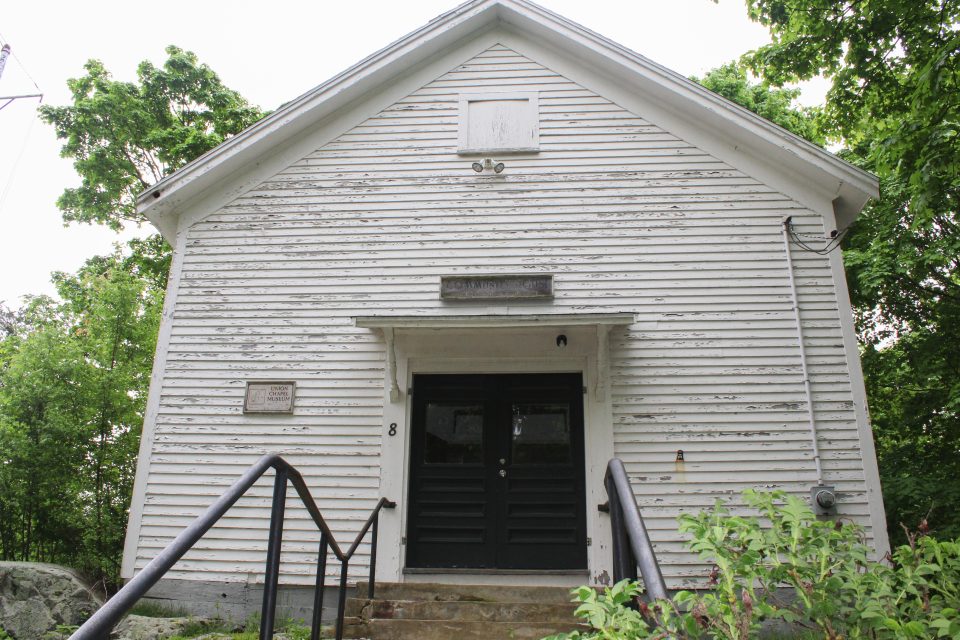 SALISBURY – The town’s Historical Commission would like to preserve two buildings on Ring’s Island, built in the 19th century. It voted to nominate the Community Meeting House and one of the state’s few remaining one-room schoolhouses on Fourth Street as Endangered Buildings, listed by Preservation Massachusetts.

But the town may have a different plan.

The commission last week voted unanimously to nominate the meeting house, which has had many uses, and the schoolhouse, which also served as an early firehouse. The schoolhouse is not much bigger than many backyard sheds these days and like a shed is used mostly for town storage.

The larger community meeting house has also been used as a museum, showcasing nautical items collected through the years from fishing and maritime businesses on Ring’s Island.

The commission’s hope is that by getting these buildings recognized by Preservation Massachusetts as endangered buildings, they will be preserved.

Connie Hellwig, chair of the commission, said the school building has a new roof, but is “in an extremely fragile state.”

Preservation Massachusetts, a private agency with limited clout to protect homes, buildings and land on its endangered list, started in 1993 to identify and aid in the preservation of endangered, historic sites. Other sites on that list include Newbury’s Lower Green, Amesbury’s Public Library and Newburyport’s High Street.

The organization utilizes its statewide visibility to spotlight places, buildings and structures that are under threat. Being listed as endangered is honorary, but can serve as a catalyst for action and opportunities, Preservation Massachusetts states.

​In an email, Town Manager Neil Harrington, who had not been notified of the commission’s vote, wrote that the town and the Ring’s Island neighbors are at a preliminary stage of a process to determine the future uses of both buildings.

The buildings have electricity, but no water or sewer connections, no handicapped access and no parking.

“I am working with a group selected to represent the residents, and we are looking, as a first step, to hire a consultant to determine the cost and feasibility of providing water and sewer service and handicapped accessibility to the Community House building,” Harrington wrote.

“If any of the future uses of that building require public access, we must ensure that the facility meets minimum standards for public accommodation,” Harrington wrote.

The buildings were built on stone, and Hellwig, who lives next door, worries that the town may use dynamite to create holes for the sewer and water lines. The blasts in rock might cause damage to other Ring’s Island properties, she said.

The historical commission opposed renovating these buildings. “Historic buildings are time capsules,” Hellwig said. “They should not be renovated.”

Ring’s Island on the northern bank of the Merrimack River has become very popular for houses because of the view it offers of the river and downtown Newburyport. It is sought-after by homebuilders, developers and other residents and businesses.

To keep homeowners from tearing down the older homes for new homes, the town created a Ring’s Island Neighborhood Preservation District. Like Preservation Massachusetts, the district controls new construction on the island through publicity and advocacy in front of the Planning Board and Zoning Commission.

Proposals for the community building and schoolhouse have included renovating them for the town’s use or tearing them down to pave the lots into a much-needed parking lot for yacht owners or possibly the popular restaurants on the island, including The Deck.