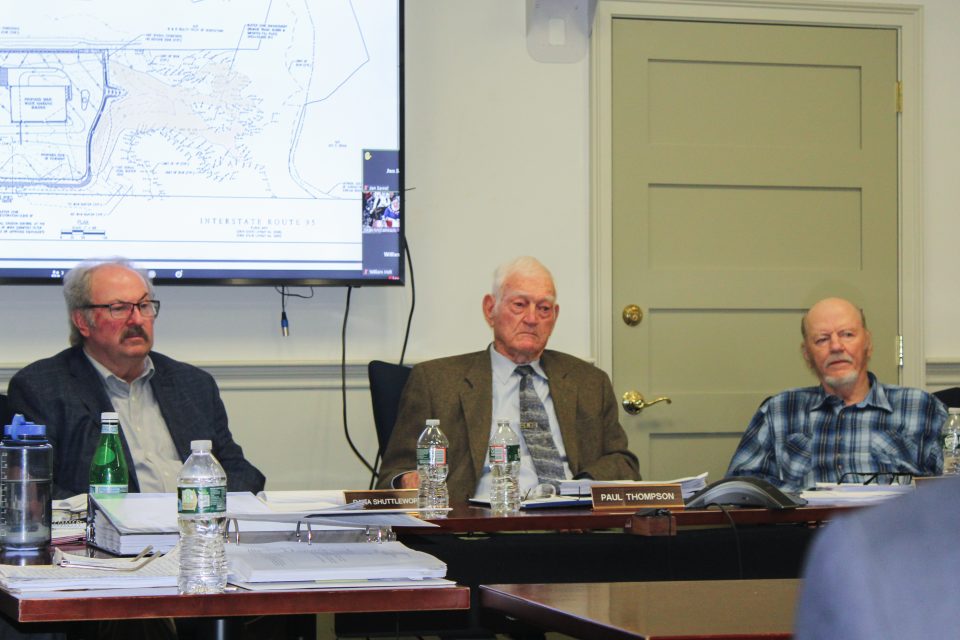 GEORGETOWN – Emma Driskill bought one of a handful of homes on Spaulding Road two years ago, unaware that she and Conor Powers-Smith were moving only 1,200 feet from a proposed 500-ton trash transfer station.

In the months since becoming the closest neighbor to the proposed station, Driskill learned that the G. Mello Disposal Corp. plans to build a “regional facility” to process trash from businesses and construction sites across the North Shore as well as Georgetown homes and businesses.

Driskill, who works with librarians from her home office, testified last week that she has many concerns about the nuisances the station could create. But foremost, she worries about the noise from trucks at the station.

“Take a moment and imagine hearing the truck back-up alarms going off all day,” she told the town’s Board of Health last week. And there would also be other noise, created by metal scarping on metal. “The noise will be unrelenting,” she said.

Mello has suggested that the trucks, operating at the station, might be equipped with backup alarms that use white noise instead of the high-pitched beeping sound. Consultants for Mello have acknowledged that the backup alarms would create sound at 96 decibels.

Opponents of the station argued that not only will these alarms be annoying, but they might also create hearing issues.

Driskill testified, at times tearfully, that the proposed transfer station’s million pounds of trash could also produce foul odors, particularly in the summer heat, attract rodents and blow litter across her backyard.

“This station will contaminate our lives,” she said to applause from the dozens of residents who attended the third Board of Health public hearing on the station.

The three-member board of health has until May 20 to issue its decision on whether it will agree with the state’s Department of Environmental Protection (DEP) that the site on Carleton Drive is suitable for a 500-ton trash transfer station.

The Planning Board and Conservation Commission have denied approval of Mello’s plans. Mello has not yet applied to the town’s building inspector for a permit.

Hearing officer John Shay said the station would have to be approved by all town boards.

Jon Samel, who owns American Power Service, one of three businesses that operate on Carleton Drive, presented a series of videos that showed trucks of all sizes having difficulty making the turns from Main Street, Rte. 133, to the narrow Carleton Drive.

Mello has maintained that all trucks, except the large tractor trailers, can make the turn without crossing into the on-coming lane. Rebecca Brown, Mello’s traffic consultant, said MassDOT rules allow tractor-trailers to cross into on-coming traffic.

Estimates are that there will be 20 tractor-trailer trucks, capable of hauling 25 tons each, using the station daily. The intersection at Carleton Drive is rated an F, the lowest rating, because of the delays in exiting to 133.

Mello’s consultant estimated that during 90 percent of the day five vehicles would be waiting on Carleton Drive to turn onto Main Street.

Brown argued that Samel’s videos, created by trail-style cameras, should not be given any credence because they were altered.

Samel, appearing remotely in a neck brace after surgery the day before for injuries caused by a bicycle accident, denied that the videos were altered. “The videos have not been edited in any way,” he said.

The videos showed numerous trucks, including a Mello packer truck, crossing into the on-coming traffic lane while making a turn off Main Street onto Carleton Drive. He said the tractor trailers and maybe other large trucks will not be able to make the turn without colliding with the waiting traffic or stopping until the traffic moves, which would cause backups onto Main Street.

Mello proposed that it would hire detail police officers for 60 days to help manage the flow of additional traffic into the station.

Opponents also questioned whether Mello would rebuild the deteriorating Carleton Drive roadway. Mello has promised to repave the roadway to “town standards.” It did not commit to rebuilding the base of the roadway as town-hired engineers have proposed.