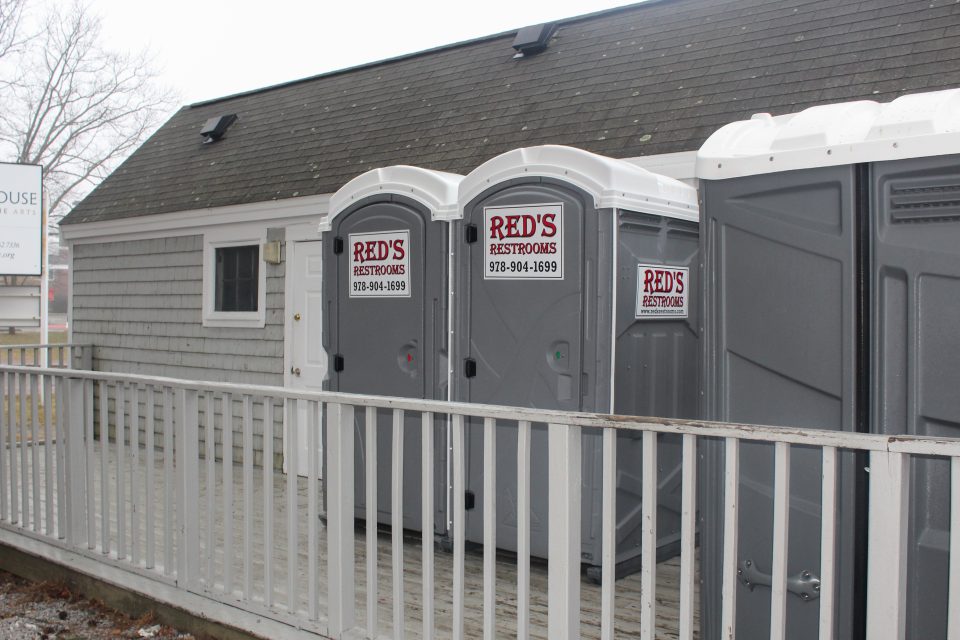 Photo: Stewart Lytle / The Town Common. The Red’s Port-a-potties that are restrooms on the waterfront park

NEWBURYPORT – It’s back to the drawing board for the new public restrooms at Market Landing Park.

The Board of State Examiners of Plumbers and Gas Fitters rejected the city’s application for a variance so it could build uni-sex restrooms on the waterfront park near the Firehouse Center for the Performing Arts.

State plumbing codes do not allow uni-sex restrooms, although the board has issued variances to businesses and universities. The legislature is also considering a measure that would permit uni-sex restrooms.

In February, the City Council’s Ad Hoc Committee on Market Landing Park Expansion chose the uni-sex version of three restroom designs by Sasaki & Associates. The proposed new restroom facility would be a “fully gender-neutral restroom space” and include a small visitors center.

The plan called for eight toilets that would be accessed by a common area inside the building. There would be four lavatories in the common space, plus two family restrooms each with a lavatory and a toilet.

Voting in favor of the uni-sex design were council President Heather Shand and Councilors at large Connie Preston and Ed Cameron.

Ward 1 Councilor Sharif Zeid and Ward 5 Councilor Jim McCauley voted in favor of another design, which would be more traditional male and female separate restrooms, but would be accessed from outside.

There has been significant opposition from the community to the uni-sex design. And councilors McCauley and Zeid have expressed concern that the restroom and visitors center facility has become too expensive.