Could 40B Break the Waterfront West Stalemate? 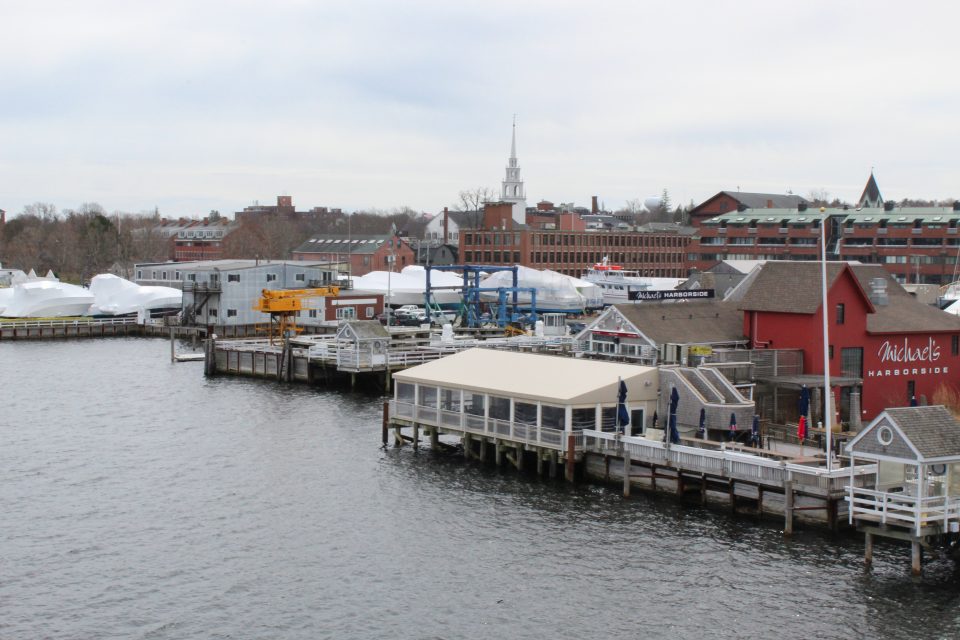 NEWBURYPORT — Is using the 40B process the solution for Stephen Karp’s company to force the city to approve a tall, dense housing project with more than 200 apartments at Waterfront West?

City officials are anticipating a renewed community fight soon over the development of what are the most attractive parcels along the Merrimack River.

Newburyport Development Corp., a division of the New England Development Corp., owns the 5-acre parcel between Rte. 1 and the new Market Landing Park. Negotiations for development have been at a stalemate with the city over plans for the parcel for years.

The company recently joined in partnership with national developer AvalonBay Communities, Inc. to develop the housing segment of the project. Avalon has used the 40B process to build apartment complexes in dozens of Massachusetts communities.

Planning Director Andy Port said last week the city has not seen any new plans for Waterfront West, but believes that Newburyport Development and AvalonBay are planning to apply for city permitting under Chapter 40B, which streamlines the permitting process for developers that utilize subsidized financing to build lower-income housing.

Newburyport Development proposed in 2019 to build 230 units in eight buildings that would have been four and five stories tall. The project would have also included 10,000 square feet of retail space and courtyards at ground level. An 80- to 100-room hotel might also be included.

Despite intense negotiations between the developer and then-Mayor Donna Holaday, the city council and Port, the city refused to approve the project, citing its density and height. An ad hoc City Council committee met for months to work out a possible compromise, but ultimately gave up.

“We got close in 2019,” Port said. During negotiations with the city, the project was trimmed to 215 units.

Asked for his thoughts on the possible new approach to developing Waterfront West, Port said, “I would prefer not to go ‘round and ‘round in circles again.”

Since becoming law in 1969, Chapter 40B has created 70,000 units, of which more than 35,000 units are restricted to households making less than 80 percent of the area’s median income.

AvalonBay, based in Arlington, VA, is an equity real estate equity trust that describes itself as having “a long-term track record of developing, redeveloping, acquiring and managing distinctive apartment homes in some of the best U.S. markets, and delivering outsized, risk-adjusted returns to shareholders.”

It has three apartment community brands, Avalon, AVA and eaves by Avalon.

Avalon owns dozens of apartment communities in Massachusetts that offer both market-rate rentals and subsidized apartments.

Its affordable housing program in Acton rents a one-bedroom garden style apartment for $992 a month and a two-bedroom apartment for $1,168 per month, plus utilities.