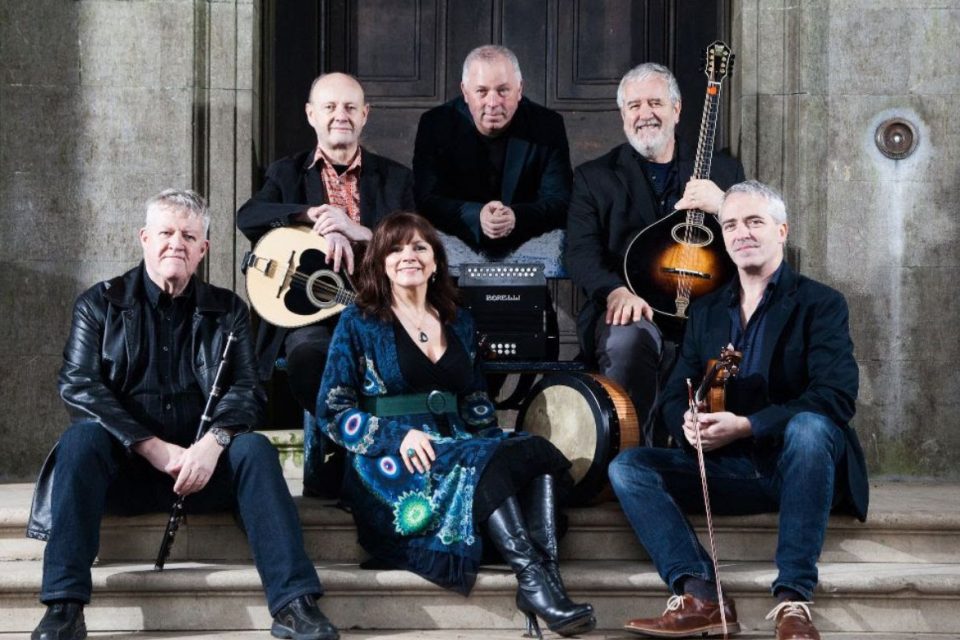 NEWBURYPORT – When the acclaimed Irish band, Dervish, takes the stage at the Belleville Congregational Church Sunday, it will be following in a tradition that began a century ago where Irish musicians brought their unique style of music across the seas.

Michael Coleman left County Sligo, the birthplace of many Irish musicians, and immigrated to the U.S. in 1914 at age 23. He stayed initially with an aunt in Lowell before making his way to New York City, where he became what Dervish leader Shane Mitchell called “a bit of a superstar in his day.”

Coleman recorded 80 albums for Columbia Records and other labels, establishing the Sligo style of fiddling, which is fast, flamboyant and heavily ornamented with fingered rolls and bowed triplets. Coleman often danced on stage while he fiddled.

He was not the only Irish musician to journey to America, but he paved the way for others, including James Morrison, Paddy Killoran and Paddy Sweeney.

“Mike came with little more than a fiddle,” Mitchell said. “As we get older, we value that tradition more.”

Mitchell, who learned to play the accordion from his grandmother in County Sligo, is looking forward to returning to Newburyport and performing again at the Belleville Roots Concert, the first in two years since being shut down because of the Covid pandemic.

“I recall it was a very lively crowd. There is an echo in the church. It was a very enthusiastic crowd. It drew a few lads from Boston,” Mitchell said.

“We are excited. We are hopeful,” said Ken Irwin, a founder of the Roots Concert.

Sponsors include The Institution for Savings, the Newburyport Bank and the Massachusetts Cultural Council.

To protect those attending, Roots’ organizers are requiring audience members to show proof of vaccination and wear masks while indoors, Irwin said. “We felt that since these were the rules when close to 200 tickets had been sold, it wouldn’t be fair to them to change.”

Irwin expects the rules will change for future concerts.

Dervish is considered one of the world’s most imaginative interpreters of Irish folk music. The band was recently recognized with a BBC Lifetime Achievement Award. Its latest and 13th album, The Great Irish Songbook, released in 2019, featured noted singers Vince Gill, Rhiannon Giddens and Steve Earle.

Described by the BBC as “an icon of Irish music,” the band has played at festivals all over the world, including the largest music festival, Rock Rio, which attracted 250,000 people to the Brazil extravaganza. The band was invited to accompany the Irish President on state visits to Latvia and Lithuania and the Prime Minister of Ireland on a trade mission to China as Cultural Ambassadors where they played an impromptu session on the Great Wall.

Newburyport is one of the first stops on the band’s 2022 U.S. tour. The band leaves after the Roots Concert for Portland, OR, followed by several west coast stops  before returning to the East Coast.

Together as a band for 33 years, Mitchell said playing has now become as much a vocation as a profession. “It’s a part of us,” he said.

Asked what their secret to staying together is, Mitchell laughed and said, “We don’t seem to know how to break up.”

After talking with Mitchell about Irish music traditions, one believes that the ghost of Michael Coleman might be at the Belleville Church Sunday when he opens his accordion and his Dervish bandmates break out their fiddles, flute/whistles and mandolins.

In 1974, a monument to honor Coleman was erected by the Coleman Traditional Society close to his birthplace. Nearby on the Tubbercurry to Gurteen road is the Coleman Heritage Centre, a music archive and a replica of the house where he lived.

Inscribed on the monument are the words: “Michael Coleman. Master of the fiddle. Saviour of Irish traditional music. Born near this spot in 1891. Died in exile 1945.”

Coleman died in New York and is buried in St. Raymond’s Cemetery in the Bronx, NY.