Ipswich Wants You Not to Idle Your Car 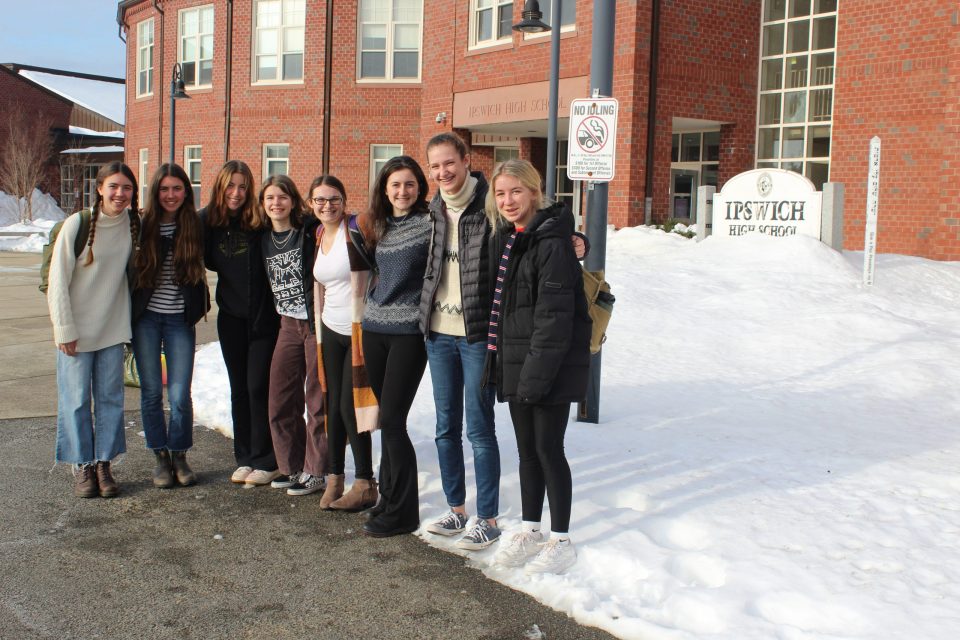 IPSWICH — It’s cold outside while you are waiting in the pickup line at your child’s school, and you would like to relax, listening to the radio while you wait.

But your battery is getting old, so you decide to leave the car running to keep the heat and radio on.

Police Chief Paul Nikas wants you to know idling for more than five minutes is against the law. The Ipswich Resiliency Committee and the high school students who belong to the GreenTeams want you to know non-commercial vehicle-idling wastes about three billion gallons of fuel and generates around 30 million tons of carbon dioxide each year in the U.S, according to the Department of Energy.

In a letter to the Ipswich community, leaders of the GreenTeams, high school seniors Ava and Ella Borgman, wrote, “This is not good news for the planet. Excess CO2 in the atmosphere is the primary contributor to the climate crisis.

In a town wide campaign, signs have been installed in spots where idling is common to remind drivers that keeping your car running for more than five minutes is against the law. The law has been on the books for a decade, but has been rarely enforced.

The Ipswich GreenTeams is also working with the popular Zumis shop to distribute pamphlets that give facts about idling and challenging common myths.

For example, turning a car’s engine on and off does not hurt it. Some recent models even do it automatically.

And your car’s heater will stay warm for 30 minutes if you just keep the ignition on.

In a statement Nikas said, “With the current research on global warming and the health impact on people, reducing our emissions is a quality-of-life issue that The Ipswich Police Department supports 100%.”

Don’t worry, officers are not likely to hand out $100 to $500 tickets for idling your car. “Applying fines is not the goal of the program,” the chief said. “It is to change idling behavior.”

Officers are more likely to ask the drivers politely to shut off the engine while they wait. Members of the GreenTeams said they are also not going to tell motorists to shut off their engines.

“We’ll leave that to the police officers,” Ava Borgman said.

But don’t be surprised if they give dirty looks to some idling motorists outside the entrance of the high school and maybe point to the sign on a lamppost.