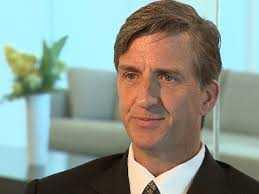 BOSTON – A former Ipswich resident and Chief Financial Officer of Boston Grand Prix was sentenced to four years in prison in federal court on Tuesday in connection with multiple schemes to defraud equipment and small business financing companies as well as the Small Business Administration and the IRS.

John F. Casey, 58, was sentenced in U.S. District Court to four years in prison and three years of supervised release. He was also ordered to pay nearly $2 million in restitution and to forfeit over $1.5 million.

Casey became the CFO of the Boston Grand Prix in January 2015. The Boston Grand Prix organization made payments to, or on behalf of, Casey totaling approximately $308,292 in 2015 and $601,073 in 2016 which Casey failed to include in the gross income he claimed on his personal tax returns for those years, according to the U.S. Attorney’s office.

Casey also owned an ice rink in Peabody from October 2013 until he sold it in June 2016. Between October 2014 and October 2016, Casey obtained over $743,000 in funds from equipment financing companies, purportedly for the purchase of equipment for the ice rink, when in fact he no longer owned the rink for four months during this period. In addition, in August 2016, more than two months after he sold the Peabody rink, Casey obtained over $145,000 in small business loans for the rink business. In order to secure the financing, Casey submitted false documents and information including fake invoices for the equipment, bank records purporting to show deposits into Casey’s accounts related to the Peabody rink, inflated personal and corporate tax returns and personal financial statements falsely claiming ownership and value of various assets.

Casey also submitted a fake Deed of Sale containing a forged signature in support of one of his loan applications. Relying on Casey’s false statements, the financing companies provided funding to Casey in amounts and on terms they otherwise would not have made. Most of the funds provided by the victim companies were never repaid, according to the U.S. Attorney’s office.

Casey was also found guilty on charges associated with orchestrating a scheme to fraudulently obtain Economic Injury Disaster Loans and Paycheck Protection Program loans from the SBA and a Massachusetts Sector-Specific Relief Grant – available under the Coronavirus Aid, Relief, and Economic Security Act – by submitting false applications for companies he created and controlled and by improperly using the fraudulently obtained loan and grant funds for personal expenses in 2020 and 2021.

Finally, the U.S. Attorney’s office stated that Casey, while awaiting trial for the financing fraud scheme, submitted an application for a $70,000 pandemic-related relief grant to the Massachusetts Growth Capital Corporation containing false information about the operating expenses of a company that was not in business in 2019 or 2020. Between April 2020 and April 2021, approximately $676,552 in COVID-19 relief funds was deposited into bank accounts controlled by Casey, and he used the vast majority of the funds for personal expenses, including a three-carat diamond ring which was ordered forfeited, a six-month membership to Match.com, private school tuition, residential rent payments, living expenses, payments on personal credit card accounts, restaurant meals, car payments and luxury hotel stays.

Casey also laundered the proceeds of his fraud schemes and failed to include the income from the Peabody rink fraud scheme on his 2014, 2015 and 2016 personal federal tax returns.