What To Do With An Old Truck Stop? 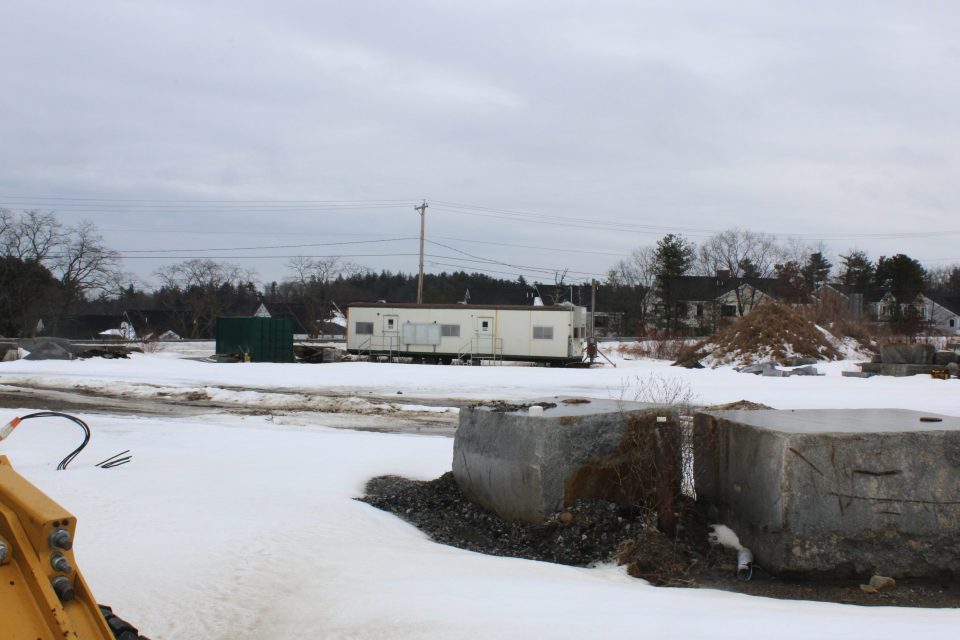 Photo: Stewart Lytle / The Town Common. With the houses of Bailey Pond in the distance, this is Trader Alan’s site today.

AMESBURY — Trader Alan’s Truck Stop just off Interstate 495 was always a busy place. Truckers pulled in for gas, service and some of the best hot dogs. They might even join locals at the Fifth Wheel bar to stomp and sing along with a country and western band.

If the trucker was tired of sleeping in his cab, he might book one of the 16 hotel rooms Trade Alan offered.

Having a 617-area code dates the truck stop prior to February 1998, when first 508 and then 978 area codes were implemented.

Trade Alan’s came to an end in the 1990s. The buildings, becoming rat infested, burned and in 2005, were torn down. The city acquired the 7.7-acre property for a dollar in December 2001.

So, what happens now to the old Trade Alan’s site?

“The former Trader Alan’s truck stop has been vacant for decades, and we have a great opportunity for a new development that will positively impact that growing neighborhood and our entire community,” Mayor Kassandra Gove wrote.

The property at 21 Pond View Ave. was vacant, used only for storage by the city’s Department of Public Works, while the surrounding neighborhood grew up. It now stands in a prominent location in one of the city’s hottest development corridors.

After years in development, 100 homes are being built across the highway at Bailey’s Pond. The city erected a large solar farm behind the old Trader Alan’s site. And nearby, Maples Crossing is building its sports and lifestyle complex, which will further transform this neighborhood.

“A lot has happened to this property in 20 years,” said Angela Cleveland, Amesbury’s Community and Economic Development Director.

Like most former gas stations, the property was initially designated by state and federal agencies as a brownfield. But after the underground storage tanks were removed, environmental studies found recently that the property is relatively free of toxic pollutants, Cleveland said.

The city designated the dog-legged shaped property as surplus in 2020 and appointed a civic committee to study various potential uses for the property. The committee has been meeting since last fall and held a public forum last week to hear what neighbors and other residents would like to see happen with the property.

Cleveland said the committee is on a short timeline and expects to present the mayor with two options this spring.

It is zoned by the city for an office building, but that use did not wow more than a dozen residents who voiced their opinion on future development of the property.

Several neighbors and town leaders, including Mel Webster, wanted the city to use the space for recreation, particularly rectangular athletic fields. Those fields might complement nearby the Maples Crossing sports and lifestyle complex, which is building a premier field on its South Hunt Road property for soccer, lacrosse and field hockey.

Pamela Fenner did not oppose the office building concept, but proposed that the city should consider building a mixed-use development that would include residential units on the second or third floors. That way the property would be used for more than just work hours, she said.

Sally Nutt said she is worried that any development on the Trader Alan’s property would exacerbate the traffic congestion in the growing neighborhood. “It is crazy what’s happening in the area,” she said.

Tracy Chalifour agreed that the neighborhood is already getting crowded. “It needs to be done responsibly,” she said.

Billie McLain said there is no green space in the area, particularly space for the children who live in the houses at Bailey’s Pond, to play. “We don’t need more housing,” she said.

Meghan Fahey said the city needs to use the property as a place to view the Merrimack River.

The committee plans to conduct a survey of area residents on the future of the property, Cleveland said. There will be another public meeting in late April.