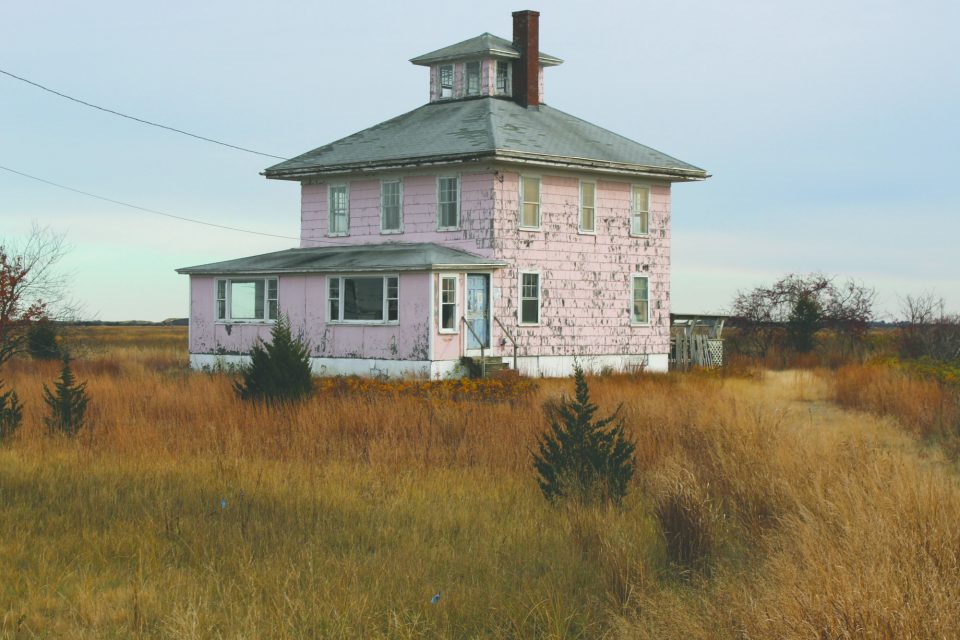 NEWBURY — When the U.S. Fish & Wildlife Service (USFWS) bought the iconic Pink House on Plum Island in 2011, it thought the single-family house, which is the subject of countless paintings and photographs, might serve the federal government as a guest house for visiting employees.

When that idea did not pan out, other ideas for using The Pink House included turning it into an artist refuge, a laboratory for biologists and botanists studying the adjacent Great Marsh, an educational center and preservation office or a place to park buses for students on field trips to visit the marsh.

Now entering their 7th year exploring solutions, due to a widespread desire of the community to preserve the house with its interesting history, the federal agency, the town of Newbury and the indefatigable volunteers of the Support the Pink House (STPH) took a step closer last week to a plan that is a win-win for all.

“We are grateful how helpful all involved have been to help this project succeed,” said Rochelle Joseph, President and Spokesperson for Support the Pink House’s board. Other STPH board members are Alison Odle, Kelly Page, Jeff Ackley and Sandy Tilton.

Calling The Pink House “unique” and quoting the town building inspector as saying it is a benefit to the community, the Newbury Zoning Board of Appeals voted unanimously to grant a variance that redraws the property lines of its lot into three.

The house stands on upland right in the center of the USFWS-owned triangular shaped lot. In order to carve out a lot for the house, it thus leaves resized parcels on either side which remain its property.

This required a redrawing of property lines so the house can stand on an acre, seeing a variance to approve the lot which meets requirements but is smaller than the town regulations allow. The resulting two other lots will remain non-buildable.

STPH’s plan is to attach a historic preservation agreement to keep the house’s appearance intact, which prohibits any significant modification to the house and would stop anyone from demolishing it. The well-crafted Preservation Restriction mandates that it remain pink, have the same roofline and appearance, even mandating that the driveway materials remain.

“The idea is to truly preserve The Pink House that people know and love and inspires so many artists,” Joseph said.

Bill Barrett, a local builder, who has spent years working with the Refuge Manager to help keep The Pink House from deteriorating during this process, told the ZBA, “The house is really worth saving. Every time I drive by it, there is an artist there,” he said.

The good news is that despite being empty for more than a decade, the house is actually in good condition structurally and internally. “It needs to be painted, a new roof and some trim needs replacing,” Barrett said.

So, what happens to the Pink House now?

The USFWS cannot sell it. If it could, “The Pink House would have been sold years ago when we began to seek solutions,” Joseph said.

But the land can be traded for more beneficial land that serves the USFWS mission.

After submitting a site plan for review by the town’s Planning Board, possibly in February, and a months-long process to put the Preservation Restriction in place, things would be in a favorable position to enable the Fish & Wildlife Service to trade The Pink House and its acre for other land that better serves its mission. In this instance, it would likely be many more acres in exchange for the one, which would be a wonderful addition of habitat preserved for both animals and plant life.

Once it is traded, a new owner can restore it under the preservation restriction’s guidelines.

The Pink House is zoned for agricultural and residential uses. “Besides being a residence once again, which it has been since 1925, it could also be used for a low-impact educational use,” Joseph said.

Many Pink House fans would be happy to see it be returned to its original purpose — a single family home “for a family who would like to live in it and take care of it,” she said.

Although there are many stories about why The Pink House was built in its lonely spot next to the marsh, records and news accounts at the time show that a Newburyport woman had it built almost a hundred years ago for her son who lived there from time to time with his wife and child. It is believed the mother loved her son, but was not pleased with his choice of a wife.

Though the legend of it being a spite house has certainly drawn attention, those interested in the factual history of the house are invited to visit the house history page on SupportThePinkHouse.com which continues to report on their continual deep research.

“Can you imagine seeing smoke coming from the chimney, or it having holiday decorations again?!” Joseph said.