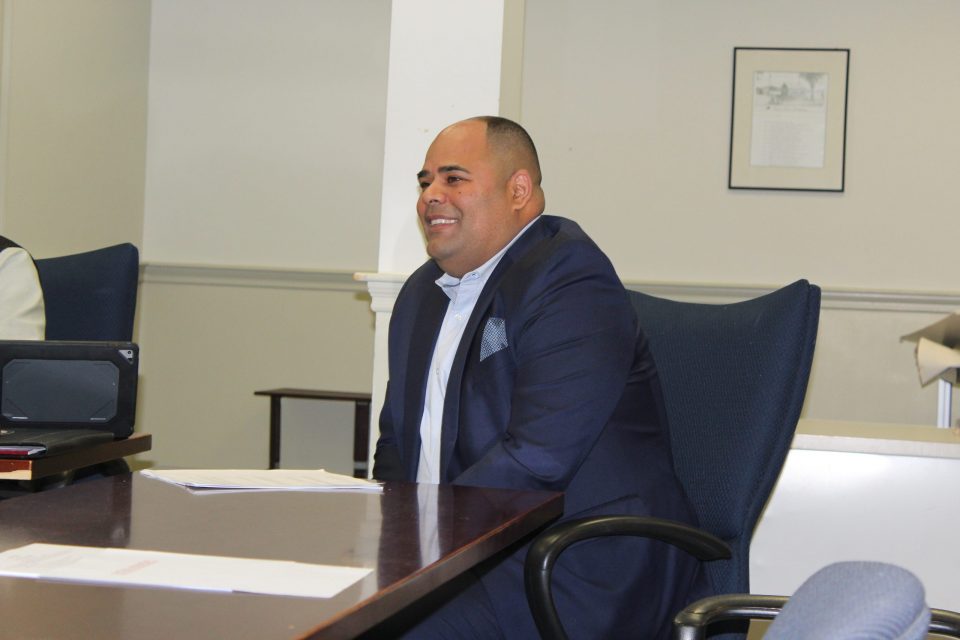 GEORGETOWN – The Board of Selectmen welcomed Orlando Pacheco as its new town administrator Monday. Pacheco was unanimously approved last month to succeed retiring Mike Farrell, who has been this town’s administrator since 2010.

Pacheco, 43, who is transitioning from being Lancaster’s town administrator, will be full time in Georgetown on Jan. 3.

“We were very happy with the candidates we had to interview, and we were particularly happy with the choice we made for town administrator,” Select Board Chair Doug Dawes said as he presented Pacheco with his contract.

Pacheco, who was bouncing Monday night between the Georgetown Selectmen’s meeting in person and a Zoom-call meeting with the Lancaster Board of Selectmen, promised, “I will hit the ground running.”

He has been meeting with Georgetown department heads, he said, and brought his family, including his two daughters, to the Georgetown Tree Lighting event last weekend. “I was really glad to attend the tree lighting,” he said.

After 20 years working in municipal governments, Pacheco promised to be both a quarterback and cheerleader in supporting the town department heads.

A resident of Rockport, Pacheco graduated from the University of Massachusetts-Amherst and earned a master’s degree in public administration from the University of New Hampshire. He served as an aide to former Mayor David Hildt in Amesbury, which he said was the best training for being a town administrator. He also served in various positions with the city of Haverhill and the town of Andover.

He was awarded the bronze and silver congressional award and is a two-time Ronald E. McNair scholar, which seeks to increase graduate education for students from underrepresented segments of society.

As Lancaster’s town administrator, he completed construction of municipal offices, secured large grants for public works projects and green communities projects. Under his leadership, Lancaster is one of the only government entities in the state that has fully funded its employee retirement fund, he told the board. He also increased the town’s stabilization funds and free cash levels to achieve an Aa rating from Moody’s Investor Service, according to his letter to the Select Board members.