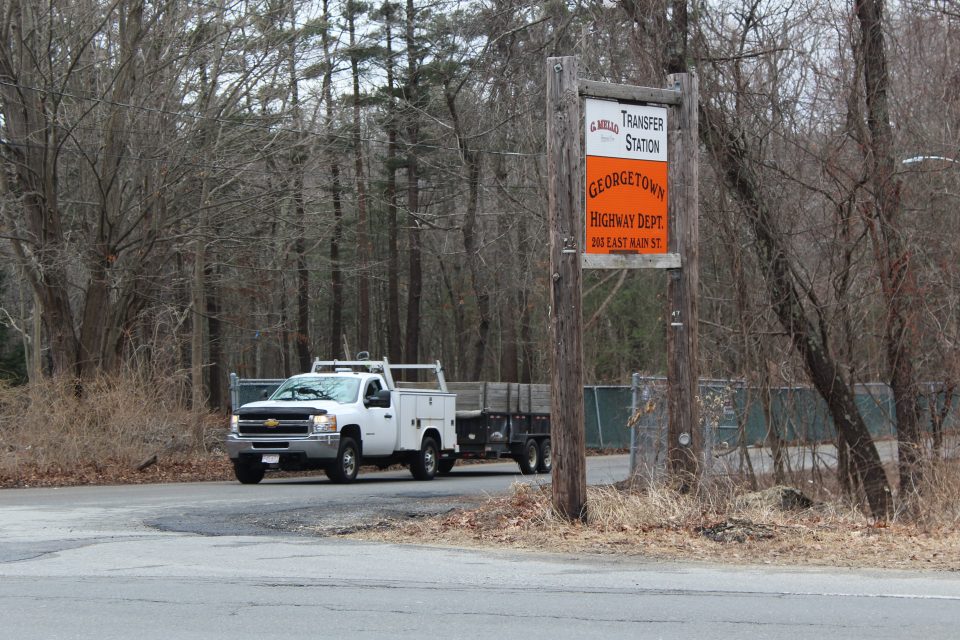 GEORGETOWN – The Planning Board has officially notified Town Clerk Kerri McManus of its unanimous decision to deny the proposal by the G. Mello Disposal Corp. to build a 500-ton transfer station near Interstate 95 on Carleton Drive.

Mello has 20 days to appeal the board’s decision to the Superior Court or Land Court. The board asked McManus to notify it whether Mello appeals or not.

Unless reversed by a court, the 4-0 vote, taken after almost two years of hearings and debate, is final.

The letter states, “No exceptions exist for this proposed project within the Site Plan Approval Bylaw. Therefore, a site plan approval from the Planning Board is required for any building permit to be issued.”

Mello continues to operate its existing transfer station on land leased from the town at 203 East Main St.

The nine-page letter to McManus outlined seven reasons the board denied the large transfer station. The reasons included the noise, pollution and traffic problems the board believed the proposed station would cause. The letter also maintained that the new transfer station was not harmonious with Georgetown’s village-like ambiance.

“The Planning Board has determined that this site plan as proposed will be so intrusive on the needs of the public, in so many numerous regulated aspects, that rejection of the plan is the only tenable decision available to it,” the letter stated. The words were underscored for emphasis in the letter.

The first reason for the denial was the location and uses of the buildings. The proposed driveway would not have landscaping to buffer the station operations from the neighbors.

In addition, the neighbors would not have been protected from up to 900 trucks and vehicles entering and exiting the station a day. Back-up truck alarms would be sounded “nearly every minute of each of the five operational delivery days proposed by the applicant,” the letter said.

Although wetlands are primarily a concern of the town’s Conservation Commission, which has not ruled on the Mello proposal, the Planning Board objected to the station’s plans to build a new road through the property that would require filling in 3,500 square feet of wetlands. Mello chose not to use an existing road to the station that would not require filling in the wetlands, the letter said.

Of particular concern to the board was that the driveway where trucks would enter the site was elevated five feet above the adjacent neighbors’ property.

Mello preferred to build a new road on the property so the station could face I-95, which it argued would reduce the impact of the station’s noise and pollution on adjacent properties.

The board also felt that the proposed buildings would not blend harmoniously with Georgetown’s architectural character.

Finally, the board found the proposed increase in truck and car traffic along narrow Carleton Drive would be detrimental to traffic at the intersection of East Main Street (Rte. 133) and the entrances and exits to I-95. The T-shaped intersection at East Main Street is already considered very poor, and Mello made no proposal to improve it, the letter said.

Carleton Road and the businesses that operate there were major concerns for the board because the proposed station would triple the number of trucks using the road, which would have a significant negative impact on those businesses.

Jon Samel, a Carleton Drive business owner, videotaped 18-wheel trucks trying to make the turn from Rte. 133 onto Carleton Drive. Many of the trucks were shown swerving into on-coming traffic, which created dangerous situations. Board members said they found Samel’s videos credible.

The board was also concerned that Mello did not propose to pay for rebuilding Carleton Road, after engineers said that the narrow road with significant drainage problems must be totally rebuilt. The board said it was the responsibility of Mello, not the town, to reconstruct the road to the proposed station.