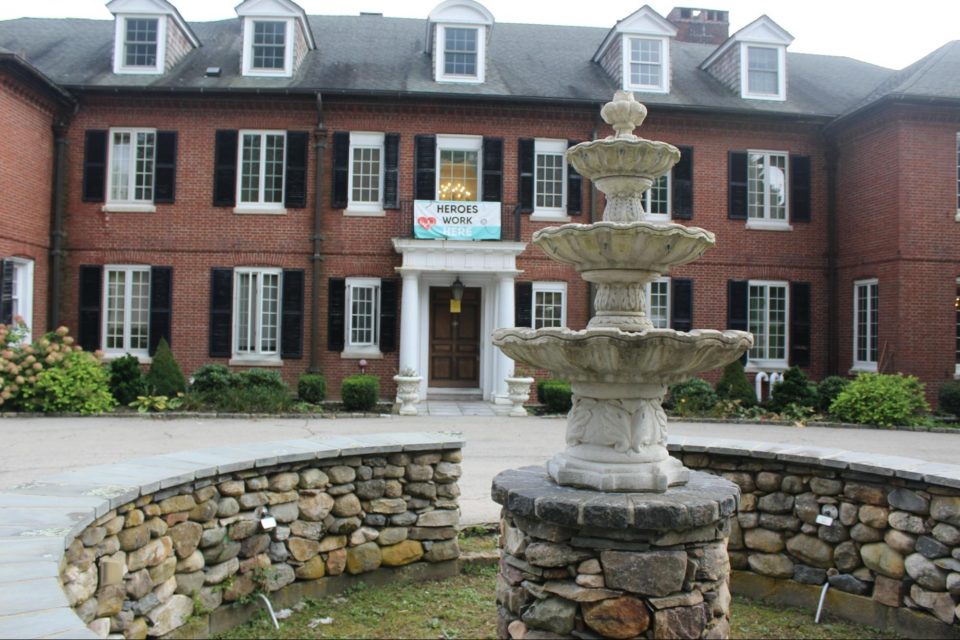 ROWLEY – Sea View Retreat, which has been caring for elderly clients for 67 years, is likely to close within two weeks, owner and operator Steven Comley II said Monday.

“We’ve been hanging on with one finger,” Comley said. Blaming the lack of support and constantly changing state regulations, he called the decision to close “excruciatingly painful.”

Sea View’s closing will impact beyond its staff and elderly and veteran patients.

Its web site notes: “In an era of large, impersonal nursing facilities dominated by a handful of corporate giants, Sea View offers an inviting and unique ambiance.”

Originally built as a grand summer “cottage” at the beginning of the last century, the mansion has a rich history and compelling charm. A stroll through the facility is like a walk back in time. It features brass chandeliers, arched hallways, stained glass lamps and fireplaces in common areas and patients’ rooms.

From its usual 62 nursing home clients, the stately facility, which has been the set for several major films, is down to 22 patients, and four are scheduled to leave this week, Comley said.

The 300-acre facility on a hill with a view of the Atlantic Ocean had a staff of 120 before Covid-19 struck. Now it is down to 45 staff members and cannot find nurses and housekeepers.

Comley thought there would be more people looking for work after the enhanced unemployment benefits expired, but “Nobody’s coming,” he said.

The third-generation owner of the facility said since the beginning of the pandemic, state regulations have been changing almost weekly. “It’s almost impossible to keep up,” he said.

The government requires every staff member be checked for Covid before each shift, which has cost Sea View $200,000 to $250,000, an expense that has not been reimbursed. If staff members have a fever and Covid-like symptoms, they are quarantined in a hotel at the facility’s expense.

About 30 percent of the positives have turned out to false positives when retested the next day, Comley said.

“I can’t find enough good people,” he said. “Everybody is burned out.” With the shortage of staff, he and other administrative staff are washing dishes. Nurses are doing double and triple shifts. Aides are filling in for nurses.

Sea View fell below the required 90 percent of the staff being tested because one staff member went on vacation, he said. As a result, the state imposed a freeze on admissions at the facility for the last several months.

Despite rising costs during Covid, the state is reimbursing Sea View at the 2007 rate. “It’s a little out of date,” Comley said.

He is also no fan of the vaccine mandate for staff. “They don’t like being told what they have to put in their bodies,” he said. Estimates are that as many as 25 percent of the staff are not vaccinated.

He has called Gov. Charlie Baker multiple times asking for help and reverse the vaccine mandate order he talked with an aide once. Sen. Bruce Tarr, R-Gloucester, has talked with the governor as well, but the governor refuses to drop the mandate for nursing home staff.

Sea View was started in 1954 when Comley’s grandmother, Ruby Lynn Mollison, and her husband, Winthrop, bought the old brick mansion at an auction. She had run a nursing home in Beverly for eight patients. Sea View opened with 62 and was licensed to care for 147.

The family decided in favor of providing quality care for the 62 patients, rather than try to make more money by adding more beds.

“We’ve done pretty good. Our patient satisfaction is at 100 percent,” Comley said. Most of the families are happy.

Covid has presented numerous challenges. “We can’t take care of patients from six feet away and wearing masks,” he said. “It is starting to hurt care.”

The future of the building, the staff and for Comley himself is a bit murky. He is also concerned about the nursing home industry.

Daily he gets calls from up to 12 other nursing homes, offering up to $20,000 for each nurse Sea View refers to their facilities. One facility brought in Filipino nurses, paying them a bonus and an hourly rate of $75, which Comley said would have put Sea View out of business even earlier.

He has sold off some of the 300 acres of rolling hills to keep the facility afloat and pay down the debt from previous borrowing.

As far as his own future, “I haven’t given it much thought,” he said.

He speculated the grand mansion could be a hotel or a restaurant. But he admitted he knows nothing about running any other business than the one his grandmother left him.

“I just hope the state will think we are important,” Comley said.