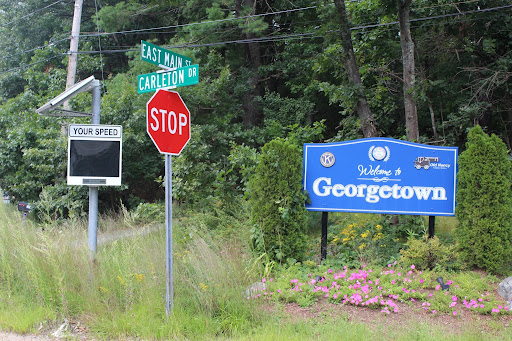 GEORGETOWN – After more than a year and a half of gathering information about G. Mello Disposal Corp.’s proposed new 500-ton transfer station, the town’s Planning Board last week abruptly shut down its fact-finding effort and moved to deliberate at its next meeting on what conditions the town will impose on the large trash collection company.

Mello agreed prior to last week’s meeting that it would limit its operation at the new station to 200 tons during the first year and increase the tonnage each year for four years to reach the 500-ton capacity.

The board, which can only regulate the “layout, scale, appearance, safety and environmental impact” of the proposed transfer station on Carleton Road near Interstate 95, will begin deliberations on the new station on Sept. 8.

It was also disclosed at this hearing that Mello has offered no host agreement to benefit Georgetown and cover additional expenses it may cause the taxpayers. Host agreements are common in towns for large projects and are required for recreational marijuana sales.

According to Mike Birmingham, an opponent, the town of Holbrook receives almost $1 million a year from its host agreement with a transfer station.

Mello’s proposal, which has drawn substantial resident opposition, faces scrutiny by other town boards and officials, including the Conservation Commission, which postponed its consideration of the transfer station until its next meeting.

The transfer station must also secure a building permit from Angelo Salamone, the town’s building inspector, who could decide that the town’s new bylaw limiting transfer stations to 50 tons would prevent him approving a 500-ton transfer station. The bylaw was approved by the Attorney General, but the town adopted it after Mello filed its application to build the large station. That issue would certainly be litigated in court.

Last week after about two hours of discussion, including comments from dozens of residents, Planning Board vice chair Bruce Fried proposed to close the public hearing. It was seconded by Joanne Laut.

A surprised Robert Watts questioned whether Fried knew his motion would prevent the board from gathering more information from the public on the project. Fried said he did. Town Planner John Cashell explained to the board that if it approved Fried’s motion, it would begin deliberations on the project at its next meeting.

Despite those warnings, the four-member board voted unanimously to end the public hearing.

Board member George Comisky, who has recused himself from voting on the Mello project, said he believes the town needs more information about the project.

Harry Cortiglia, the Planning Board chair, told the board that once it issues a site plan approval, “there’s very little the board can do.”

A major focus for the Planning Board will be traffic on Carleton Drive and its intersection with Rte. 133 (East Main Street). Mello has promised to hire an off-duty police officer for the first 60 days to help manage the flow of traffic at the intersection.

Board member Bob Watt said he found “very credible” the videos Jon Samel, an opponent who operates two businesses on Carleton Drive The videos showed trucks crossing the centerline of Carleton Road and blocking the intersection with the state highway. Mello produced videos showing trucks easily making the turn to and from Carleton Drive.

Mello’s proposal to limit the tonnage during the first five years included a review of the transfer station operations by the Planning Board before it allows Mello to increase the tonnage for the next year. It was unclear what authority the board has to force Mello to make changes, if it decides some are needed.

Fried said the board must have the authority to stop the transfer station operations as part of that review. “This is a huge project. If we don’t get this right, we can’t go back and fix it,” Fried said. 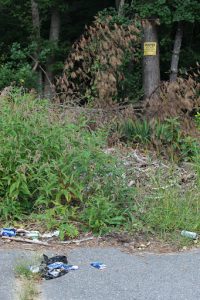 Who will pay to reconstruct Carleton Road is another issue, but that will be decided by the Board of Selectmen, which has the authority to decide if and how much money Mello will have to pay to rebuild the narrow access road to the station.

Engineers, after analyzing numerous borings in Carleton Drive, concluded that the narrow road with a thin top of asphalt and poor drainage must be rebuilt to sustain the impact of hundreds of trucks and cars per day using the transfer station.

Mello attorney Nancy McCann told the board the company has been discussing rebuilding Carleton Drive with town highway surveyor Peter Durkee. Town Planner John Cashell said Durkee told him he “is amenable to working with Mello to reconstruct the road.”

The Planning Board was given no details.

Sixty people attended the hearing. Of those, dozens of residents opposed the project. Theodora Capaldo said, “We are trying to fit a very large square in a small hole.” She also questioned why no other municipality is trying to take this transfer station from Georgetown. “If it was good for a community, other towns would be competing for it.”

Samel said the traffic studies presented to the board are not accurate. He recently did his own survey and found that about 180 vehicles per day use Carleton Drive. Once the station is in operation, the proposed number of vehicles will be much higher.

Former Selectman Steve Sadler said the town’s bylaws prohibit intersections being rated as an F and require that the town bring them up to at least a D rating. The intersection at Carlton Drive and Rte. 133 is rated at F and is expected to be worse when the transfer station is operating.

“It is going to be a horrible situation,” Sadler said.

Several neighbors said they were just finding out about the proposed station and were outraged that the town is considering it. Kathy Birmingham, a long-time opponent of the station, said, “My heart breaks for those people who are only now learning about this project.”