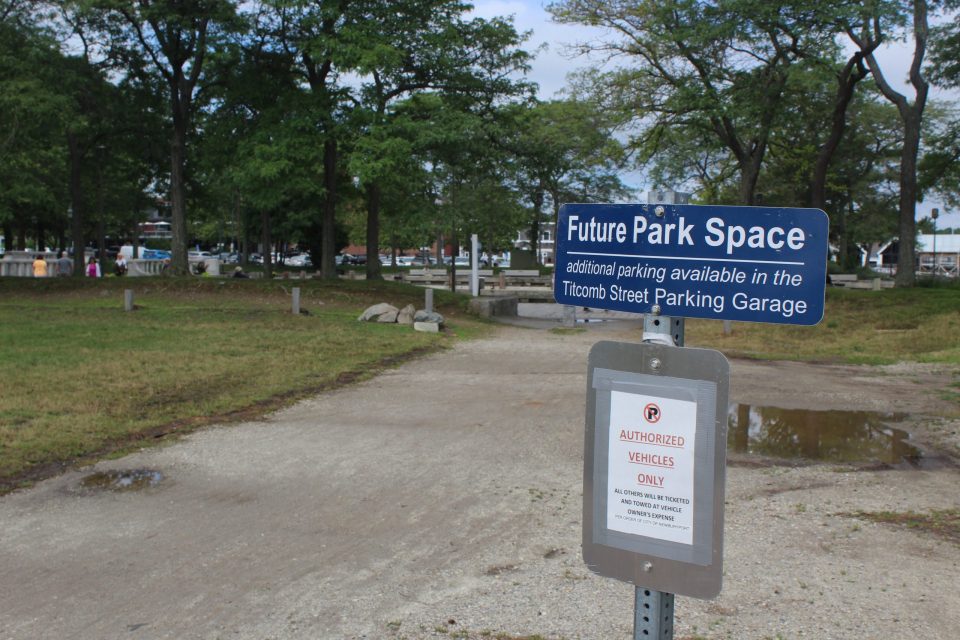 NEWBURYPORT – When the new waterfront park is completed on the Merrimack River in 2024, is it better to have the two smaller parking lots on opposite ends of the park or consolidate all parking into one larger lot on the east side of Market Landing Park?

Would you want the parking lots to have trees and shrubs to make them look like they are part of the park?

If you ride your bike between the two sections of the Clipper City Rail Trail, would you walk the bike through the park? Or would you ride as fast as you want despite pedestrians using the shared pathway?

Would you like to see more art and playful structures that children can climb on new berms to hold back the rising river?

Do you want the pathways and plazas paved with brick and concrete or with asphalt? Do you want more trees and shrubs?

Are the docks, used in the river to tie up visiting boats in the summer, annoying to look at in the winter, stacked in the park? Would you prefer the docks to be stored upriver at Cashman Park instead of in Market Landing Park?

These are a few of the questions park designers Sasaki Associates is asking on an on-line survey that residents and visitors can fill out until July 14. The survey, which would take 10 to 15 minutes, can be found at bit.ly/market-landing-park-survey.

The park planners will be on the waterfront boardwalk to host a pop-up table from 4 to 6 p.m. on Tuesday, July 6 and July 13, to “hear from as many Newburyport voices as possible” about their views of the future waterfront park.

“The goal is to make it an active, functional destination that is uniquely Newburyport and resilient against rising tides,” Sasaki project lead Kate Tooke said last week.

In the next step of designing the expanded park, Sasaki outlined three different concepts. The features of each concept can be mixed and matched to create the perfect park.

The city officials, who attended the presentation, loved most of the conceptual design, but they were a bit shocked at the price tag, which exceeded substantially the city’s estimate of $5 million or $25 per square foot. The park is 4.69 acres or 204,594 square feet.

“If we need to add $10 per square foot, to get the park we like,” Mayor Donna Holaday, who has shepherded the expansion of the waterfront. She made it clear, she likes brick and concrete pavers, like downtown buildings, and not asphalt.

Tooke outlined the costs to build other waterfront parks Sasaki has worked on. The cheapest was $6.4 million or $31 square foot. It included asphalt paving and fewer trees and bushes. The most expensive park cost $15.2 million and included brick and stone paving, cement walkways instead of asphalt. It also had more public art.

“The public is expecting more,” City Councilor Sharif Zeid said. “Spending $5 million on it is not realistic.”

The big differences among the three options include the size and location of the parking lots and the route of the shared pathway for bikers and pedestrians.

In the first option, called the Central Spine, the parking lots will be on both sides of the park, as they are now, but with much smaller footprints — 33 spaces on the popular west side and 76 on the east. The shared path would loop closer to the Firehouse Theater as it links the two ends of the rail trail.

In option two, called Braided Oasis, the shared path would be more sharply angled and broken into several paths, making it harder for bikers to race through the park. The parking in this option would be consolidated in one large lot of 114 space on the eastern half of the park.

Option three, named Shoreline Bands, had the shared path running a straight parallel to the river near the top of the embankment and behind the stage. It splits the parking into smaller lots that would be landscaped with trees and shrubs to make the parking seem more like it is part of the park.

All the options included adding mounds near the boardwalk to keep back waters from the river during storms. The mounds could have sculptures and benches for enjoying unobstructed views of the river.

The dozen city officials who attended offered a variety of suggestions. None seemed to like consolidating the parking on the east side. City Clerk Richard Jones, who is also the parking clerk, noted that the west lot is “intensely used.”

Council member Barry Connell thought landscaping the parking lots would be expensive and difficult to maintain, particularly during snowstorms. He wanted to move the shared path away from the river in hopes of preventing bikers and pedestrians from crashing into one another.

Council President Jared Eigerman was more blunt about bikers. Plans to have bikers walk their bikes through the park are unrealistic, he said. “They won’t do it.”

Everyone liked moving the storage area for the docks to Cashman Park, but noted it would be more costly. The slide presentation by Sasaki of the three options can be found at www.cityofnewburyport.com/planning-development.