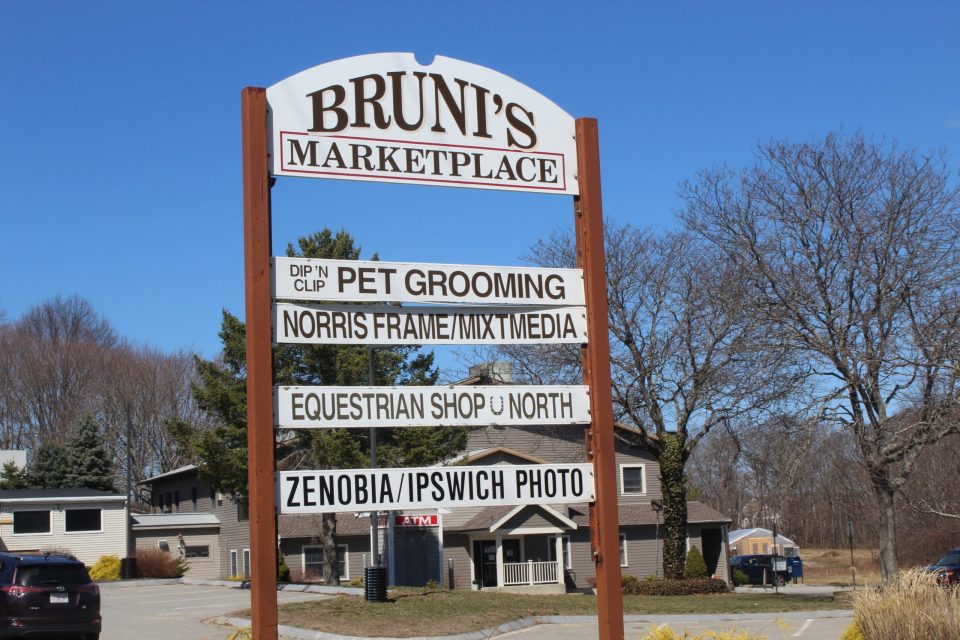 IPSWICH – Will Essex Pastures have 191 units like developer John Bruni wants or 141 units that were approved by the town’s Zoning Board of Appeals (ZBA) last month?

Will it have the almost 8,000 square feet of retail space as Bruni proposed, or none as the ZBA permitted?

These and a variety of other issues involving the controversial housing development on Highway 133 will be decided later this year by a state agency, the Housing Appeals Committee (HAC), which can overrule the local ZBA. Bruni appealed the town’s decision this month.

After three years of deliberations on the project, the town and developer agreed that some of the units will be deemed affordable to rent. But they couldn’t agree on how much cheaper and who would be eligible for the affordable units. Bruni proposed that 49 units, or 25 percent of the apartments, would be available to families that earn 80 per cent or less of the Ipswich median income level.

In its 22-page decision, the ZBA ruled that 20 percent of the project, 28 units, would be made available to lease by families that earn 50 percent or less of the local median income.

The Bruni project proposes to build a combination of apartments in two- and three-story buildings and 18 three-bedroom townhouses on a 13.25-acre parcel at the old Bruni Marketplace, which closed in 2013.

There would be 384 parking spaces. In the center of the development would be a large community clubhouse, patio and pool.

Because Ipswich has 9.2 percent, slightly less than the 10 percent required by the state, of its total housing stock deemed affordable, local zoning laws can be superseded. That is the basis of the Bruni appeal.

The project has drawn considerable opposition. More than 100 people showed up for one of the last ZBA public hearings in May. 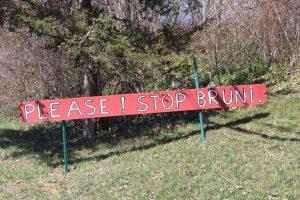 Opposition to the Bruni project is intense. Photo by Stewart Lytle

Opponents objected to the size of the project, saying it will strain the police and fire department resources, schools, roads and the water and sewer capacity.

Paul Meneghini, a resident, told the ZBA, “the size and scope of the project is adversarial to the beauty and character of this town.”

In a letter on the project, Joyce Kippin, another attendee, wrote, “In the hands of this developer, it will destroy the fabric of our community. The uniqueness of our beautiful, historical Ipswich that makes our town such an attractive and varied place to live is being replaced with a mega 40B housing project — local control and zoning be damned. Furthermore, it is on the Essex Scenic Coastal Byway.”

Bruni argued through his attorney Peter Freeman that the conditions the ZBA imposed would make the project “uneconomic.” It objected to the reduction in density, which the appeal stated, “is not consistent with local needs.”

The ZBA asked Bruni to produce an analysis of the financial feasibility of the project, but Bruni declined. It is expected that the state agency will insist on having that analysis presented.

Bruni also objected to the ZBA requiring that it run a 12-inch water line from the highway to the project. It further objected to the requirement for “excessive landscaping” and hiring a certified arborist.

In addition, the ZBA required that the houses be designed to hold solar panels on each roof, which Bruni objected to.

The state agency may hold its first hearing on this project within 90 days.

Once all the town boards issue their decisions, the project must still be approved by the Ipswich Conservation Commission.