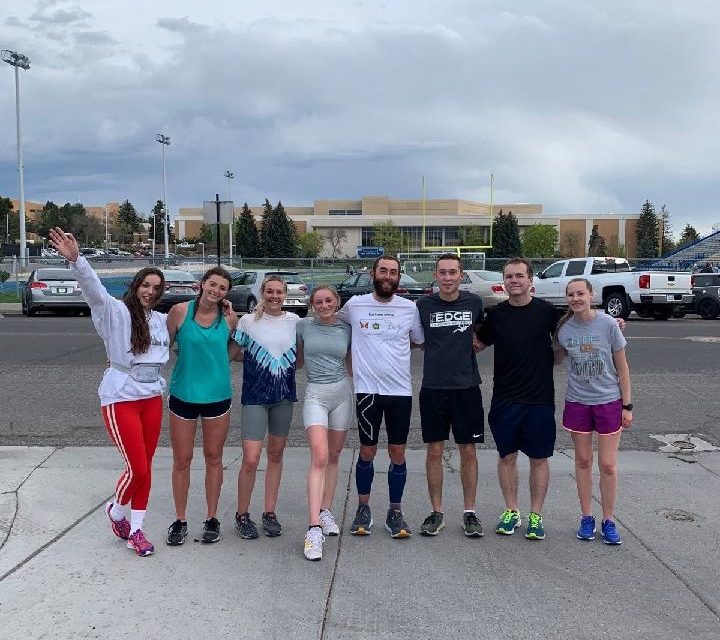 JACKSON HOLE, WY – It was like a scene out of Mike Wilson’s favorite movie, Forrest Gump. As he ran into the Rocky Mountains on his trek across America to raise money for Lucy’s Bus, his favorite charity, a group of Brigham Young University students joined him, running with him for several miles.

“It was awesome,” Mike said. 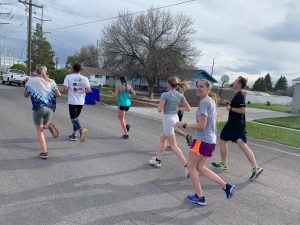 In Wyoming Mike also met a woman who had lived in Everett, MA. “What a small world it is,” he said.

To his surprise, several people he has met don’t quite understand that he is running across America. Most think he must be bicycling the 3,000 miles from the west coast to the Merrimack River waterfront in Newburyport. They look for his bicycle and are perplexed by his running stroller with a bumper sticker that says “Running Across America,” he said.

The Town Common caught up with Mike as he ran his longest day yet, 47 miles in one day at an altitude in the mountains of more than 5,000 feet above sea level.

“It is getting pretty tough to breathe” as he runs, he said.

He expects to pass through 8,000 feet above sea level in coming days.

Mike is running to raise money for Lucy’s Love Bus, a non-profit organization, which fights cancer by offering free integrative therapies such as acupuncture, reiki and massage to help balance the effects of traditional treatments.

The shirts can be purchased for $20 at lucyslovebus.org/mikesrun.

Mike plans to finish his run on the waterfront of Newburyport in a couple of months. Pick up The Town Common or follow him on the web site each week to track Mike’s progress across America.

In addition to New Balance and the Portsmouth Planet Fitness, sponsors include True North Ale Co. in Ipswich, Wire By Ryan in Byfield, Marge Bar and The Juicery in Newburyport and Vincent Bianco Custom Catering in Peabody.