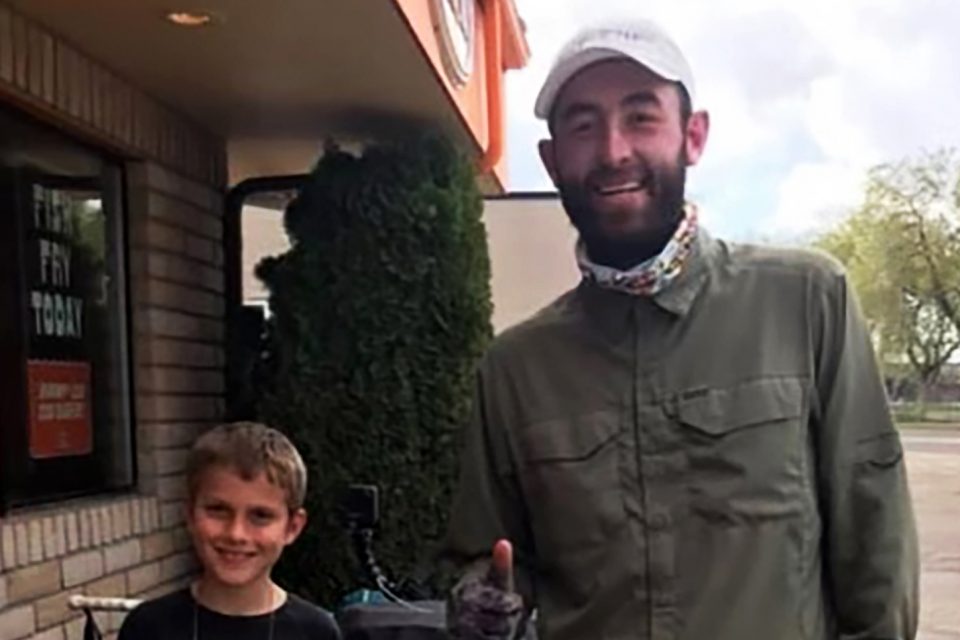 BOISE, ID – Mike Wilson was happy to cross the Oregon state line into Idaho last week on his 3,000-mile run across America to raise money for his favorite charity, Lucy’s Bus in Amesbury. He expected to begin the journey across the Rocky Mountains in the next few days.

“I was happy to get out of Oregon,” he said.

When The Town Common caught up with him, the personal trainer was headed to Boise where he planned a stop at a Cabella’s store to stock up on supplies for the challenging run ahead.

“It’s already cold, but the Rockies will be even colder,” he said.

The zipper on his tent broke and needed to be replaced. Late last week, his running stroller, which carries all his supplies had another flat tire and required him to patch it. Earlier, while still in California, he had a flat that he got fixed in Oregon.

As he ran through a small town, a pack of three dogs left their front yard and chased him down the road. He thought he had scared the dogs away, as they retreated to their house, but they soon began to chase him again. He had to deviate from the route his GPS had laid out, adding another five miles to his 40 miles per day daily run.

After avoiding three other dogs that came after him one at a time, he reached a hotel about midnight, he said. While at Cabella’s he planned to purchase some dog repellant for the rest of the journey.

Despite the challenges he has overcome, which included all his gear burning up in a car accident before he started running, Mike said he is maintaining a positive attitude. Last week, as he ran through the Bad Lands of Oregon, he said he would finish the run for Lucy’s Bus no matter what it took.

The shirts can be purchased for $20 at lucyslovebus.org.
The MaxLove Project is a California-based program like Lucy’s Love Bus.

Mike plans to finish his run on the waterfront of Newburyport in about 80 days. Pick up The Town Common or follow him on the web site each week to track Mike’s progress across America.

In addition to the Portsmouth Planet Fitness, sponsors include True North Ale Co. in Ipswich, Wire By Ryan in Byfield, Marge Bar and The Juicery in Newburyport and Vincent Bianco Custom Catering in Peabody.