Jim Wilson Was A Wonderful Man 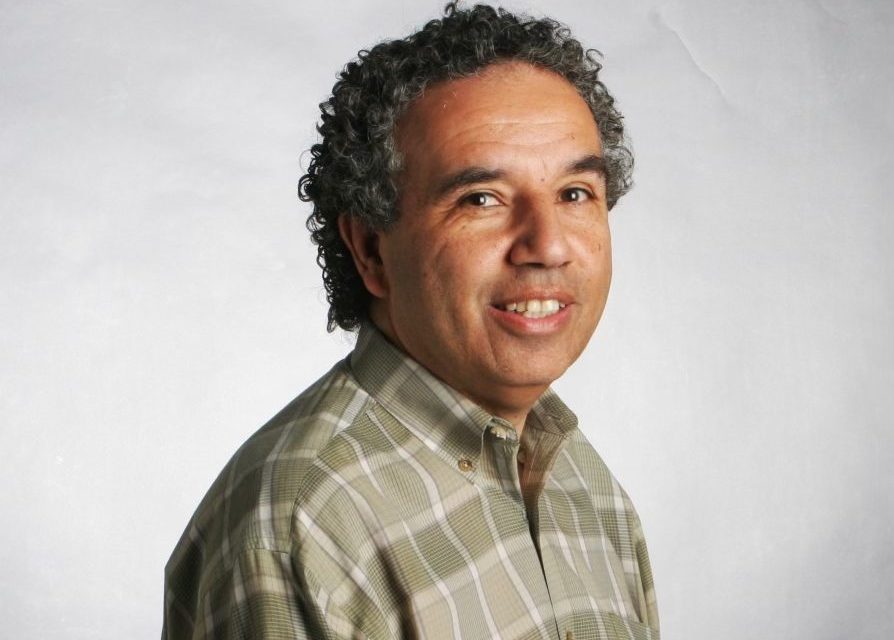 No matter what Jim Wilson was into on any day, Bill Brett, his boss for years in the Boston Globe photography department, recalls that if you asked how things were going, he always said, “Wonderful.”

Even last week when a stroke, induced by chemotherapy treatments to fight his cancer, had robbed him of his ability to speak, Bill Brett said he answered the question by mouthing “Wonderful.”

“Jimmy was one of the warmest, friendliest, funniest people I’ve ever known,” wrote Bill Brotherton, who knew and worked with Jim since they were young newspaper employees at the Lynn Daily Item.

James N. Wilson, 68, of Rowley, an award-winning Boston Globe photographer for 30 years, and consummate newspaperman, entrepreneur and all-around good guy, died a week ago after a 10-month battle with cancer. He was surrounded by his wife, two sons – Benjamin and Matthew – and his devoted German shepherd, Max.

He was the editor and publisher of The Town Common, working with founder Mark Maravelli to make the North Shore paper an example of great community journalism.

The outpouring over the last week from lifelong friends and colleagues, neighbors, customers and young people whose lives he touched has been extraordinary.

Steve Krauss, who joined the Lynn paper in 1978 and continues as its writer at large, wrote: “As good a photographer as Jim was, he was even a better person. He had a face that broke into an easy smile, and he had a personality that matched.”

Mark Sutherland, who designs and lays out The Town Common, met Jim through working at the Lynn Daily Item, and wrote: “Jim was truly one in a million. His energy was infectious and motivated those around him. He was one of the most caring people I have ever met. I only knew him for five years, but it felt like I knew him for 20. He could make you feel like that after one day of meeting him. That’s just how he was.

“He was passionate about everything he did and everyone around him. I will miss our conversations ranging from food, to music, to work and just life in general; and weekend afternoons spent at the candle barn. Rest in peace to one of the great ones. You’ll be missed by many.”

A common theme was how much Jim gave to others, particularly young people. Brotherton wrote: “No matter how busy he was – and he always juggled dozens of responsibilities – he would drop what he was doing to listen, help and offer support.”

One of those young people was 15-year-old Ava Moeckel, who met Jim when he asked her to help him assemble his soy candles and later to write articles for The Town Common. “I was very upset hearing of Jim’s passing. He was always such a friendly and considerate person. He was very kind to me as well as made me feel comfortable in my first job. He gave me the opportunity to be a part of The Town Common Newspaper, which is going to continue to give me experience, impact my college resume and benefit my future. I am grateful to have known such a wonderful man.”

Born and raised in Lynn, Jim was what his friend Bill Brett called “a North Shore guy.” He attended the Ingalls Elementary School and was active in Boy Scouts. With his lifelong friend, Don Dupray, a former Hamilton police officer and current Rowley firefighter, he achieved the rank of Eagle Scout.

He graduated from Lynn English High School in 1971 and attended Salem State University, where he studied chemistry and physics.

His love of chemistry and generally of how things work led Jim to photography and later to mixing soy-based candles, a successful business, Good Earth Candles, he ran in his barn and now his son Matthew continues. He started his photography career in college and was soon hired at the hometown newspapers.

His wife, Jane, tells the story of how he drove around the North Shore with his camera and a police scanner always wanting to be the first to get the “shot” at the scene.

He moved to the Globe in the 1980s and was an award-winning photographer. There he met Jane White, whom Jim affectionately called “Lynx.” They married at the Ritz Carlton in Dana Point, CA, in September 1991.

Jim was promoted to be deputy director of photography, helping to supervise the Globe’s coverage of World Series and Super Bowls as well as the 2013 Boston Marathon bombing.

“He could do anything,” Bill Brett said. “There were lots of times he saved my tail.”

When he showed up to take a photo of someone, they often told him they hated their picture being taken, Brett said. “Jim would tell them, ‘When I get through, you’ll love it.’ And they did.”

His lifelong friend, Don Dupray, tells the story of one assignment where he was to shoot a photo of the boxer Marvin Hagler, who notoriously refused to have his photo taken. Jim rigged several cameras around the ring where Hagler was to box, but forgot to dismantle the flash. Hagler was furious when he heard the cameras clicking and the flashes going off. But Jim charmed him, Dupray said. “They got along fine.”

Beverly Bucherri, owner of BC Essentials in Newburyport, was a friend and one of the biggest customers for the candle business.

“Jim was such a great guy, always up to new adventures! I first met Jim 10 years ago when he started pouring my candles for me. His passion for Good Earth candles always came through, as did his zest for life. He was a very kind, caring man.

“He was incredibly hard working, and always on the go! He would always tell me about his next big adventure! Jim liked to dream big, and I admire that as a small business owner. He always welcomed people to the barn on Sundays to shop, have a few drinks or just have a conversation.”

Family was everything to Jim. Brotherton, who shared a love of music with Jim, wrote: “He was so proud of his sons and frequently boasted about their achievements and how lucky he was to have them and Jane in his life,” he wrote.

“Jim introduced me to the music of Prince long before he was a superstar. Jimmy was a superstar in his own right. A great photographer and an even better person,” Brotherton wrote.

He was committed to community journalism. When he took early retirement from the Globe, the always restless Jim returned to his roots, becoming the chief operating officer of the Daily Item. In 2014, the current publisher Ted Grant, who had been at the paper in the 1970s and 1980s, wanted “to get the band back together,” wrote Steve Krauss, one of the band members.

As the chief operating officer, Jim not only helped fledgling photographers learn the business, he also handled a lot of the daily dealings with printers and other vendors.

“Jim was a healthy mixture of old and new school. He and his police radio were never far apart, and I, as news director, could count on texts at all hours of the day and night from him about local stories he’d picked up from the scanner. In fact, there were times I wished he wasn’t quite so conscientious, such as at 11 p.m. on July 4 one year when he informed me of a quintuple shooting in East Lynn,” Krauss wrote.

Jim also understood the newer trends of the news business. It was Jim who oversaw the creation of The Town Common’s website at towncommonmedia.com.

One of Jim’s lifelong loves was the Topsfield Fair. Jim O’Brien, president of the fair, grew up with him. Scouts together, they loved to work at the Indian Pond Scout Camp, cutting wood and fixing things in winter.

“Jimmy started taking photos for the Topsfield Fair several years ago, and he really liked working with the entertainers at the concert meet and greets. He was an ‘idea man’ who was always busy with the newspaper, the candle shop and a variety of other ventures. More recently Jimmy worked in the fair office securing and supporting our vendors,” O’Brien wrote.

David Thomson, who owns his own communications firm, got to know Jim when he was promoting the fair and Jim took a week off work each fall to shoot photos. “He loved being at the fair and talked to everyone. He would always tell me about different exhibitors, volunteers and vendors he had met and how they would make a great story.”

MaryAnn “Mo” Levasseur, a 20-year-friend of Jim and Jane, helps run the Solace for Stephanie organization, which Jim supported through The Town Common and in turn was helped by it when he contracted cancer. She wrote about the last times she saw Jim at the Topsfield Fairgrounds.

“He came around the corner and I had not seen him. He lost about 50 pounds. There he was beaming to be back with the Fairground staff and his goal was to get back to work! Then in October I saw him at the fair right before the stroke. He was with Matt and he was thrilled just to be out and at the fair at the pumpkin weigh off. Each year without fail you would see Jim on the floor taking photos.

“Jim was always a community minded person. His thrill was to make something happen or help someone out. He didn’t need any accolades. It was the way he was wired.

“That’s why when he purchased The Town Common, I could see on another level, he was bringing community together through his lifelong life career of media.”

When Jim contracted gall bladder cancer, he was determined to beat it, spending several days a month taking chemotherapy treatments and working with nurses at his home keeping him hydrated.

“Jimmy was always upbeat, and when he found out he was sick he never doubted that he was going to beat it,” O’Brien wrote. “On the last day of this year’s fair, he sent me a text wishing me luck. He was always planning on how he was going to come back to work and take care of the vendors. He never gave up. He was just a great guy.”

Levasseur, who visited Jim at home the day before he died, wrote: “Jim battled and tried not to ‘live’ as if he had cancer, and he succeeded. I would see him and feed of his positive energy and think, he’s got this. I will dearly and sorely miss Jim, and I know our community will too.”

In addition to his wife, sons and dog, Jim leaves behind his brother Edward A. and his wife Marie of Kittery, ME; his sisters Dolores A. Geyer of Corona, CA, and Joan B. Sims of Lynn; his nephew Matthew Geyer and his wife Tina and sons Carson and Chase of San Clemente CA; his niece Robin Downs and her husband, Dennis, son Nicholas and daughter Olivia of Corona, CA; and his sister-in-law Laura D. White, of New York City, NY.

Jim’s funeral will be held at 11 a.m. Saturday in Our Lady of Hope Church in Ipswich.