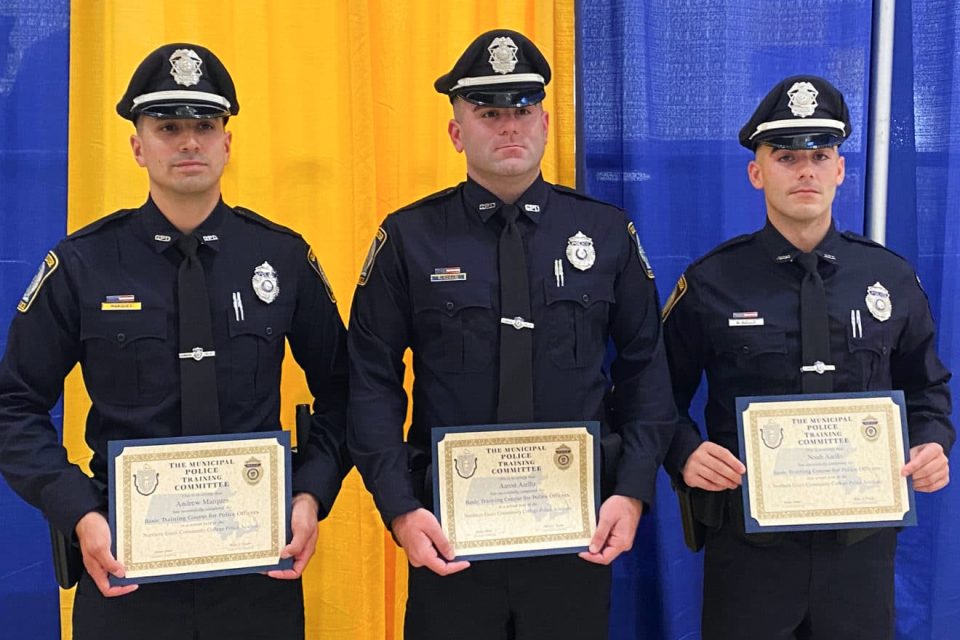 GLOUCESTER — Chief Edward G. Conley reports that the Gloucester Police Department welcomed four new officers to the force this week, including two brothers who join a third brother on the department. 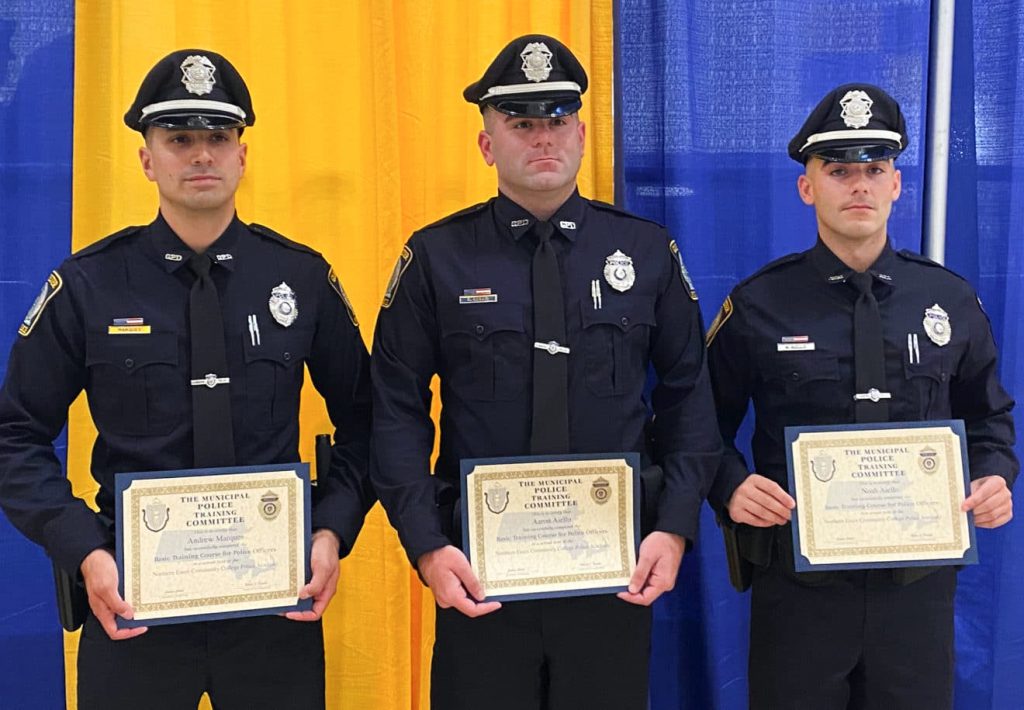 All four officers will undergo six weeks of field training. During this time they will ride alongside experienced Gloucester Police officers as they practice proficiency in skills unique to the Gloucester community and department.

Andrew is a lifelong resident of Gloucester and graduated from Gloucester High School in June 2007. After he graduated from high school, Andrew enlisted in the U.S. Navy and was stationed in Sasebo, Japan working as an airman onboard the USS Denver, taking part in various multi-national operations in the Pacific. In 2011 he was honorably discharged, returned home and worked as a construction maintenance technician at Landmark School in Beverly.

Dylan is a lifelong resident of Gloucester and graduated high school as a home-schooler in 2008. He then attended Geneva College, graduating with a Bachelor of Liberal Arts in Student Ministry in 2012. While attending Geneva, he met his wife, Carolyn, whom he married in 2012. Dylan and Carolyn have two sons, who can often be seen out on the soccer fields with Dylan as their coach. From 2012 to 2016, 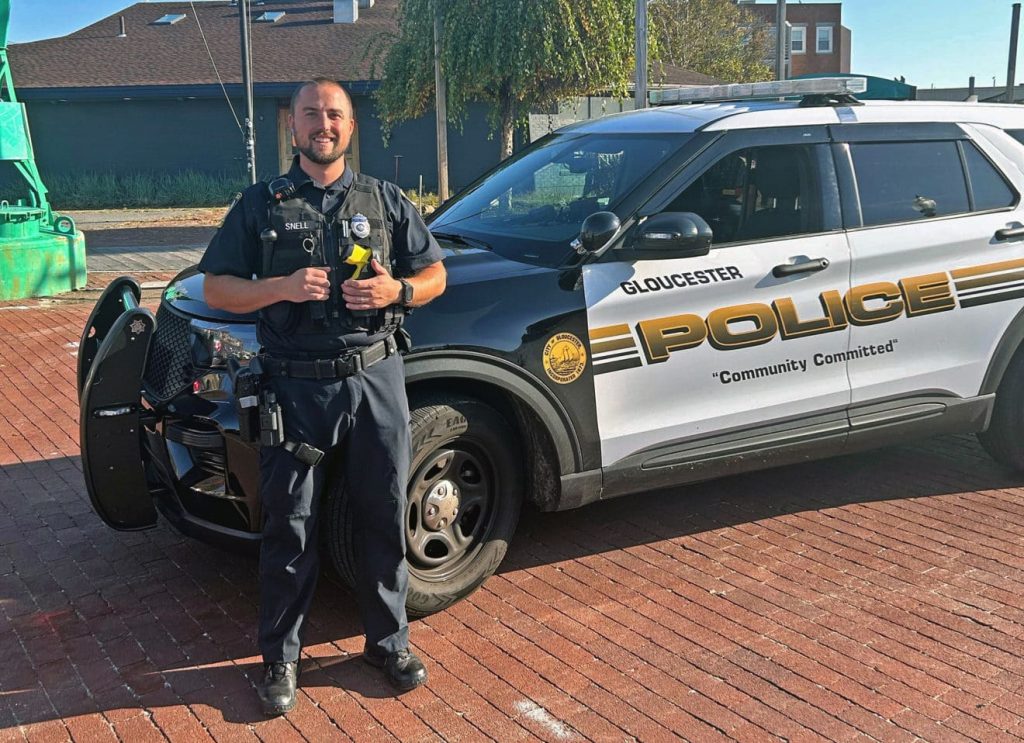 Aaron is a lifelong resident of Gloucester. He is a graduate of Gloucester High School and has an associate’s degree from North Shore Community College. He is a Navy veteran. While in the Navy he was assigned to the USS Abraham Lincoln aircraft carrier in Norfolk, Virginia, and was also briefly assigned to the aircraft carrier USS George Washington for one deployment, starting in San Diego and going around South America stopping in Peru, Chile, and Brazil and ending back in Norfolk, Virginia. Prior to joining the Gloucester Police Department, he worked as a commercial lobsterman and fisherman. 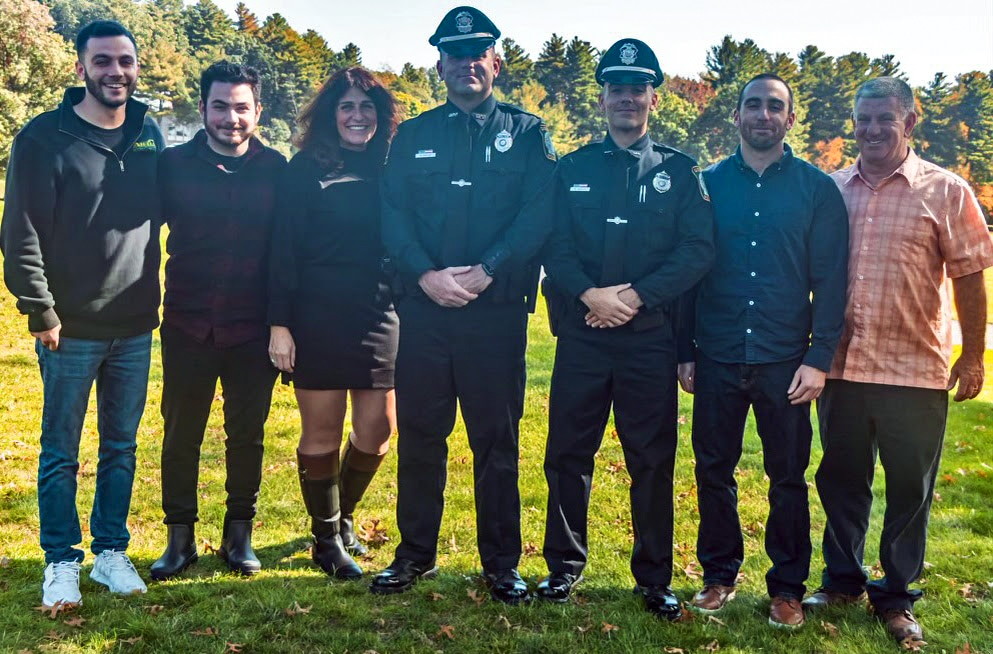 Noah was born and raised in Gloucester. He is a graduate of Gloucester High School. While in high school, Noah played on the baseball team. Upon graduating high school, Noah attended North Shore Community College and coached a local little league baseball team. Noah also coached a Legends baseball traveling team. After North Shore Community College, Noah worked for his older brother at Aiello Landscaping and Excavating until 2019, when he was appointed a reserve police officer in the Gloucester Police Department and attended the MLETA reserve police academy.

Noah and Aaron are brothers and join their other brother, Alex Aiello, as patrol officers. Their father, Steve Aiello, is a retired Deputy Chief of the Gloucester Fire Department and their mother, Ann Aiello, is a part-time matron for the Department.

“I am excited to welcome four Gloucester natives, who already know our community well, to the department,” said Chief Conley. “These officers are well-trained and well-prepared for the career that is now ahead of them, and they will begin their field training immediately.”