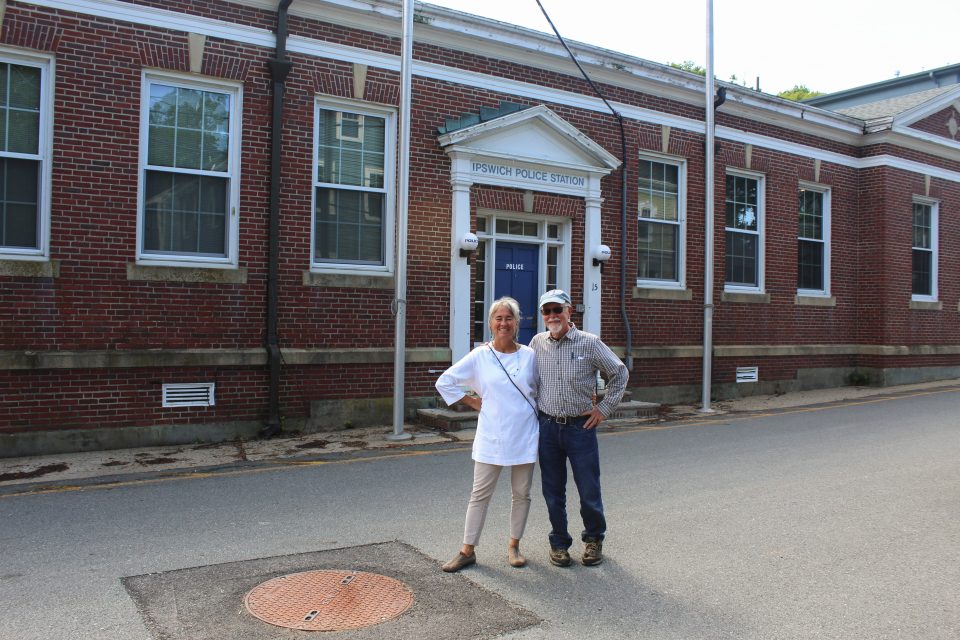 IPSWICH — Having decided to build a combined public safety building, this town, which values its history more than most and preserved more First and Second Period homes than any other, has the opportunity to re-purpose its old police station and create a centrally located cultural campus that connects its two Ipswich Riverwalks.

Two of the town’s more creative leaders – town historian Gordon Harris and Kerrie Bates, the director of the town’s unique Department of ReCreation and Culture — are working on a vision to establish what Bates called “a walkable, cultural campus.”

They envision residents and visitors walking from the downtown riverwalk to tour the Heard House, the replica of the Alexander Knight house and the Whipple House, attend art shows at the Hall-Haskell House/Visitors’ Center and events on the Middle Green, a park donated to the people by 19th Century China trader Augustin Heard, before they continue their stroll to the other riverwalk.

Standing in the way of this cultural oasis is the police headquarters, which presents both an opportunity and a challenge.

The town has appointed a Public Safety Property Re-use Working Group, chaired by Harris, to develop potential uses for both the police station at 15 Elm St. and the fire station at 55 Central St., adjacent to the Winthrop School. A report on the possible uses of the buildings will be presented to the Select Board prior to the 2023 Annual Town Meeting.

Town Meeting last spring authorized the purchase of 5 acres at Our Lady of Hope from the Boston Archdiocese to build a combined Public Safety Building off Linebrook Road at Pineswamp Road. It is expected to be the home of a new police and fire station, probably in 2024.

The committee is soliciting proposals for the current police and fire stations from organizations that have funds to implement their ideas. Although there are no formal proposals yet, among the ideas floating for these buildings are a teen center, general residences, elderly housing, a new senior center, parking, community gardens and a theater/performance venue.

A few residents have suggested that the police and fire station be leased or sold to reduce the tax burden on property owners.

A survey by the committee, in which 359 residents responded over 30 days this summer, showed much more interest in preserving the fire station than the police station. The fire station adjacent to the Winthrop School on the main artery entering the town might be re-purposed for a school use, a majority said.

Because of its location between the riverwalks, Harris and Bates are more focused on the potential for the 102-year-old police station as part of the cultural campus.

A challenge is that many residents think the police station is “ugly,” according to Harris. At least one resident suggested to him that the best use of the station would be to bulldoze it.

“I don’t want to have that building torn down,” Harris said.

Harris conceded that the neo-classical architectural style building is less than attractive surrounded by asphalt driveways, streets and parking lots. But he believes that with landscaping around the building and removing some of the asphalt, the old brick building could be attractive.

To prove it, he took pen to paper and sketched the building with less asphalt around it and more greenery. “It looks really attractive,” Harris said.

Bates believes the police station should become a multi-purpose venue for teens and seniors. She believes it could be a performing arts venue where young actors, artists, musicians and dancers might develop their skills.

The Council on Aging might also move some of the senior activities, currently in the basement of Town Hall, to the building. The seniors are looking for a space where basketballs are not dribbled on the gym floor over their heads.

Three garage bays in the back of the station might store equipment and props for Bates’ ReCreation and Cultural events, including next week’s Ipswich Illumination.