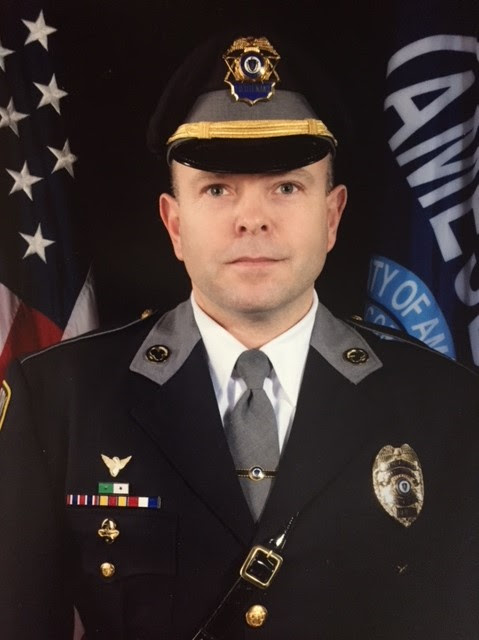 AMESBURY – This city has a new chief of police and will soon have a new fire chief.

Craig J. Bailey, a veteran of the force, has been appointed the 23rd Chief of the Amesbury Police Department, replaced Chief William Scholtz, who retired due to health issues from the department in April after 40 years of service.

The fire department is also undergoing a change in leadership after the city decided not to renew the contract for Fire Chief Ken Berkenbush. He had been on the job for seven years.

Deputy Fire Chief Jim Nolan is heading the department while a search for a new chief is conducted. Former Amesbury Fire Chief Bill Shute is the Chief Administrative Officer.

Mayor Kassandra Gove said in the press release she is confident Bailey will continue to lead the Police Department to the next level.

“I look forward to working with him and his team to meet and exceed the expectations of law enforcement today,” she said.

Bailey, an Amesbury native, said he is “excited, proud and honored” to be promoted to chief. A graduate of the FBI National Academy and Western New England University, Bailey recently retired from the U.S. Coast Guard Reserve as a lieutenant commander.

He has been with his hometown police department since 1997, serving as a sergeant, lieutenant, executive officer, deputy chief and most recently as the acting police chief after Scholtz stepped down. He was president of the Amesbury Police Officers Assn. from 2002-2010.

“Regardless of these challenges and changes, I am incredibly confident that your police department is ready to move forward as a community-based organization which will undoubtedly better serve the city of Amesbury,” he said.

Of the former fire chief, the mayor said, “After a period of open dialogue regarding financial stewardship and contractual options for fiscal 2023, and in the best interest of the city and our taxpayers, Chief Berkenbush and the city will be parting ways.”

Berkenbush served about seven years as the city’s fire chief. Previously he served in the Exeter, NH, fire department as assistant chief.