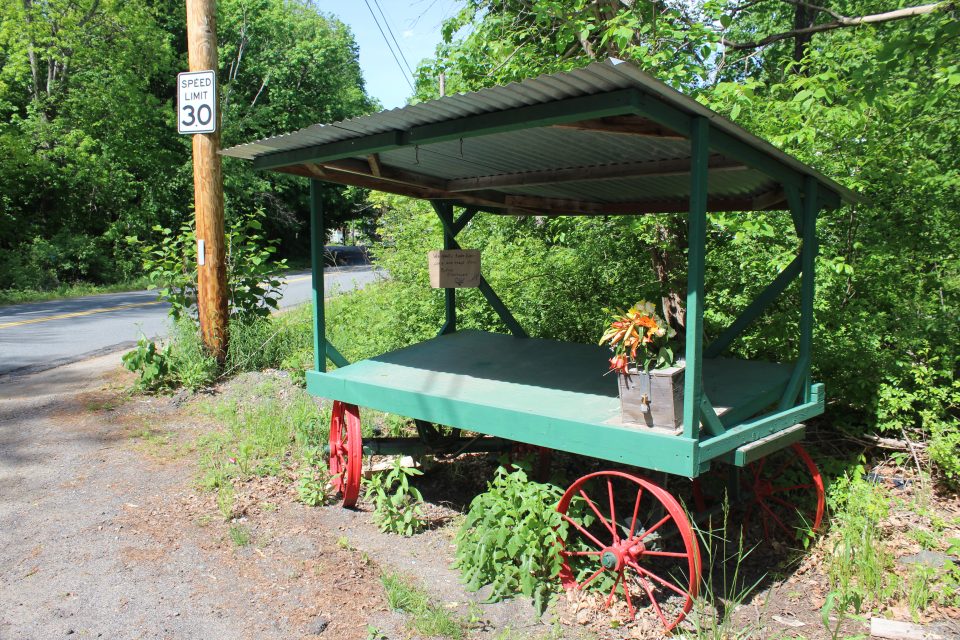 Stewart Lytle / The Town Common. The farm stand shortly after the incident

NEWBURY – When Janet Bach of Marblehead reversed rapidly last May in the small parking lot and crashed her car into the cashier station for the Byfield Greenhouses and Garden Center, she killed not only Susan Sforza Nico of Seabrook, NH, and injured two others, but also ended the 40-year tenure of the popular nursery.

The Sforza family announced that the center, which their farther started four decades ago, would be closed as a result of her death.

“Without Susan, there is no Byfield Greenhouses,” said Tammy Sforza, Susan’s sister. “We can’t go on without her being here. This is it. All that’s left now is these empty greenhouses and our tears.”

Janet Bach, a 70-year-old Marblehead woman, is charged with motor vehicle homicide by negligent operation in the May 21 crash that killed the 47-year-old Nico of Seabrook, New Hampshire.

The crash also injured a 57-year-old man and an 8-year-old girl.

Bach pleaded not guilty during her arraignment in Newburyport District Court last week. She was released on bail and ordered not to drive while her case is pending.

Motor vehicle homicide by negligent operation is punishable by probation up to two and a half years in prison, a fine of no less than $300 and no more than $3,000. A guilty finding results in a 15-year loss of license.

“Someone needs to be held accountable for our loss,” said Laura Sforza, another sister. “It wasn’t an accident. It was deemed a preventable tragedy, and that’s the justice that we are looking for.”

Tammy Sforza said, “No matter what the trial, the charges or anything, it doesn’t bring Susan back to us. If anything by going to trial, by her pleading not guilty and forcing us to go to trial, it makes the wound even bigger. It hurts.”

The youngest of seven siblings, Nico worked alongside her father in the greenhouses seven days a week for the last 15 years. Nico married and become mother to two stepchildren in September.

“He made her so happy. She got to be a mother. She had her own home. She had everything going for her, and in the blink of an eye, it’s over,” said Tammy Sforza.

Her sisters said her family and animals were two of her passions.

“There would be days she was working here at the greenhouse, and she’d see a dog go running by, and she’d stop what she is doing and go check to make sure he had a collar and that he was safe,” Tammy Sforza said.

Reminders of her can be seen throughout the farm, including her work clothes hanging on the wall and her handwriting on plant markers.

“Always will be,” said Tammy Sforza.

The Sforza family asked their community to consider donating to the New Hampshire SPCA in her memory.