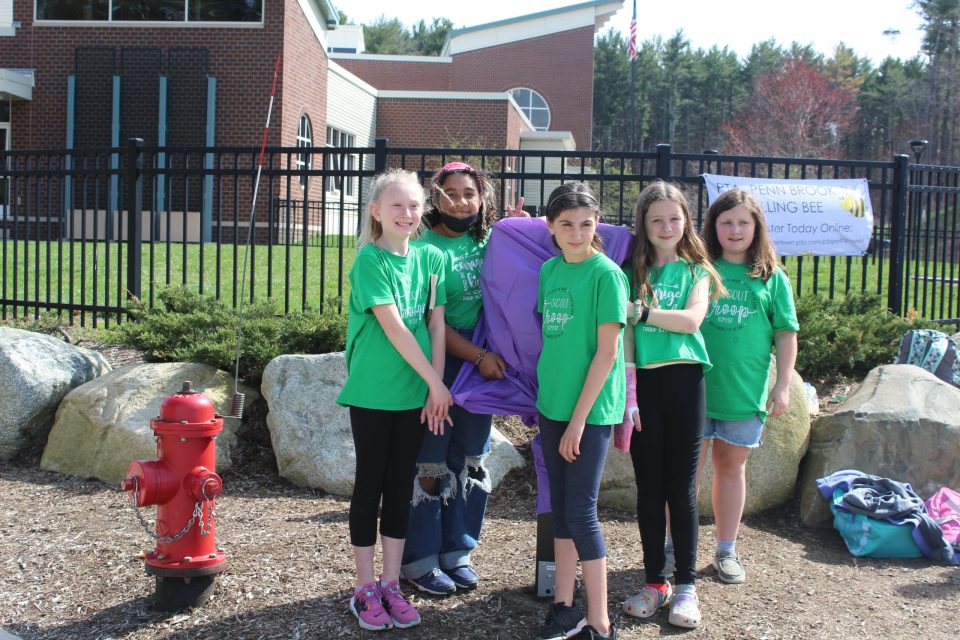 GEORGETOWN – Whether you prefer stories about Judy Moody, Ramona Quinby or Mia, there’s a book waiting for you in front of the Penn Brook School, thanks to months of hard work by a group of five young Girl Scouts.

The scouts in Troop 82937 led by Lori Kloc have been working since last fall to raise money by selling cupcakes and flowers. The fourth graders used the funds to buy a Free Library kit, assemble it under the supervision of one of the fathers and paint the two-shelve Free Library.

It is a project to earn the scouts their coveted Bronze Medal, the highest-level award that can be earned by a junior Girl Scout.

Asked why they choose to build the Free Library, the scouts said they wanted to make their community a better place and leave behind something to benefit other students when they graduate.

With the help of Principal Margaret Maher and the school’s maintenance crews, who cemented the base in the ground, the scouts unveiled the red Free Library last week at the school and brought dozens of books for other students to borrow.

“Everybody deserves to read,” Lia Greenbaum said. “Reading is important.”

Julia Ann Njorge said students can take a book and leave a book from the Free Library. “It is a nice service for the community.”

Ariana Vaitis, who has a great passion for reading, said the scouts wanted to encourage other students to read.

Abigail Kloc said she liked the fundraising projects, including selling cupcakes at the Middle School play.

As they stacked the first books in the Free Library, the girls said they like to read historical fiction, fantasy, non-fiction and graphic novels. Amelia de Veer, said she especially loves to read horror stories.

To earn the bronze award, the project must benefit the community. The scouts must work as a team, devoting a minimum of 20 hours outside the usual scout requirements. They planned the project, raised funds and built the library with only a small amount of adult involvement.

Elizabeth de Veer, mother of Amelia and a novelist herself, wrote of the project: “It’s a chance for the girls to really stretch their wings, collaborate, dream big and create something that helps the community in a tangible way.”