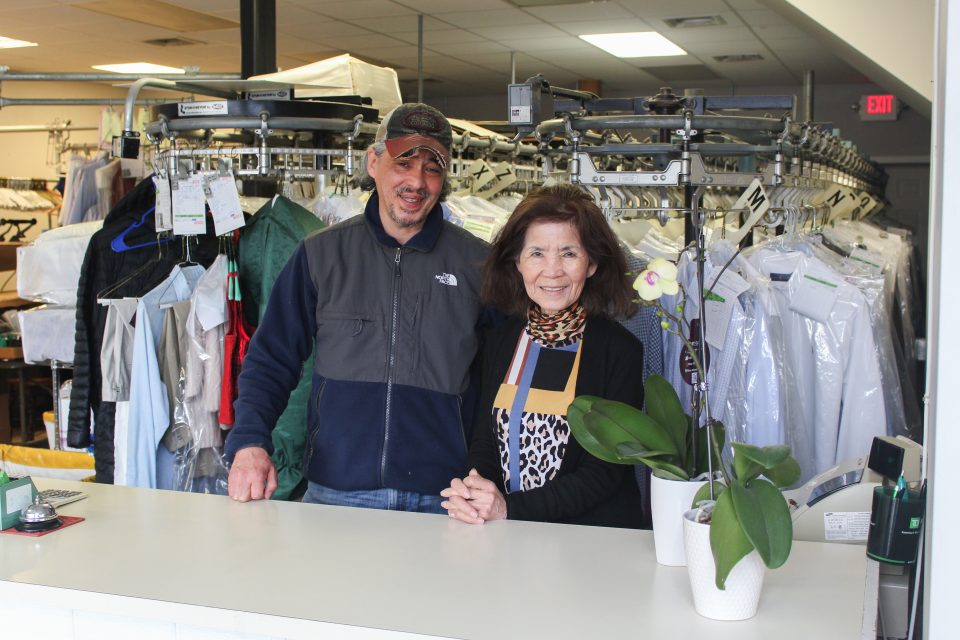 TOPSFIELD – After 30 years in the same Topsfield shop, Won McGrath is hanging her last dry-cleaned dress and hemming the last pair of pants.

Soon, the woman, who has been in her shop 11 hours a day, six days a week, plans to travel and see friends. “I’m going to party,” she said.

She and her son John McGrath will close the shop on April 14. Any items not picked up will be across Main Street at the VIP Cleaners.

“I didn’t expect to do it that long,” Won said.

When asked her fondest memory of owning the cleaners, McGrath said it was the first day she opened the shop. Lots of customers arrived. “A lot of those customers who came the first day have stayed with her for 30 years,” said her son, John, who has helped her in the shop for the last 17 years. He plans to return to the technology business he was trained for before he began helping his mother.

Asked what she will miss most, Won said it was the people. “This is a warm town,” she said. “There are very nice people here.”

She has enjoyed serving the people and watching the children of customers grow up to become parents themselves.

Won McGrath worked for years as a supervisor for the Digital Equipment Corp. until the technology giant laid off 140,000 employees and sold its assets to other computer companies, including Compaq and Hewlett Packard.

McGrath helped her brother, who owned a cleaners in Methuen, by collecting clothes that needed cleaning at her house.

Her brother helped her find the shop at 51 Main Street in the center of what was then little more than a village. He told her it was a good location because it was on a main highway, state Highway 97.

So, she used her severance money from Digital to open the shop and proved her brother right.

“Topsfield was a very small town, maybe 5,000 people,” she said. The town has grown up around the shop. “It’s totally different now.”

During her 30 years she has had only two landlords, starting with Bob Woods, whom she remembers fondly.

Customers came from neighboring towns, mainly Boxford, to get their clothes cleaned and repaired.

She had a good fashion sense and taught herself to do alterations, which became the mainstay of the business, her son said.