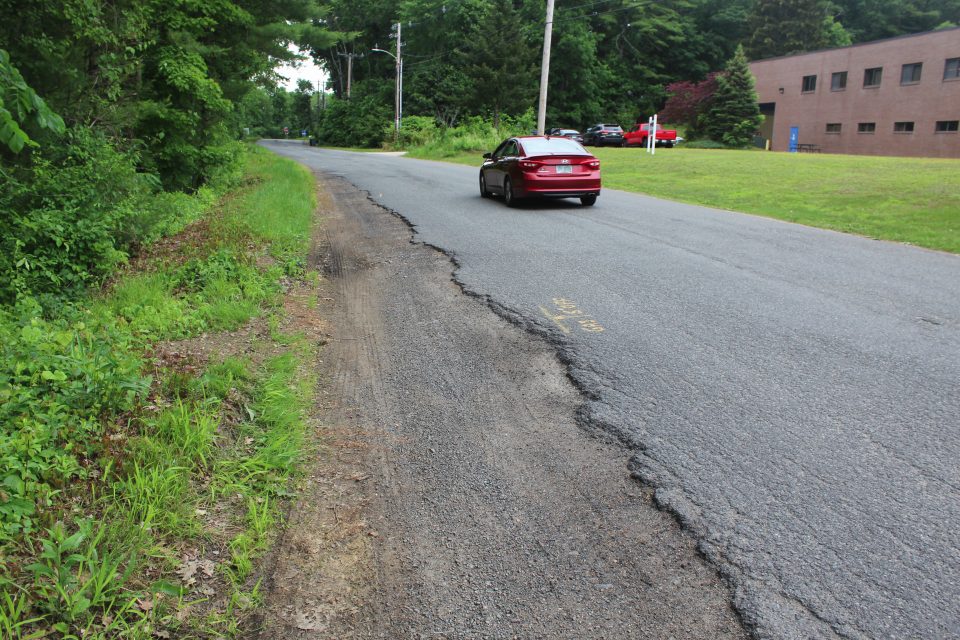 GEORGETOWN – The Board of Health postponed its second hearing Thursday to determine the site suitability of G. Mello Disposal Corp.’s proposed 500-ton, per day transfer station was delayed a week when one member was absent due to illness.

The hearing, which began Tuesday with attorney John Shea presiding, will resume this week.

Shea said the Board of Health has until May 20 to issue its decision on whether the proposed transfer station would present a danger to the community.

The town’s Planning Board and Conservation Commission have already refused to grant Mello approval of the plan for the 14.5-acre site at 20 Carleton Dr.

Those rulings have been appealed to state courts, including the Land Court, which granted late last month the Planning Board’s motion to dismiss Mello’s appeal of its decision because it was premature.

The court found that Mello has not yet exhausted the remedies available to it at the town level, specifically applying to Building Inspector Angelo Salamone for a permit to construct the facility.

Mello has not applied to the building inspector for a permit on the proposed transfer station, said John Cashell, the town planning director.

“This case is one of not less than six existing lawsuits arising out of the attempt by the Plaintiff, G. Mello Disposal Corp. to obtain approval to develop a transfer station on the property located at 20 Carleton Drive in Georgetown,” wrote Judge Kevin Smith.

The Planning Board argued that Mello must apply to the Building Inspector first. If Salamone denies its application, then Mello could appeal his decision to the Zoning Board of Appeals.

The ZBA has already granted Mello a special permit, but has since voted that the project should have to be considered under the more rigorous requirements of a Major Development Review.

If the ZBA decided not to overrule the building inspector’s denial, then Mello could then appeal to the Land Court, the court said.

Mello’s attorneys responded, “the court should allow immediate judicial review of the (Planning Board’s) decision without the requirement that G. Mello go through the futile and expensive charade of applying for a building permit that the building inspector must deny because of the Planning Board’s denial of site plan approval – the very decision for which G. Mello seeks judicial review.”

The judge agreed that “G. Mello’s argument makes eminent practical sense, but it is not supported by Massachusetts law.”

The court also ruled that Mello could amend its appeal, which kept the case in the land court.

Mello plans to amend its appeal to add a claim against the town of Georgetown because state law prohibits a municipality from rejecting the siting of a solid waste facility.

The legal question of whether the town violated state law in refusing to grant Mello a permit to build the transfer station is still before the court, Judge Smith wrote. “There is no good reason why it should not be decided in this case.”

At the first Board of Health hearing on Tuesday, held in the auditorium at the middle school and high school, hearing officer Shea noted that the state Department of Environmental Protection (DEP) has ruled that the 20 Carleton Drive site is suitable.

“I find that persuasive,” Shea said.

The first night of hearings, which attracted dozens of residents, allowed Jason Mello, general manager of Mello, to describe why he wanted to build the 500-ton, per day facility.

Jason Mello said his company must move to a new facility because DEP has ordered the current transfer station at 203 East Main St. in Georgetown to be enclosed or shut down. Mello said it was not financially feasible to enclose the old station.

Instead, the proposed 500-ton facility would be cleaner, more efficient and safer than the old station, he said.

Mello listed donations and services it has made for the town and to non-profit organizations in Georgetown.

“A lot has changed in the town, but what has not changed is my family’s support of the town. That will continue,” Mello told the health board.

The attorney for the health board, residents and leaders of organizations opposed to the facility were allowed to ask questions of Mello and his consultants.

Among the questions asked was how it helps the town to file lawsuits that require Georgetown to hire expensive attorneys. Mello did not respond.

Theodora Capaldo, a neighbor of the proposed facility, complained that the trucks going to the current facility already contribute significant amounts of litter. Mello promised to implement a policy that all trucks must be covered. If caught uncovered three times, they will be banned from the transfer station.

Capaldo also asked Mello why he wanted to build such a large facility. Trash at the current transfer station from Georgetown residents and businesses makes up about 38 tons per day, according to experts.

“We don’t need this,” Capaldo said.