Justin Haley From Fenway Park to the North Shore as a Pitcher, Realtor, Firefighter 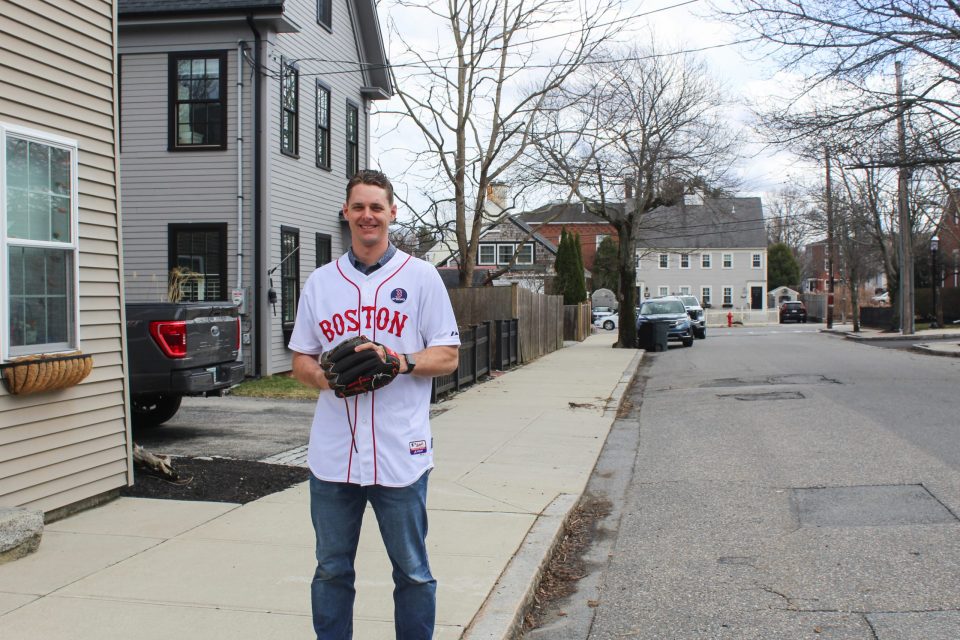 The first time Justin Haley, number 68, was called up to pitch at Fenway Park for the Boston Red Sox, it almost didn’t happen.

The 6-foot, 5-inch Californian in May of 2018 was pitching for the PawSox, the Triple A professional baseball team in Pawtucket, RI, when he got THE call, bringing him to Fenway. It was not his first game to pitch in the Major Leagues. That happened the year before in Minneapolis when he took the mound in 10 games for the Minnesota Twins.

He arrived in Boston at 7 p.m. when the game was already in the third inning. He suited up and was in the bullpen by the fifth inning.

In the ninth inning, the phone rang, calling him to the mound. He pitched the final inning to help win the game in a year when the Red Sox won the World Series.

“That was a great day,” said Haley, now 30, married and the father of two.

Next Thursday, the delayed opening day for major league baseball, will be the third year Haley has not suited up and felt the tingle of excitement on opening day. “It will be very exciting,” Haley said. “It’s amazing they will play a full season” after being locked out for months due to a dispute between the owners and players.

As the years pass, he said, “It is definitely getting easier, but I’ll always feel it.”

Now he gets excited, helping people buy and sell houses with Fruh Realty in the heated, North Shore housing market.

He is also a trained firefighter for West Newbury and Newburyport.

“It’s the same as baseball,” he said of his real estate career. “How hard you work determines how successful you will be. You’re not going to sell the most houses if you don’t work harder than everyone else.”

It appealed to the man who has competed in sports since his father, a first baseman in the minor leagues, began teaching him the game at five years old.

Real estate sales, he said, appeals because it is competitive, and “It is not an office job. I can make my own schedule.”

Before his last year in baseball, when he played in South Korea, he passed his Realtor exam and got his license. A friend worked for Coldwell Banker, so he initially joined that firm. But soon he met and liked Kevin Fruh, owner of Fruh Realty on Green Street in Newburyport.

“He is a straight shooter,” Haley said. “He’s a really good guy.”

Fruh reminded him of coaches he had in college at Fresno State University and in the professional leagues. “I always worked hard to impress them,” he said. “If they told me I was bad at something, I worked even harder.”

Haley is well traveled. Before he was drafted in the sixth round in 2012 by the Red Sox, he pitched for two years at Fresno State on a full scholarship. With the Sox organization, he played for the Lowell Spinners the first year; the Greenville, S.C. Drive his second year; the Salem, VA, Red Sox, the third year, followed by stints in Portland ME and Pawtucket, where he had “a good year” in 2016.

When the league held the Rule 5 secondary draft the next year, he and his wife, Casey, were in California, visiting his parents. His agent called at 6:15 a.m., telling him he had been drafted by the Los Angeles Angels. To him, that was cool. He would be playing for his hometown team.

Thirty minutes later, his agent called again to say the San Diego Padres had bought his rights from the Angels. “That was even better,” Haley said.

But that was not the end of the day’s trading. The owner of the Minnesota Twins called an hour later to tell him he would pitch for the Twins.

“In an hour I was with the Red Sox, the Angels, the Padres and finally the Twins, he said. “What a fun day.”

He developed a shoulder injury halfway through the year with the Twins. He rehabilitated it, but tried to come back too soon. The Twins released him at the end of July, which sent him back to his original team, the Red Sox.

He pitched in four games in 2018, the year the Sox won the World Series. He proudly shows off his ring.

Released the next year, he played in Korea for a year, where he developed a small injury, and was traded to his last team, the San Francisco Giants.

When he launched his real estate career, Haley had no connections on the North Shore to help him get started. The California boy had not gone to school in New England. He did marry Casey, who grew up in Dracut. They met when he played for the Spinners and she was an intern photographer for the team.

Despite those drawbacks, he has settled comfortably into the North Shore and is doing well in real estate.

But something was missing. He had always wanted to be in health care or a fire department.

So, on Feb. 28, two years after he retired from baseball and started his real estate career, he graduated from the Massachusetts Firefighting Academy. His brother, Cody, was also a firefighter, fighting wildfires in California. He joined the West Newbury Fire Department as a call firefighter. Then he was asked to provide the same service in Newburyport.

In his spare time, Justin returns to his roots, those afternoons he learned baseball from the giant man, who was his father. Two afternoons a week, he teaches pitching and batting to area youngsters.

Asked if he would be ready if the Red Sox needed him to pitch again this year, Haley laughed and said, “They aren’t calling.”