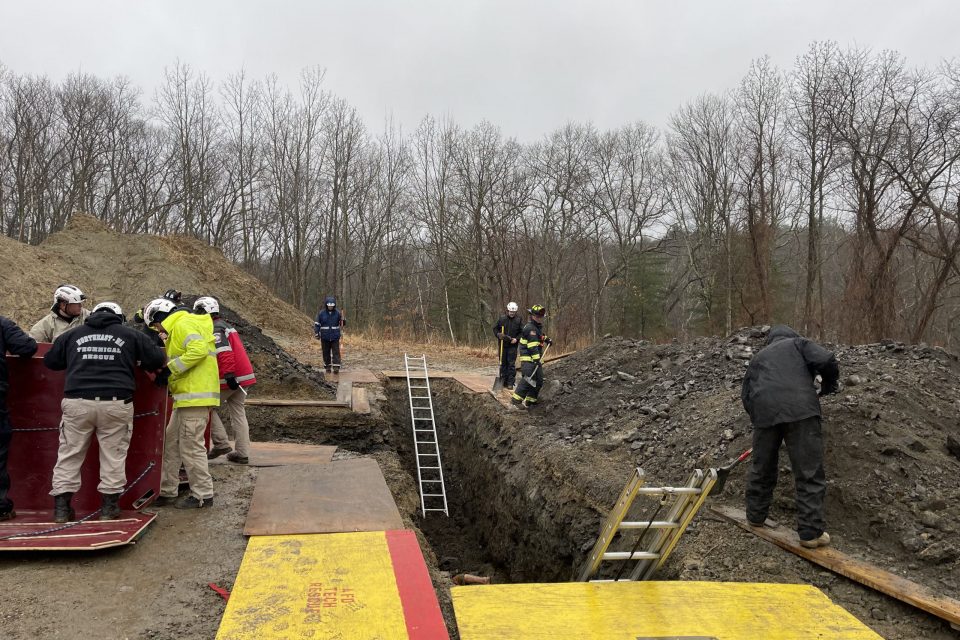 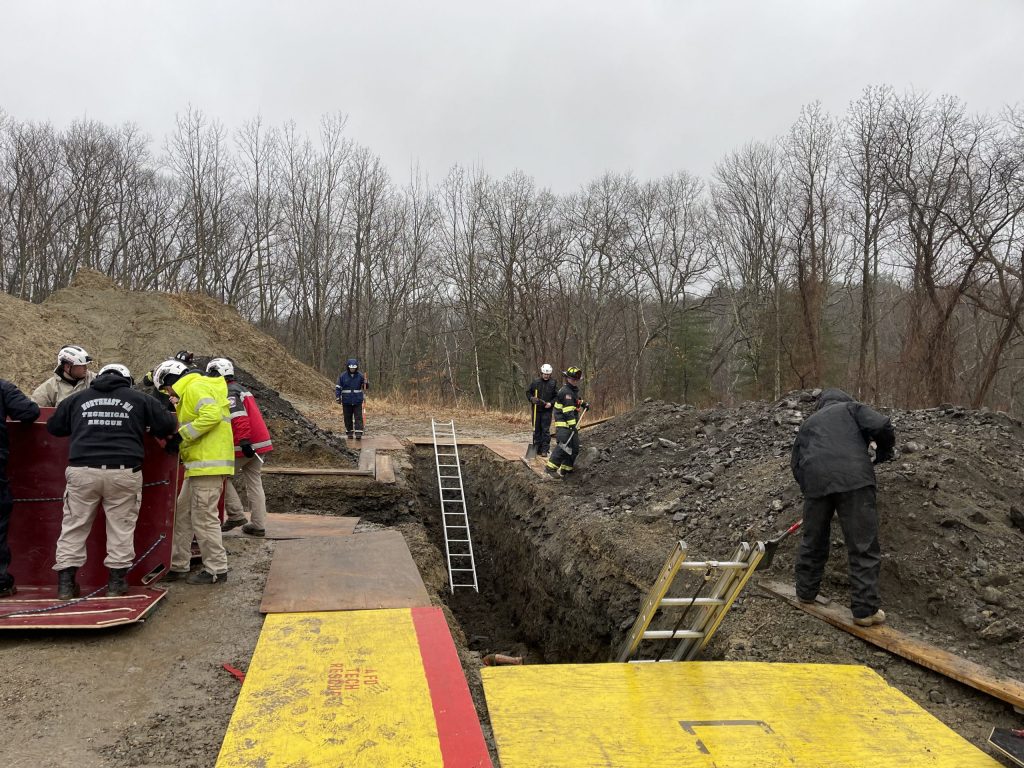 IPSWICH – The Ipswich Fire Department trained with the Northeast Massachusetts Technical Rescue Team (NEMTRT) on Thursday, March 24 at a simulated trench collapse. The training was held at Miles River Sand & Gravel who has hosted training many times in the past. The simulated scenario was an 8’ deep “T-trench” which collapsed on a construction worker. Ipswich FD responded first and evaluated the incident, performed initial tactics, then requested appropriate support agencies including the Technical Rescue Team. The Team integrated into the incident command structure and formulated an action plan that included shoring the trench with wood panels and pneumatic struts to allow rescuers safe passage to 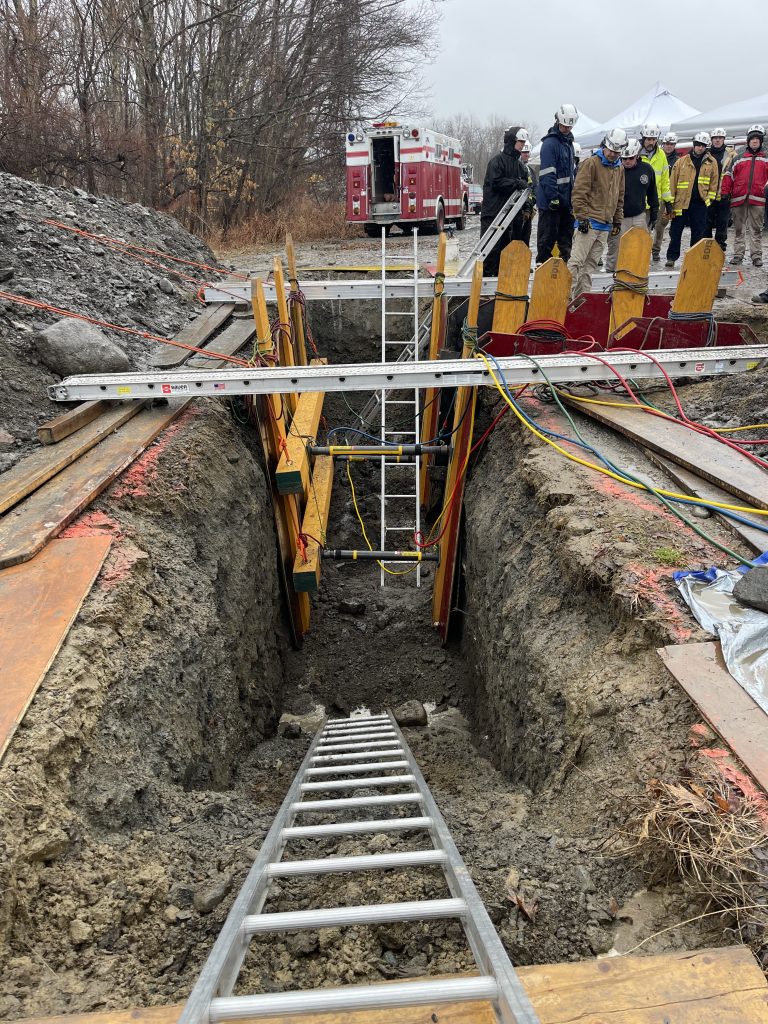 stabilize and remove the patient. “It was impressive to see the capabilities of the Tech Rescue Team, and to see the team in action,” said Pauidl J. Parisi, Ipswich Fire Chief. “The members’ dedication to the team is remarkable. I am so proud we have several members of the IFD on the team. They are a great asset to our region. My personal thanks also goes to Miles River Sand and Gravel for allowing us to train at their facility. They are a wonderful example of a public-private partnership. Without them, this training would not have been as realistic”.