Cheryl Wheeler in Concert on the Belleville Stage 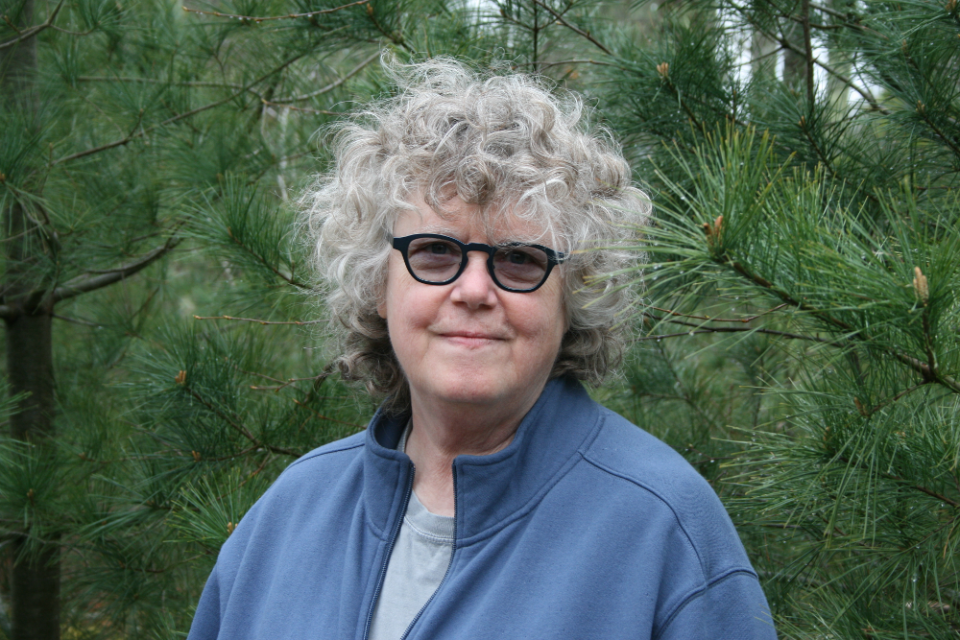 If your idea of a folk singer/songwriter concert is a bunch of people clapping politely after songs, and then sitting quietly while the performer says things like “This next song is about …”, well, you’ve never seen a Cheryl Wheeler concert before. Cheryl has to be seen to be appreciated. Nothing you read and nothing you hear from her albums prepares you for how entertaining a performer she is.

Cheryl’s concerts are more like what you would find at a comedy club than expect to find at a folk music concert. She will tell a story that has you rolling in the aisles, and then sing a song that leaves you wiping tears from your eyes. She will talk about some serious current event, and then sing a song that will have you howling with laughter. Her entire concert is an emotional roller coaster.

Cheryl is a brilliant performer with a beautiful voice, a natural storyteller with a fantastic sense of humor and a gifted songwriter highly respected by her peers. Her songs have been covered by artists as diverse as Dan Seals, Peter Paul and Mary, Kenny Loggins, Garth Brooks, Suzy Boggus, Melanie, Bette Midler, Maura O’Connell, Sylvia, Kathy Mattea, and Holly Near. If they think she is great, then you owe it to yourself to come see her!

Belleville Congregational Church has long standing roots in the Newburyport community as a gathering place and as a supporter of local service organizations. The Roots Music Series, founded December 2010, has three important missions. First, the series will bring a variety of high quality Roots Music to the Newburyport area for all to enjoy: a cappella to zydeco and could include many things in between such as blues, bluegrass, Cajun, Celtic, country folk, gospel, Irish, jazz and world music. The second mission of the Roots Music Series is to raise funds to restore and maintain the historic 1867 Belleville Meetinghouse and adjacent Fiske Chapel complex at 300 High Street in Newburyport. The third mission, an important goal, is the building of community through music. It is hoped that the Meetinghouse and the adjacent complex will continue to serve as a gathering place for years to come.