Dining in the Street, Parks May Be Coming Back – Forever 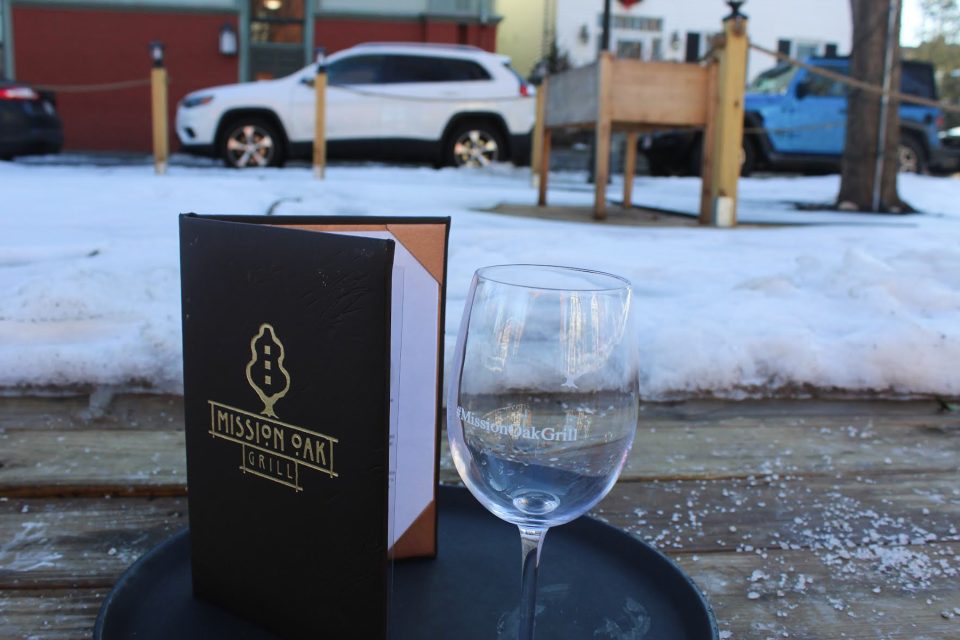 NEWBURYPORT – “That we are talking about outdoor patios in February is awesome,” Nancy Caswell told an ad hoc committee of the City Council last week.

With the city under a blanket of snow, the committee was debating whether to make the two-year experiment with private dining on public streets a permanent thing.

To the owner of Brine, the popular State Street restaurant, the city’s experiment, spawned by the Pandemic, was a major success.

Beau Sturm, owner of The Paddle Inn on State Street, agreed, calling the added space “absolutely lifesaving.” Sturm said many restaurants in the city would have closed had the city not built the added outdoor dining space for customers to dine with less fear of contracting the virus.

“The way the city did it was fantastic,” said Ash Calcagni, who owns Anchor Stone Deck Pizza on State Street. “It set Newburyport apart from other downtowns like Portsmouth.”

John Santaniello, owner of the Vera Ristorante on Market Square, said every restaurant has a different situation. “We were happy with our setup.”

Using a $280,000 Shared Streets grant from the state Department of Transportation, the city provided wood patios, called parklets, on a temporary basis in the streets. The parklets took up one or two parking spaces, mostly in front of the restaurants that asked for them.

A parklet is defined as a sidewalk extension that provides extra space and amenities for people. As far back as 2005, San Francisco, CA, created the first parklets, which were designed to offer a place to sit and rest while taking in the activities of the street. Parklets can now be found in cities from Long Beach, CA to Montreal, Quebec.

A parklet is usually designed for quick and easy removal for emergencies or snow removal without damaging the curb or street.

This winter, Councilors Jim McCauley, who chairs the public safety committee, and Byron Lane, the head of the licensing and permits committee, have proposed that the city make the parklets permanent. If approved, restaurants can apply for permission to have the wooden patios erected by the Department of Public Services for their use on city-owned streets, sidewalks and parks.

“It equates to having a franchise on city property,” said a skeptical councilor Sharif Zeid, who chairs the budget committee.

Jones said the city worried initially that an out-of-control car or truck barreling up State Street or along Pleasant Street could wipe out a dozen or more diners. During the first summer of the Pandemic, the city installed Jersey concrete barriers as protection for those using the parklets.

But the Jersey barriers were so unsightly they were soon replaced with roping and large planters with flowers to separate the diners from the cars and pedestrians.

The other concern that still worries Zeid is that the street dining may cause conflicts among neighboring stores and restaurants. “There will be winners and losers,” he said.

Like the possibility of a careening car that never materialized, the conflicts among businesses did not appear at the hearing last week. No shop owners spoke against the parklets, and Nate Allard, president of the Greater Newburyport Chamber of Commerce & Industry said, “I hear nothing but positivity.”

With each parklet looking similar, the downtown had a coherent look, which Caswell described as “lovely.” She said the ropes hanging off wooden posts topped with wrought iron lanterns “certainly spoke to the (city’s) nautical theme.”

Allard agreed, “It’s a great look for the downtown, and I think that increases consumerism on State Street and Pleasant Street.”

The president of the chamber said the shops benefit from having the parklets nearby. “If I’m sitting at The Paddle Inn, I am actively window shopping as well,” Allard said. “So, there’s a relationship that I don’t think a lot of people realize goes on between retailers and restaurateurs in our area.”

The ad hoc committee of Heather Shand, Zeid and McCauley will meet again at 6 p.m. Feb. 23 to iron out more details. It is likely to go to the full city council for final approval.

As envisioned now, restaurants that want to utilize the parklets this summer must apply to the clerk’s office, which will check out the applications and refer the application probably to the council’s ad hoc committee for approval. The committee will consult with the licensing commission and the public safety departments for part of the review.

Restaurants, like Mission Oak on Green Street, that are set up for dining on city park land, must be approved by the Parks Department.

The city’s review and approval are expected to take about three weeks.

No fee has been set, but Shand suggested charging $3,500 for the year. The council may also consider charging a fee based on the size of the parklet.

“The city is not trying to make a profit on this,” Shand said.

Zeid noted that the parking spaces being used by the parklets do not generate any revenue like the city parking lots. “But they are still valuable,” he said.

Caswell reminded the councilors that the city already receives .075 percent of the 6.25 percent tax on restaurant meals. The better restaurants do, the more revenue flows into city coffers, she said.