Freezin’ For A Reason 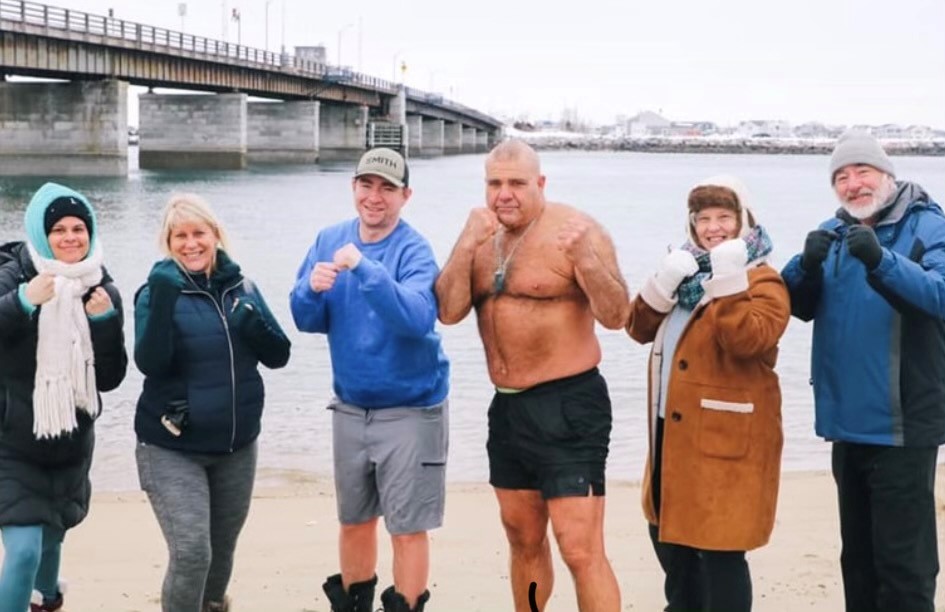 AMESBURY – In between working in his Merrimac workshop and Amesbury showroom, business owner Connor Mulholland is crossing his fingers tight for a mild February.

“I’m hoping the temperatures will feel more like December and less like January,” Mulholland laughed, nervously. “It’ll make the plunges a little easier.”

The plunges that Mulholland, 27, is referring to is the ocean immersion he’ll make each day in February.

“I did it last year as a way to raise money for Chucky’s Fight, a non-profit focused on promoting and funding recovery and education around substance abuse and prevention.”

Chucky’s Fight is a 501c(3) organization based in southern New Hampshire that was created by Charles “Chucky” Rosa and his wife, Mary, after the pair lost two sons to addiction.

“I saw the impact that Chucky’s approach had with getting people back on track – and keeping them away from substance abuse entirely – and it was a program I knew I wanted to help. I just didn’t know how,” explained Mulholland. “I saw that someone was raising money by jumping into Lake Winnipesaukee.”

Mulholland, whose passion for surfing keeps him in the ocean even in the winter, decided to set aside his wetsuit and planned his own fundraiser by jumping into the Atlantic.

“In 2021, I set a goal of $6,000,” said Mulholland. “And each day in February last year, I would do a full ocean immersion. Sometimes it was before work, other times after. A few times it was even during lunch!”

While the water may have been chilly, Mulholland said the response warmed him right up.

“Those funds helped Chucky’s Fight support over 50 people struggling with addiction, providing the help they desperately needed. My goal this year is that we can hit at least $8,600.00, bringing our total haul over the last two years to $20,000.00.”

To support Mulholland in his campaign, supporters are invited to donate by visiting Chucky’s Fight’s website at www.Chuckysfight.com.