Belleville Roots Concerts Are Back 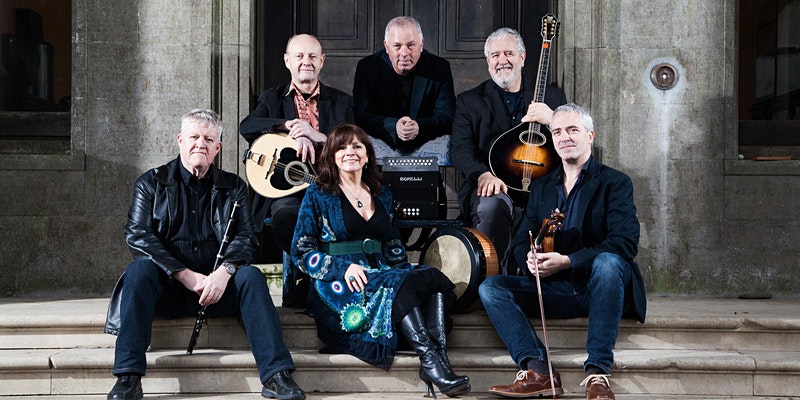 NEWBURYPORT – It has been two years since the popular Irish band, Dervish, brought its brand of Irish pub music to the Belleville Congregational Church on High Street for local music lovers to clap, stomp and sing along.

That Pandemic-created void is about to end when Dervish, the first of three spring concerts in the Belleville Roots Concert Series, will perform at 4 p.m. Sunday, March 6.

“We are excited. We are hopeful,” said Ken Irwin, a founder of the Roots Concert.

Abiding by the city’s Board of Health regulations, the audience for the concert will be required to be fully vaccinated and wear a mask. Irwin said the venue has held as many as 550 people. “I don’t expect we will have that many,” he said, allowing the audience, if needed, to be well spaced.

Tickets for Dervish range from $10 to $35, and the proceeds go to help maintain and restore the historic church. Purchase tickets on line at www.eventbrite.com/e/dervish-at-belleville-roots-tickets-228716285567.

From Ireland’s wild west, Dervish has been touring together for 30 years. It was recently awarded the Lifetime Achievement Award by the BBC. Previously the Sligo Borough Council cemented the group’s position as the preeminent Irish band giving it the prestigious Freedom of the Borough of Sligo award.

That put the band in heady company. The first artist awarded the borough’s recognition was poet W.B. Yeats.

A Dervish concert, Irwin said, “is a wonderful experience. It is a really great show.”

Dervish recently released its latest album, The Great Irish Songbook, which features its own songs with more than a dozen artists including Vince Gill, Steve Earle and David Gray,

“The Great Irish Songbook both preserves the boundless spirit of each song and brings a whole new vitality to iconic traditional songs of their homeland, one that’s sure to endure for generations to come,” according to the band.

She joins Tom Morrow on fiddle, Liam Kelly on Flute and Shane Mitchell on the accordion. Brian McDonagh and Michael Holmes provide the rhythm for concert performances that range from high energy tunes to inspiring melodies that lift audiences from their seats.

Dervish has been together for more than three decades, touring worldwide, which Irwin, who was a founder of Rounder Records, said, “is hard on any band. It is what they love. They thrive on it.”

The band has represented Ireland in the Eurovision Song Contest. And after the group toured China with the Prime Minister, Ireland’s premier music magazine Hot Press named the band the Best Traditional Folk Group.

Cheryl Wheeler, a singer, songwriter, humorist and social critic, has written for some of the best artists in folk music from Peter, Paul and Mary to Garth Brooks. She has a beautiful voice and is a natural storyteller with a sense of humor.

The Seldom Scene is a bluegrass folk group that have been performing for audiences for more than 40 years. It features talented musicians with a signature sound and a solid repertoire, combined with a sense of fun.

The Belleville Roots Music Series has grown significantly since its first concert in 2011. The Series has built community through music while it helps maintain and preserve the historic Belleville Church.

The concert series over the years has contributed $42,800 to the maintenance and repairs of the church.

Its sponsors include The Institution for Savings, the Newburyport Bank and the Massachusetts Cultural Council.