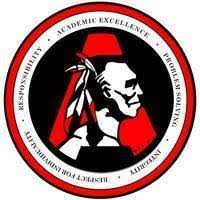 AMESBURY — The Amesbury High School community will be looking for a new mascot after Superintendent Elizabeth McAndrews supported the change and a special review committee voted nine to two to change the mascot from the Indians.

The School Committee is expected to vote on the mascot change this week.

McAndrews proposed that a committee of students and staff be formed to explore options for a new mascot and submit the top three choices for a vote.

“Being inclusive means finding something in which we can identify those values and include all students,” McAndrews said. “To that end, my recommendation is that we change our identifier.”

In an online survey earlier this fall, 1,087 of the 2,062 people who voted said they prefer to keep the mascot, while 869 wanted a change.

Responding to an evenly divided community over the Indian mascot, McAndrews said, “I understand that people will be, and are angry and disappointed with my recommendation. But for me, it is the only recommendation that I can make that supports and values all of our students.”

The School Committee created the mascot review committee last spring after two high school seniors proposed phasing out the Indian over a five-year period. The 18-member panel of students, staff and community members spent the summer studying the issue and an 11-member core group recently made its recommendation to the superintendent.

“As a washed-up athlete and coach, I have always loved playing and coaching under a mascot,” McAndrews said. “I have played and coached as a Viking twice, a Tiger, Pioneer, Redman and now as an Indian.”

She was a Dartmouth University student a few years after it dropped its Indian mascot in favor of a Big Green identifier.

The superintendent said she has always proudly represented her schools and mascots, wearing t-shirts and uniforms with the identifier on them. But almost everything about education has changed in her nearly 30-year career, she said.

In 2016, when the mascot issue came under review, the Indian kept, but with the condition that the school offer an elective Native American education course and no one was allowed to dress as a Native American.

A majority of students voted in the on-line survey to keep the Native American and current events course and make it a required course.