A Great Spot for Reading 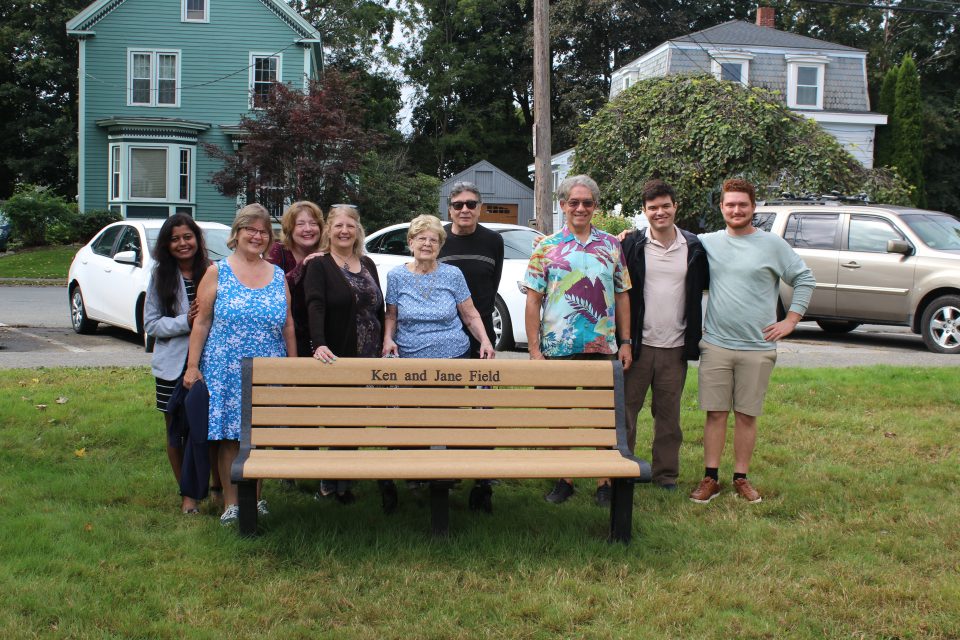 GEORGETOWN — On one of her frequent visits to the Georgetown Peabody Library, Jane Fields overheard a student asking for a copy of the Iliad, only to be told that the library had none.

She returned to her home on North Street and found in her attic a copy of Homer’s epic poem about the Trojan war. She brought it to the library for the student.

That experience put the energetic, creative Fields on a new path that has benefitted the town and her neighbors in many ways. She assumed other people might need to read books that she and her husband, Dr. Ken Fields, a popular optometrist, had collected, ones that could not be found in the library.

She placed a card table on her lawn, thinking she would leave books there for anyone to borrow. She thought she might try it for two weeks. The card table stayed on her lawn until 2011.

Fields expanded her work to promote literacy and help the library. She founded the Friends of the Library, a non-profit organization that raises money through an annual book sale and provides on-going programs for the library and its patrons. She served as a library board trustee and was instrumental in the town’s vote to build the current library.

To recognize her many contributions to the library, the Friends of the Library erected a bench in the side garden at the library in her and her late husband’s honor. “He (Ken Fields) did a lot of lugging,” she said. One time she had him crawl in a dumpster to retrieve a collection of books that had been thrown out.

Their bench is one of four installed this fall overlooking the children’s garden. The benches under leafy trees with a sea of green grass stretched out before them provide delightful outdoor reading spaces as they honor Georgetown residents who have been important in the library’s development.

The benches, which cost $425 each plus the lettering, were funded largely by a donation from the Georgetown Country Gardeners when the club disbanded several years ago. One of the benches is dedicated to the gardeners, whose only contingency was that the donation be used to promote horticulture.

“We have done that,” wrote the Friends of the Library president Elizabeth Hastings. “This year in the Pandemic, we decided to put benches in our garden. We have a children’s garden, and our children’s librarian maintains a book walk. It gets good use.”

The Friends “chose to put the names of Georgetown people who had been important to the library on the benches,” she wrote. 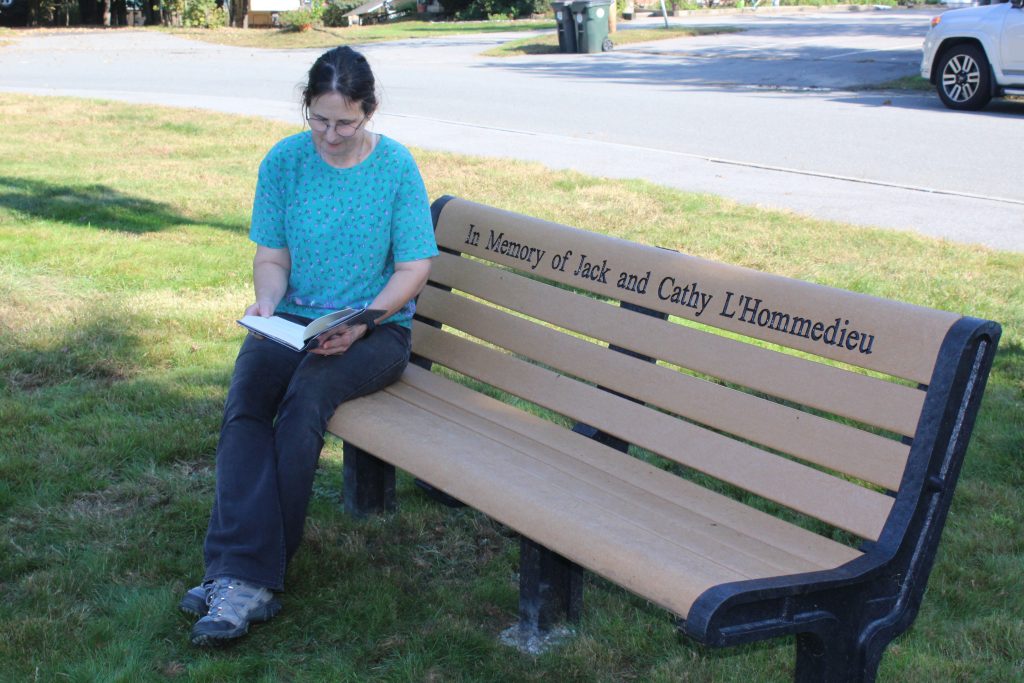 The other benches are dedicated to Michele Patton, the children’s librarian from 1999 to 2003, and to Jack and Cathy L’Hommedieu, who owned a local bowling alley and were active in town and community activities, including volunteering extensively at the library.

Susan L’Hommedieu Stuart, daughter of Jack and Cathy, recalled waiting for her mother in the basement of the old building, where the children’s library was. She believes she read every book curled up in a chair under the stairway.

Now she and her sister, Nancy Gallagher, a school librarian, can read books in the sunlight, sitting on the bench they dedicated to their parents in the outdoor garden.

“It makes me feel close to my mother,” Susan said. “I wish she was still here.”

Everyone who knew Michele Patton thought she was “a very special person,” her son, Chris, told the crowd who gathered at the dedication of the benches.

“She always had a twinkle in her eye and a ready smile,” he said.

Michele had a gift for kids. She was the mother in the neighborhood that kids gravitated to. “When she entered a room, she grabbed the first baby she saw,” he said.

Her work as the as children’s librarian brought a lot of joy in her life. “When she was at the library, she had a bounce in her step,” he said

The library traces its history to 1866 when it was started with a grant by industrialist and philanthropist George Peabody in 1866.