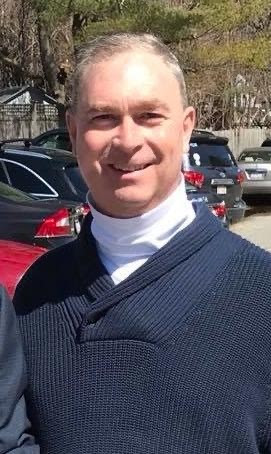 BOSTON – Governor Charlie Baker, Treasurer Deborah B. Goldberg and Attorney General Maura Healey announced the appointment of Representative Bradford R. Hill to the Massachusetts Gaming Commission (MGC). Per statute, two commissioners are appointed by a majority vote of the Governor, Attorney General and Treasurer. Representative Hill will fill the experience in gaming regulation and administration or gaming industry management seat. The Commission is bipartisan, with no more than three members representing the same political party. Representative Hill will fulfill the balance of a term that ends in 2025.

“Brad Hill has been a dedicated public servant for over two decades and has years of experience working with the Massachusetts gaming community,” said Governor Charlie Baker. “I am confident that he will be well-suited to serve in this new role during a transformative time in the Commonwealth’s gaming industry and am pleased to make this appointment.”

“In his decades of experience advocating for the residents of the Commonwealth and their needs, Brad Hill has a proven record of leadership on gaming policy,” said Lt. Governor Karyn Polito. “His demonstrated passion for the gaming industry, and his commitment to public service, will benefit the Commission and its work.”

“Brad Hill has spent his career advocating for our state and its residents,”said Attorney General Healey. “His knowledge of the gaming industry will be a great asset to the Commission during this critical time.”

“Representative Hill’s many years of business experience and public service, along with his commitment to serving our state, will positively impact the Gaming Commission and people of the Commonwealth,” said State Treasurer Deborah B. Goldberg, “We look forward to working with him in this new capacity and know that he will ensure fairness and equity as the industry continues to evolve.”

“It has been my distinct honor and privilege to serve the people of Massachusetts and the 4th Essex District for nearly 25 years,” said Representative Hill. “I am deeply grateful to the Governor, Treasurer and Attorney General for this incredible opportunity to continue supporting the Commonwealth, and am eager to begin this new chapter working alongside my fellow Commissioners.”

The Massachusetts Gaming Commission was created after “An Act Establishing Expanded Gaming in the Commonwealth” was signed into law on November 22, 2011. The Commission is a five member independent body that is responsible for developing and managing the process to select, license, oversee, and regulate all expanded gaming facilities in the Commonwealth. The costs associated with operating the state’s gaming commission are paid for by the gaming industry and not by Massachusetts tax dollars.

As State Representative, Representative Hill has worked to deliver bipartisan, commonsense results on issues such as coastal and environmental protection, education, criminal justice reform and healthcare for his constituents and residents of the Commonwealth. He has also been a determined advocate for the Massachusetts gaming industry and has authored and filed six pieces of legislation to authorize sports wagering.

A cancer survivor who received a bone marrow transplant in 2013 while continuing to serve in the House, Representative Hill resides in Ipswich with his wife, Aimee. They are the parents of two adult children, Zachary and Courtney.