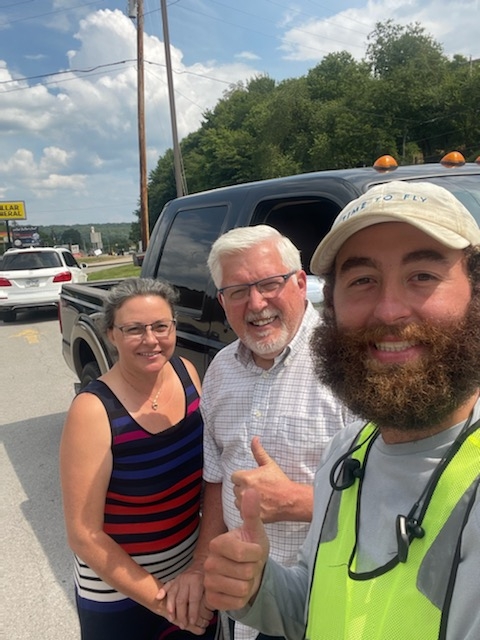 HAPPY VALLEY, PA – Mike Wilson made it to Penn State University last week, not to attend college, but just passing through on his Run Across America to raise money for two cancer organizations.

He expects to arrive on the Merrimack Waterfront on Sunday afternoon, Aug. 22, where he will be greeted by friends, family and local officials as the conquering hero, having run more than 3,000 miles.

Mike is running across the country to the Newburyport waterfront to raise money for two organizations, Lucy’s Love Bus in Amesbury and MaxLove Project in California. Both non-profit groups help people cope with cancer.

He has run more than 2,500 miles alone with only a running stroller to carry his essential supplies. There is no car or van following behind.

Last weekend, when The Town Common caught up with him, the conversation was punctuated by people in cars slowing to talk with Mike. They wanted to know where he had started the run, where he slept most nights and where he was headed.

Mike graciously told them he had started on the Santa Monica Pier in California and slept some nights in a motel bed, others in a tent outside.

Earlier in the week, he met a friend from when he ran the Appalachian Trail. The friend was biking across America in the opposite direction. Their paths crossed in Ohio.

By the time you are reading this article about Mike’s progress, he expects to be running through western New York state toward Boston, where he will spend his last night before running 38 miles to Newburyport.

To support Mike on his historic journey, consider donating to Lucy’s Bus.

Mike said he is excited to finish this long trip. Plan to be at the welcoming party at the Newburyport waterfront.

Pick up The Town Common next week and the next for more details about the welcoming event. 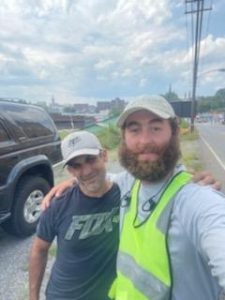